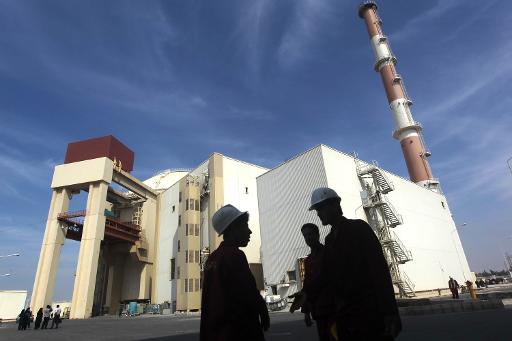 AFP- Iran’s ambassador to Moscow on Monday said Russia could build the Islamic republic a second nuclear power reactor in exchange for massive oil shipments that have raised grave concern in Washington.

Ambassador Mehdi Sanaei said the two close trading partners have been negotiating Iran’s delivery of hundreds of thousands of barrels of oil a day since a meeting at a regional summit in September between Russian President Vladimir Putin and his counterpart Hassan Rouhani.

Russian officials had previously neither confirmed nor denied the discussions. But they stressed that such deliveries would not break existing UN sanctions on the Islamic state.

However, Washington and the EU have imposed their own restrictions over Tehran’s disputed nuclear programme that also penalise countries and companies dealing in certain areas with Iran.

The White House last month expressed “serious concern” over the rumoured oil-for-goods swap — which one Russian report said concerned the delivery of 500,000 barrels of crude per day — because it could potentially boost Iran’s energy exports by more than 50%.

Sanaei said Iran was interested in acquiring Russian heavy trucks and railroad equipment in exchange for the deliveries.

“A part of the funds (for the oil sale) could also go toward the construction by Russian companies of a second nuclear reactor at Bushehr,” Sanaei told Kommersant business daily.

The plant’s single reactor produces 1,000 megawatts of electricity — a small fraction of what the oil-rich country says it wants to produce from nuclear power.

Sanaei’s confirmation of the oil-for-goods talks comes a day before world powers and Iran resume negotiations in Vienna aimed at reaching a comprehensive accord on Tehran’s nuclear drive.

Iran has agreed to freeze some nuclear activities for six months under a landmark interim deal sealed last November.

It won modest sanctions relief in return that also included a promise by Western powers not to impose new restrictions on its hard-hit economy.

But most of the Western oil sanctions against the Islamic republic remain in place.

Relations between Russia and Iran have wavered throughout history but included a close alliance in the 1980s after the fall of the shah.