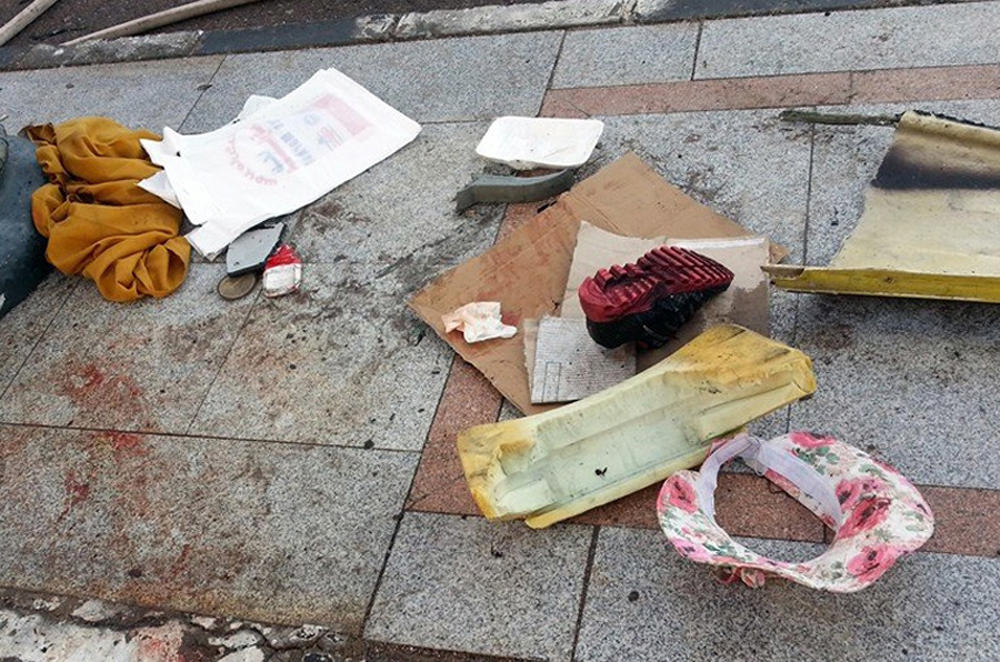 Militant group Ansar Beit Al-Maqdis has claimed responsibility for the bombing of a tourist bus that killed four people in the Sinai Peninsula. The Ministry of Interior also said the remains of a body thought to be the suicide bomber were found at the scene of the explosion.

The Sinai based group said in a Monday statement the attack is part of its “economic war” against the “treacherous regime”. The group accused the government of “targeting believers” and “using the money and assets of Muslims, murdering the innocent and imprisoning women”.

The group also alleged that the government is “razing” the land along the “border with the Zionist entity” and forcing people to leave the land. The statement added that these actions are carried out “to satisfy its [the government’s] Jewish masters,” and occurs “while they bomb our Muslim brothers in Palestine,” referencing Israeli attacks on the Gaza strip. They also pledged to continue their attacks on the economic interests.

A Ministry of Interior official confirmed on Tuesday that the forensics authority found the remains of an “unidentified body”, which is thought to be that of the suicide bomber who carried out the attack. The official added that these remains will be checked against DNA records of the suspects.

Ansar Beit Al-Maqdis has carried out a series of attacks on gas pipelines in the Sinai Peninsula, which is a source of income for the Egyptian government. Earlier in February the group claimed responsibility for two attacks on the same pipeline in as many days, and the fifth attack on a gas pipeline since the ouster of Mohamed Morsi in July 2013 and the 19th since Hosni Mubarak was overthrown in February 2011. The group has also claimed a string of bomb attacks in the Greater Cairo area including an assassination attempt on Minister of Interior Mohamed Ibrahim.

The explosion that occurred on Sunday in Taba, which is on the border with Israel, killed three South Korean tourists and the Egyptian driver of the bus that was ripped apart by the explosion. Sixteen others were injured in the blast and received treatment in Sharm El-Sheikh International Hospital. The health ministry confirmed that while all patients were in a stable condition, two required surgery to mend broken bones. Egyptian authorities are working with South Korean embassy officials to ensure the wounded and the bodies of the dead are transported to their home country.

The funeral for the driver, Sami Joseph Girgis, was held on Tuesday afternoon in Ain Shams. The prosecution ordered the release of the bodies, which will allow for the bodies of the dead South Koreans to return to South Korea. The Ministry of Interior official confirmed that the injured South Koreans had left Egypt.

Spokesman for the Israeli Ministry of Foreign Affairs Yigal Palmor, speaking about the security situation in Sinai, said: “We are naturally concerned by the situation in Sinai, in as much as it affects our border.” He added: “We trust the Egyptian security forces to do whatever they deem necessary.”

A source at the Ministry of Interior told Daily News Egypt on Monday that the testimonies of eyewitnesses claim to have seen a man enter the tour bus while the driver was loading the bags. It was not clear if the unidentified man was still on the bus when the explosion occurred, but it is suspected that it was a suicide bombing.

The explosion was met with widespread condemnation, domestically and internationally. Spokeswoman for the United States Department of State condemned the attack, describing it as “cowardly”. European Union High Representative for Foreign Affairs and Security Policy Catherine Ashton called “for the perpetrators of this heinous act to be brought to justice”.

Egypt’s tourism industry is one of the largest sectors of the economy, but has declined sharply since the 25 January Revolution. Earlier in February, Minister of Tourism Hisham Zaazou was hopeful that tourist arrivals to Egypt would increase by 3 million in 2014. Spokeswoman for the Ministry of Tourism told Daily News Egypt on Monday: “There is not one single place on the planet that is 100% safe.” She pointed to terrorist attacks in London, New York and Madrid, adding “we are trying our best to up security and the Egyptian government is doing its best to protect Egyptians and tourists alike.”