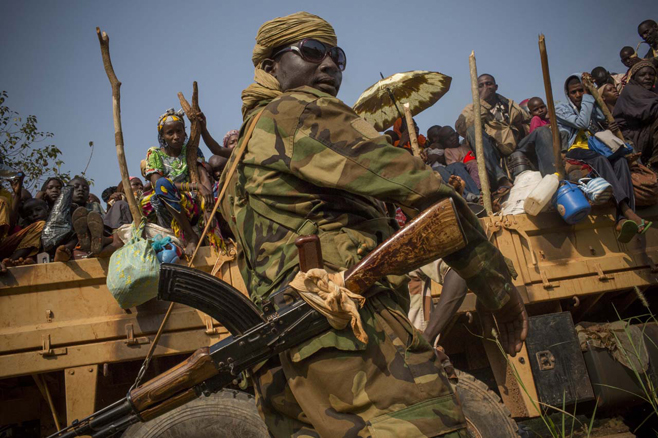 The Episcopal Church in Egypt has joined the growing number of groups who have condemned Christian attacks on Muslims in the Central African Republic (CAR).

In a Tuesday statement, The Reverend Mouneer Anis, Bishop of the Episcopal and Anglican Diocese of Egypt, North Africa and the Horn of Africa, and the President Bishop of the Province of Jerusalem and the Middle East, said he hoped the international community would respond to “stop this humanitarian disaster”.

Recent infighting in the CAR began in April 2013 when Muslim forces, called “Selekas”, deposed François Bozizé from the presidency.  According to Human Rights Watch (HRW), Selekas were responsible for “massive” humanitarian abuses after their ascension to power, including “massacres, rapes, executions, torture and the burning of hundreds of villages.”  Subsequently, nearly 20% of CAR residents were forced to flee their homes and relocate to refugee camps.

HRW reported that the Christian “anti-balakas joined with the remaining Bozizé loyalists  in the CAR and began to fight back in September, intensifying attacks on Muslims in the last two months with their own series of bloody massacres. The anti-balakas have looted and burned Muslim homes, and displaced groups not aligned to either side.  As the country slips deeper into chaos, many Muslims have fled to the northwest of the CAR and to neighbouring countries, fearing further violence.

“Such attacks contradict with the teaching of Jesus Christ, who calls us to love, especially to love neighbours, regardless of their beliefs,” said Mouneer.

In late December, the United Nations deployed over 1,000 peacekeeping troops to curb violence and promote disarmament.

The ongoing humanitarian crisis in the CAR has sparked a plethora of international responses, with the United States, European Union and the United Nations all offering strong condemnations.

On 23 December, Al-Azhar issued a statement that condemned the violence, and “appealed to the Central African Republic government to shoulder its responsibility towards Muslim and non-Muslim citizens as well as take all necessary measures to protect them against extremists”.