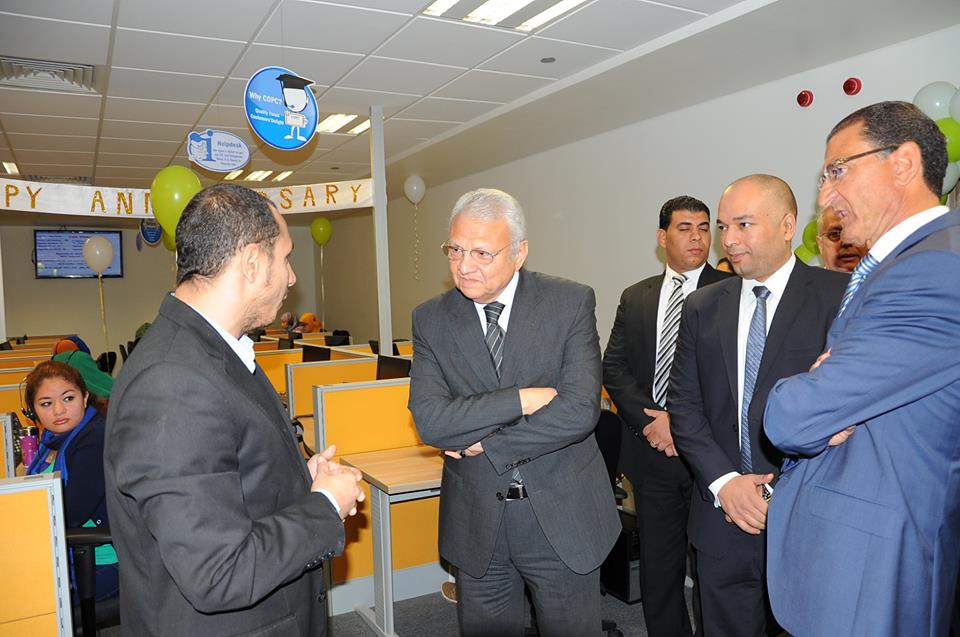 Minister of Communication and Information Technology Atef Helmy attended the opening ceremony, which also celebrated the partnership between Raya and Etisalat Misr. The new centre will offer Etisalat’s customers technological services, according to a Monday statement from the Ministry of Communication.

“Around 5,000 job opportunities have been created through this centre, in addition to an expected 1,000 opportunities that will be generated a year from now,” read the statement.

The communication center, which advances Raya’s strategy to expand in the Egyptian market, makes Raya the largest communication and information technology firm in the Middle East, according to the statement

Raya Corporation was established in 1999 when seven IT companies decided to converge to create one of the largest IT firm in the Middle East. The group operates in various industries, such as consumer electronics, information technology, contact centers, remanufacturing and land transportation.

The technological investment zone in Maadi was established to attract foreign investments in the fields of communication and IT and increase technological exports. The government hopes to increase IT exports to $1.6bn, an increase from the current $1.4bn.

The first phase of the technological investment zone kicked off in June 2010, with the buildings spread over a total area of 75 acres. It was forecasted to create 40,000 direct and indirect job opportunities.

A second phase of construction was completed in June 2013, including five buildings “equipped to accommodate companies in information technology services”.

In the coming months, three more buildings will be established to meet rising demand. This phase will occupy 24,000 square metres, and will be operational by the second half of 2014.