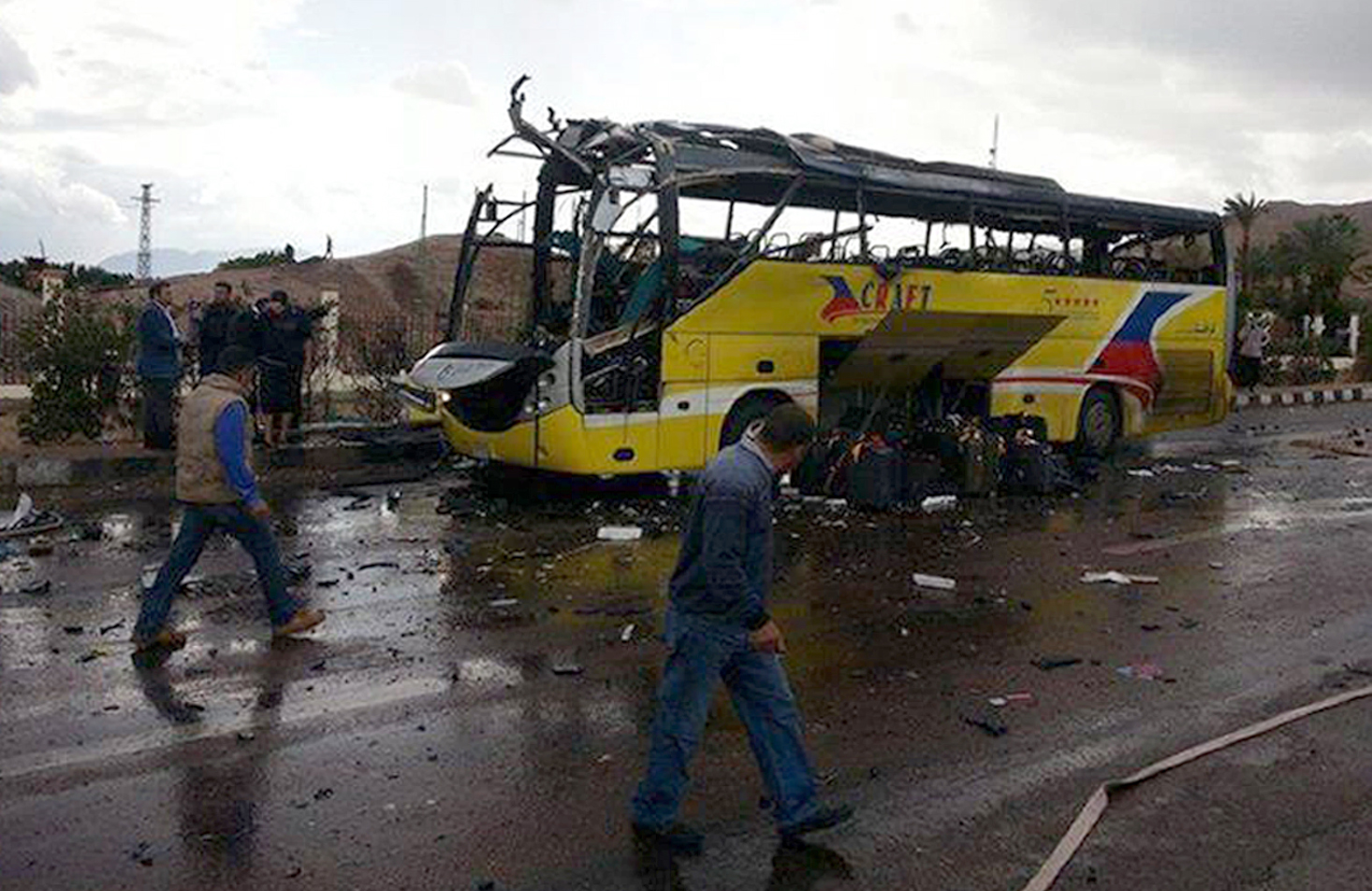 Girgis is one of four who died on Sunday when a bomb ripped through a tourist bus in the town of Taba, situated on the Egyptian-Israeli border. The other three deceased are South Korean nationals.

Zaazou and Minsiter of Health Maha Rabat both travelled to the Sinai Peninsula after the bombing, spoke with the victims and made preparations to transport the bodies and the wounded back to South Korea.

Zaazou delivered a report to the Cabinet on Wednesday, telling the ministers that security had been “tightened in all tourist areas” and that work is underway on the installation of surveillance cameras and monitoring equipment” to further improve security in tourist areas.

The Cabinet released a statement confirming Egypt’s commitment to combat “desperate attempts by the forces of terrorism and extremism to destabilise and threaten the security of the homeland and the citizen”.

Sinai-based militant group Ansar Beit Al-Maqdis claimed responsibility for the attack in an official statement released on Monday. The group said the attack was part of its “economic war” against the government, which has previously only targeted gas-pipelines.

The attack is suspected to have been a suicide bombing after forensics found the remains of an “unidentified” body at the scene, although the Ministry of Interior is still investigating the incident.