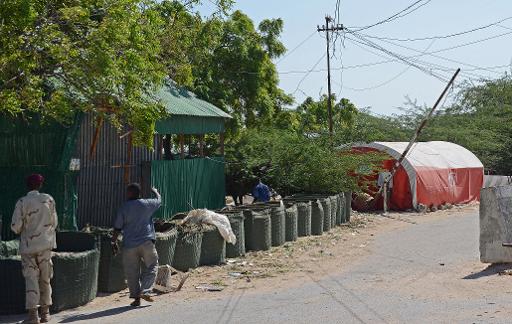 A huge car bomb exploded at the perimeter of the central Mogadishu complex, and a group of around a dozen suicide attackers breached the Villa Somalia compound. Shebab rebels immediately claimed responsibility.

The UN’s special envoy to Somalia said the country’s president, Hassan Sheikh Mohamud, had telephoned to say he was unharmed in the attack against the complex, one of the best-defended locations in the war-torn country.

“There is a large attack on the presidential palace. Initial reports are that a suicide car bomber hit the gate and exploded, then men with guns followed,” police officer Mohamed Ali told AFP. Another source said he saw at least nine gunmen attack.

“Security forces are dealing with terrorists who blew up a car… and there is exchange of fire. We have no details of the casualties but of course there are casualties,” said Ahmed Moalim Adan, a security official near the scene of the attack.

Witness Hussein Isa said the attackers were fighting inside the presidential compound.

“A suicide bomber rammed a car full of explosives into the perimeter wall of the presidential palace and another one with heavily armed men penetrated the area where the first one hit. There is heavy exchange of gunfire continuing inside the building but we cannot tell what is happening,” said the witness.

A military spokesman for Shebab told AFP that the group was behind the attack.

“Our commandos have attacked the so-called presidential palace in order to kill or arrest those who who are inside,” Sheikh Abdul Aziz Abu Musab said.

“We are still holding some of the buildings and the fighting is continuing. The enemy had suffered a great deal of harm but I don’t have the exact casualty figures,” he added.

The attack came just a week after the militants carried out a suicide car bomb attack at the gates of Mogadishu’s heavily-fortified international airport, and the Shebab spokesman said the group wanted to show “that no place is safe for the apostate government”.

“The airport, so-called presidential palace and anywhere in Somalia can be attacked as we plan,” he warned.

The sound of intense gunfire and numerous explosions could be heard coming from the presidential complex, AFP reporters said, but the gunfire then died down — although it was not clear if the complex had been fully secured.

In a message on Twitter, UN special envoy Nick Kay said the president “just called me to say he’s unharmed” and that the “attack on Villa Somalia had failed.”