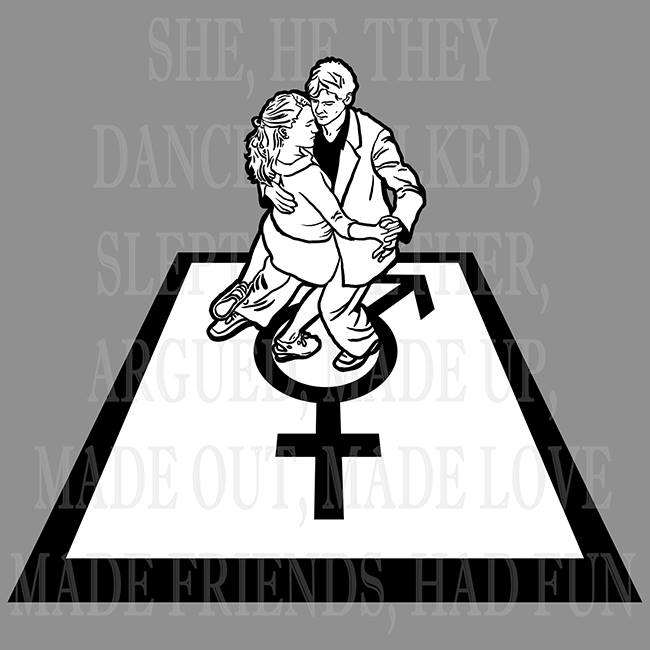 Walking in Egypt’s streets is a daunting experience for many women. There are always people leering at you, trying to talk to you or hurling insults and sexual innuendos at you. Given this reality, the idea of a flash mob by women on any of the capital’s streets is far-fetched and for many just downright absurd. However, on 14 February, a group of women took to the streets of Korba in Heliopolis and started dancing to the surprise of many bystanders.

The event was part of the One Billion Rising initiative. According to their website: “The One Billion Rising is a global call to women survivors of violence and those who love them to gather safely in community outside places where they are entitled to justice – courthouses, police stations, government offices, school administration buildings, work places, sites of environmental injustice, military courts, embassies, places of worship, homes, or simply public gathering places where women deserve to feel safe but too often do not.”

We contacted the organiser of the event in Egypt, Sally Salama, for more information.

“This was a personal initiative here in Egypt and luckily I found someone else who was doing another event called Cairo Rising for Justice,” Salama said. “I decided to organise something this year three weeks before February 14 and put an event on Facebook, which is how most people came to know about it.”

The event was created to raise more awareness about women’s rights.

On social media websites, people voiced their opinions concerning the initiative. Many women thought the event was counter-productive, thinking that it invites sexual harassment rather than prevents it. We asked Salama about the reactions they got on the street.

Korba is relatively a safe street in a posh neighbourhood, so any sexual harassment was expected to be minimal, she said.

“The flash mob was the most controversial because it was on the street,” she said. “People passing by did not object; most didn’t know what was going on, and others weren’t interested. We were not bothered at all, different people stopped to talk to us and asked us what we were doing; parents brought their children to talk to us about the cause and get more information about other events that we do to empower women and help end sexual harassment through the local movement Igmadi.”

Salama also noted the reactions beyond the ones on the street.

“In a wider perspective, we had a mix of supporters and attackers,” she said. “The controversy was caused by labelling our video ‘Girls Dancing on the street’ and many people did not read what the flash mob was about. It is a form of expression in our society that was probably never used before so of course there is a lot of rejection for the idea. On a positive note, supporters want to help out in any way possible and we are currently planning on using all the positive energy in our next move towards our main goal; ending violence against women and impunity [of the perpetrators].”

Salama said that about 40 to 45 women participated in the flash mob, and she continues to work with Igmadi for future initiatives and events.