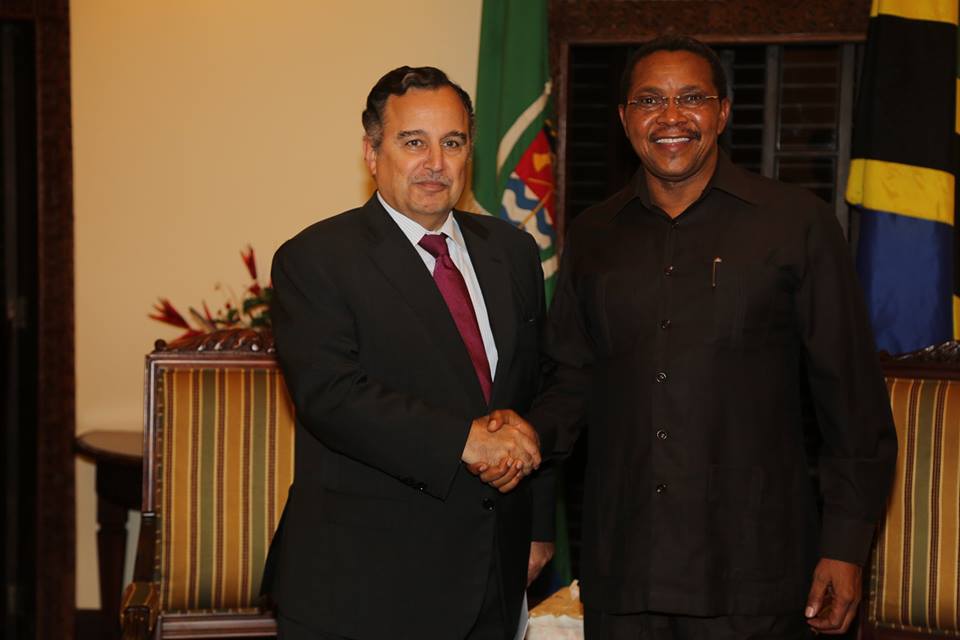 According to statement issued by Foreign Ministry spokesman Badr Abdelatty, Fahmy, in addressing the Nile water issue, said: “Egypt relies on Nile water for more than 95% of its annual needs of water, which makes the Nile River the only lifeline for Egypt, unlike the rest of the Nile Basin countries”.

Fahmy added that Egypt’s needs for water are growing just as much as the rest of the Nile Basin countries’ needs for electricity and development, which can only be achieved through cooperation. Egypt’s foreign minister stressed the importance of adopting the dialogue and understanding of others’ needs to achieve mutual benefits for all Nile Basin countries without harming the interests of any party.

During a meeting on Friday with his Tanzanian counterpart, Bernard Membe, Fahmy said the Nile River “should remain a source of cooperation and prosperity for the Nile Basin countries”, warning against the river becoming “a source of struggle and tension”.

The Ethiopian president in turn “expressed [to Egypt] his country’s full understanding of the Nile water” the foreign ministry statement said. Kikwete said that based on universally accepted principles, upstream countries should notify and consult with downstream countries before building projects that may affect water flow to downstream countries.

Egypt fears that Ethiopia’s construction of the electricity generating Grand Ethiopian Renaissance Dam will have a detrimental effect on its share of Nile Water. According to a 1959 agreement signed between Egypt and Sudan, both downstream countries, the majority of Nile Water is divided solely between the two countries.

Additionally, Fahmy addressed Egypt’s relations with the African Union and the importance of quickly “correcting” the union’s Peace and Security Council’s decision and returning Egypt to its natural role in the African Union, given that it is one of the union’s founding fathers.

Egypt’s relations with African countries received a blow following former president Mohamed Morsi’s ouster in July, following which Egypt’s membership to the African Union Peace and Security Council was suspended. The foreign ministry has repeatedly expressed its rejection of this decision.  In late January, the African Union (AU) High-Level Panel for Egypt “affirmed the correctness” of the decision.

Fahmy headed to Tanzania on Thursday night, concluding his visit with a talk with President Kikwete.

His next stop is the Democratic Republic of Congo, another Nile Basin country, where he is scheduled to deliver another message to the president and lead an Egyptian delegation to the Common Market for East and South Africa (COMESA) Trade Agreement’s 17th Heads of State Summit.

Fahmy said strengthening economic, commercial and political ties with its African brothers, particularly Tanzania, is one of the top priorities of the Egyptian government.

Foreign ministry spokesman Abdelatty had described the trip as a “quantum leap” in Egypt’s relationship with the African continent and said that Egypt’s participation in the COMESA summit comes “amid a strategic vision which aims to strengthen economic and trade relations between the trade agreement’s 19 member-states”.