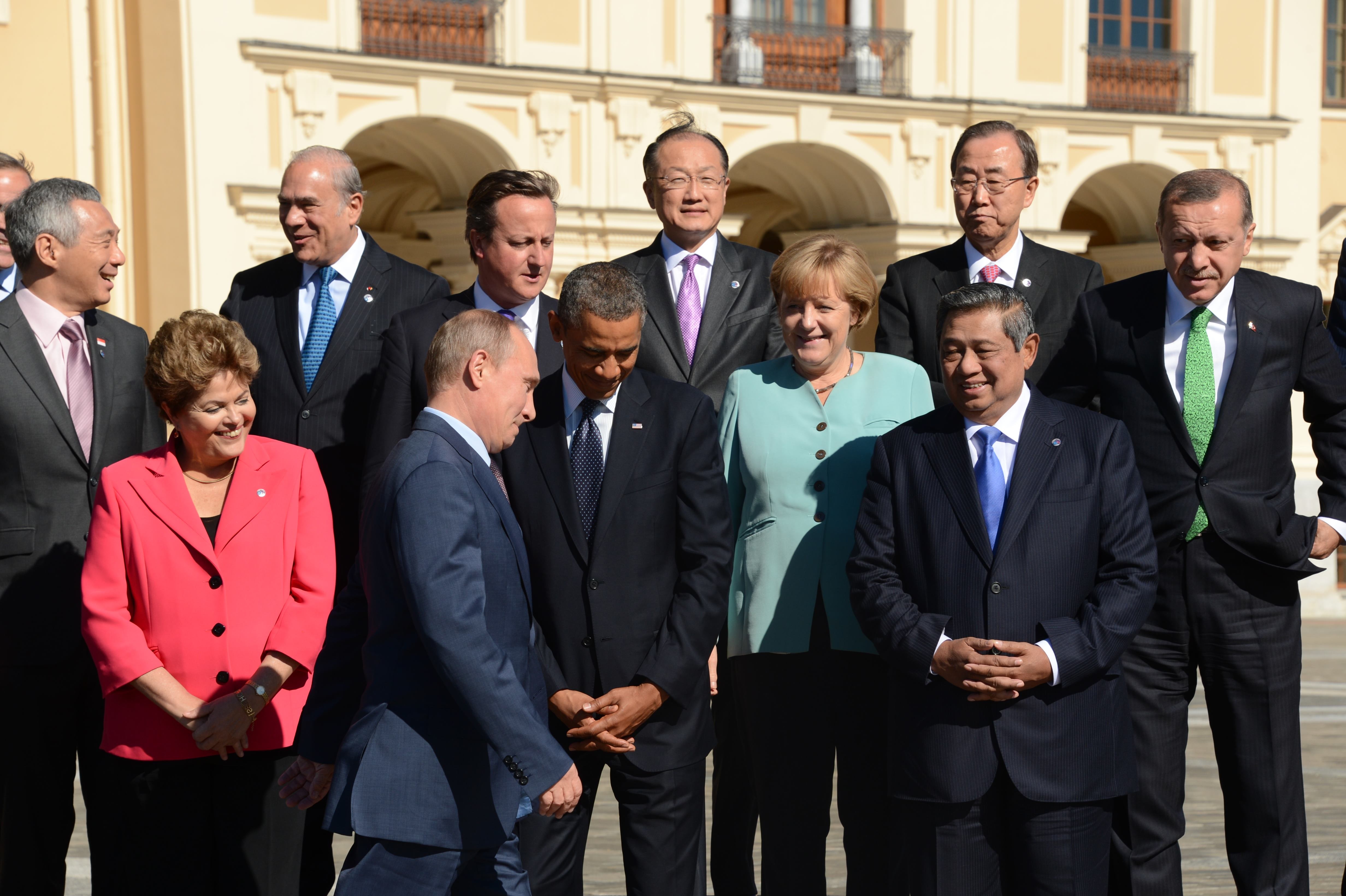 AFP – The world’s biggest economies vowed Sunday to boost global growth by more than $2tn over five years, shifting their focus away from austerity as a fragile recovery takes hold.

Finance ministers and central bank governors from the Group of 20, which accounts for 85% of the world economy, also agreed to pursue greater transparency about monetary policy after rifts about the US taper.

They expressed “deep regret” that reforms to the International Monetary Fund have stalled, because the United States Congress has yet to ratify them.

After their meeting in Sydney, the G20 ministers issued what host Australia called “an unprecedented” and unusually brief two-page statement to drive “a return to strong, sustainable and balanced growth in the global economy”.

“We will develop ambitious but realistic policies with the aim to lift our collective GDP by more than two% above the trajectory implied by current policies over the coming five years,” they said in reference to two percentage points.

“This is over US$2tn more in real terms and will lead to significant additional jobs.”

US Treasury Secretary Jack Lew stressed at a press conference that the G20 had left the austerity debate behind and was fully focused on growth.

“If you look where we were a year ago, debating austerity… This (weekend) was a debate about how can we work together to share best practices and develop an approach where our individual economies can grow and the global economy can hit the objective that is set forth in this text,” he said.

The IMF has said the strategy could add half a percentage point to global growth annually over four years starting next year.

The fund currently projects growth of 3.7% this year and 3.9% in 2015, with each G20 country to hammer out the finer points before the leaders’ summit in Brisbane in November.

“We believe that if the reforms that have been identified are adhered to, delivered by the various authorities, then that is a goal that can be achieved or possibly exceeded,” said IMF chief Christine Lagarde, adding that meetings were held in an “excellent spirit”.

Ministers said the figure could be reached by increasing investment and employment and enhancing trade, adding that there was “no room for complacency” and that addressing the challenges “requires ambition”.

Australian Treasurer Joe Hockey, the G20 chair, had been pushing ministers to agree to faster global growth targets, with private-sector investment as a central plank.

He stressed the need for structural reforms to drive growth.

“We know reform is hard. We have to earn economic growth and new jobs,” he said after the meeting ended.

“It will take concrete actions across the G20 to boost investment, trade, competition and employment opportunities, as well as getting our macroeconomic fundamentals right.”

The fallout being felt by some emerging economies as the US Federal Reserve winds back its mammoth stimulus programme was another lightning-rod issue in Sydney.

Acknowledging complaints by emerging economies that a lack of communication has worsened the impact on their markets, which have suffered capital flows and currency volatility, the G20 agreed to more transparency.

“We all stand ready to take the necessary steps to maintain price stability, by addressing in a timely manner deflationary and inflationary pressures,” they said in a final communique.

“All our central banks maintain their commitment that monetary policy setting will continue to be carefully calibrated and clearly communicated in the context of ongoing exchange of information and being mindful of impacts on the global economy.”

Hockey, who agrees with the US that countries must make their own reforms to bolster their economies and blunt the impact of quantitative easing, said there had been “honest” discussions about the impact of tapering.

“The fact is that there was proper recognition that the movement of monetary policy in major developed countries either way, whether it be tightening or easing, has an impact,” he said.

“There was proper recognition that that would be taken into account in the foreseeable future.”

The meeting also made clear its “deep regret” that IMF reforms to give a greater say to emerging-market economies, and particularly China, have stalled. The US Congress has refused its support despite requests from the White House.

“Our highest priority remains ratifying the 2010 reforms, and we urge the US to do so before our next meeting in April,” the G20 said.

Emerging-market economies, including China and Brazil, have complained for years that their relatively small voting rights in the institution do not properly reflect their real power in the world economy.