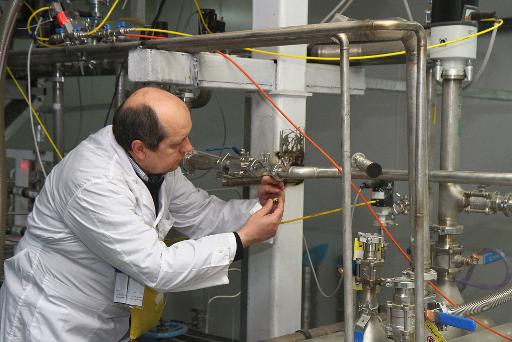 AFP – Iran and world powers will hold technical talks “next week” in Vienna ahead of a political meeting to negotiate a comprehensive nuclear deal, a top Iranian negotiator said Sunday.

Iran and the P5+1 group of world powers agreed last week on a timetable and framework for the negotiations for an accord that would allay Western concerns about Iran’s nuclear programme in return for the lifting of crippling sanctions.

“The issues on the agenda are enrichment [of uranium], the lifting of sanctions and international cooperation on peaceful nuclear energy,” said Abbas Araqchi, also a deputy foreign minister.

Cited by the official IRNA news agency, Araqchi said the talks would take place on the sidelines of a meeting of the International Atomic Energy Agency’s Board of Governors “next week.”

He did not specify the dates but the board is set to convene a meeting in Vienna from 3 to 7 March.

Negotiators hope to reach a final accord by 20 July, when an interim agreement reached in November is set to expire.

Western nations and Israel have long suspected Iran of pursuing a nuclear weapons capability alongside its civilian programme, charges denied by Tehran.

Under the interim deal, Iran agreed to curb or freeze parts of its nuclear programme for six months in exchange for limited sanctions relief. The agreement came into effect 20 January.

Political directors from the P5+1 group of world powers — the United States, Britain, France, China and Russia plus Germany — are set to resume talks with Iranian nuclear negotiators on 17 March in Vienna.

EU foreign policy chief Catherine Ashton, lead negotiator for the P5+1, will visit Tehran on 9 and 10 March, according to Iranian media reports.