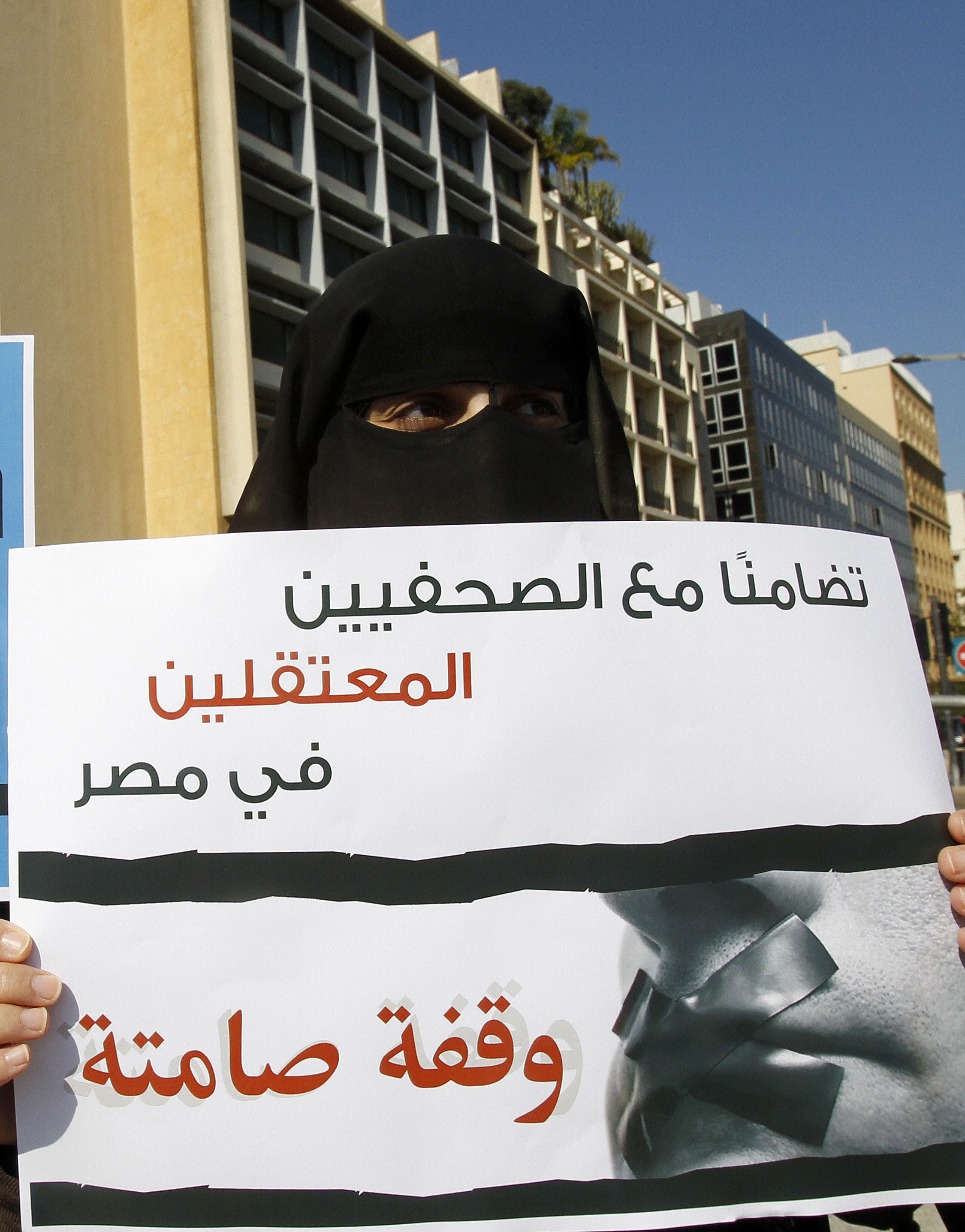 By Ali Omar and Aya Nader

The Arab Network for Human Rights Information released a statement Monday condemning the referral of two journalists to a Cairo military court.

The journalists, Amr Salama and Islam Al-Homsi, were referred to a North Cairo military court after three months of what ANHRI refers to as arbitrary detention. Salama and Al-Homsi are being charged with “attempting to harm the armed forces”, a charge that was filed against them after they allegedly released leaked recordings of Field Marshal Abdel Fattah El-Sisi.

Salama and Al-Homsi were arrested on 12 November and 18 November 2013 respectively. An investigation into their alleged crimes lasted three months.

ANHRI calls the military trial “a clear violation of freedom of opinion and expression” and “a continuation of the arbitrary measures taken by the Egyptian authorities recently against journalists, media professionals, and opinion makers”.

Amr Imam, a human rights lawyer with the group Nation Without Torture, agreed with the ANHRI statement, saying that what is happening in Egypt is a very clear oppression against journalists. He added that no journalist should be tried in front of a military court unless they directly assault military bases or staff.

The human rights organisation calls on the military to drop the charges and release the journalists, as well as an end to the intentional targeting of journalists that are critical of the interim authorities.

The constitution also guarantees freedom of press except for “limited censorship in time of war or general mobilisation”.

Journalists Against Torture, a group running a monitoring centre that tracks abuses against journalists, released a statement Monday citing constant violations of the rights of journalists in Egypt.

Ashraf Abbas, coordinator of the monitoring centre, said that the centre is a tool to put pressure of legal bodies and support for journalists who have either been attacked or detained in protests.

“Security forces are supposed to protect journalists,” Abbas said. The statement claimed that 40 journalists have been arrested since the ratification of the constitution. Of the 40 arrested, 11 are still detained and facing prosecution with charges of inciting violence and being members of the Muslim Brotherhood.

“Many journalists are being tried during these days in an apparent contradiction and violation of the constitution,” said Abbas.

Journalists, the group claims, are suffering both at the hands of civilians and the hands of security forces.

Abbas said that the treatment of journalists in Egypt is a clear indication that all sides are agitated, viewing reporters and photographers as “gathering evidence” of abuses both by the security forces and protesters.

Journalists Against Torture also condemned the death of killing Nabd News Network’s reporter Mostafa El-Doh during the third anniversary of the 25January revolution.