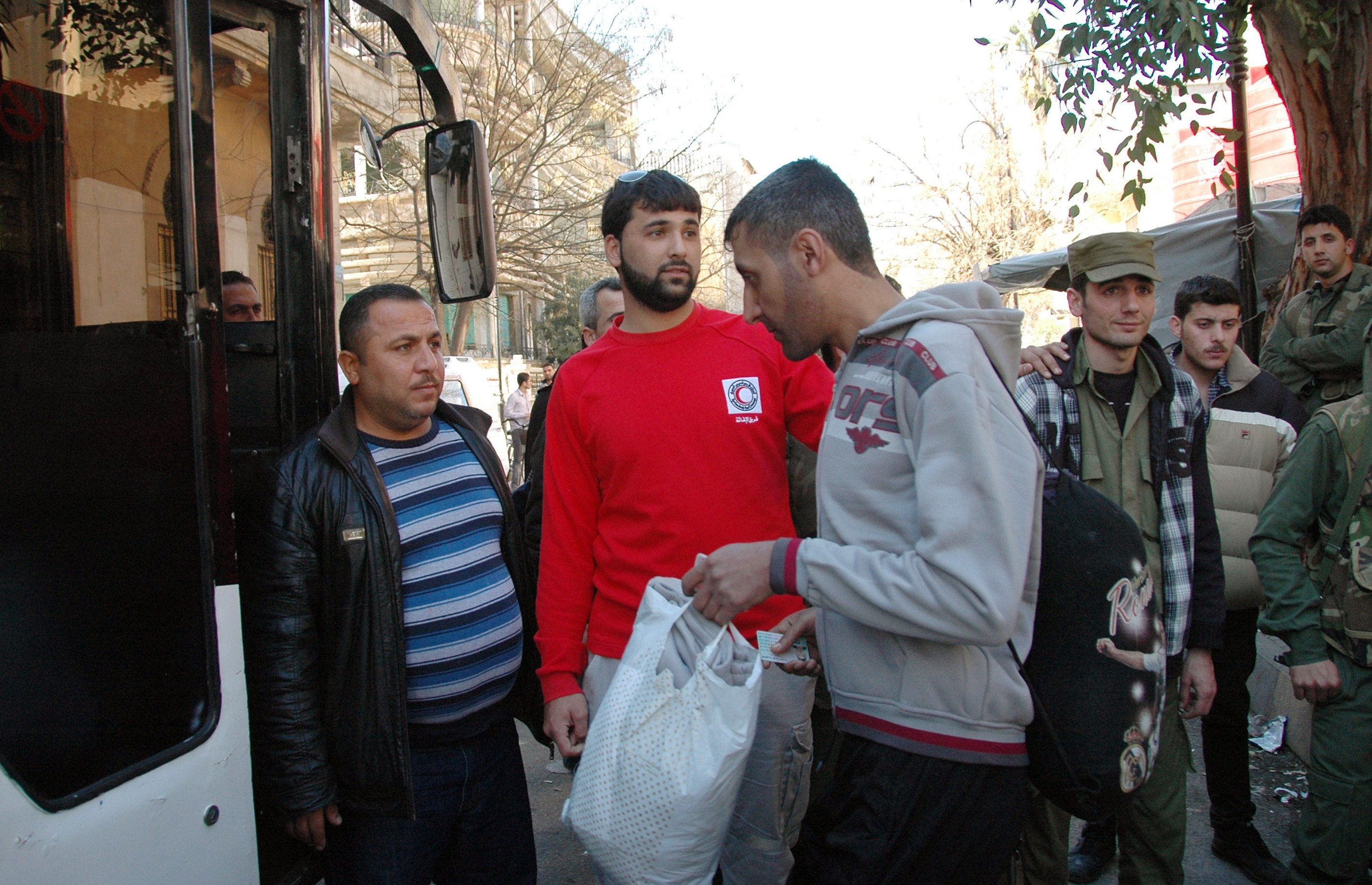 AFP – Another 60 boys and men who were being held by Syria’s authorities after their evacuation from besieged Homs have been released, governor Talal Barazi told AFP Monday.

The detainees, aged from 15 to 55 years, were among some 1,400 people evacuated from rebel-held districts in the heart of Syria’s third city after a year and a half under a choking army siege.

The evacuation beginning 7 February was part of a UN-supervised humanitarian operation that also saw the delivery of some food supplies into the neighbourhoods, where people have been surviving on herbs for months.

Sixty males were released on Sunday “after their status was cleared”, Barazi said.

According to figures provided by the governor, the latest releases bring to 330 the number of males so far freed by the authorities.

Another 181 are still being held.

“Their cases will be dealt with this week,” Barazi said, adding that among them are those with an “irregular” legal status – a possible reference to army defectors.

They too would have their situation “rapidly normalised”, the governor said.

The aid mission to Homs came to an abrupt end after a week, as government air strikes and fighting resumed.

The mission had been made possible by a truce agreement between rebels and the regime, though both sides blamed each other for breaking the deal by carrying out attacks, including on an aid convoy.

Activists say the food aid delivered ran out very soon after it arrived, and that hundreds of people trapped in the besieged neighbourhoods are now back to surviving on herbs.