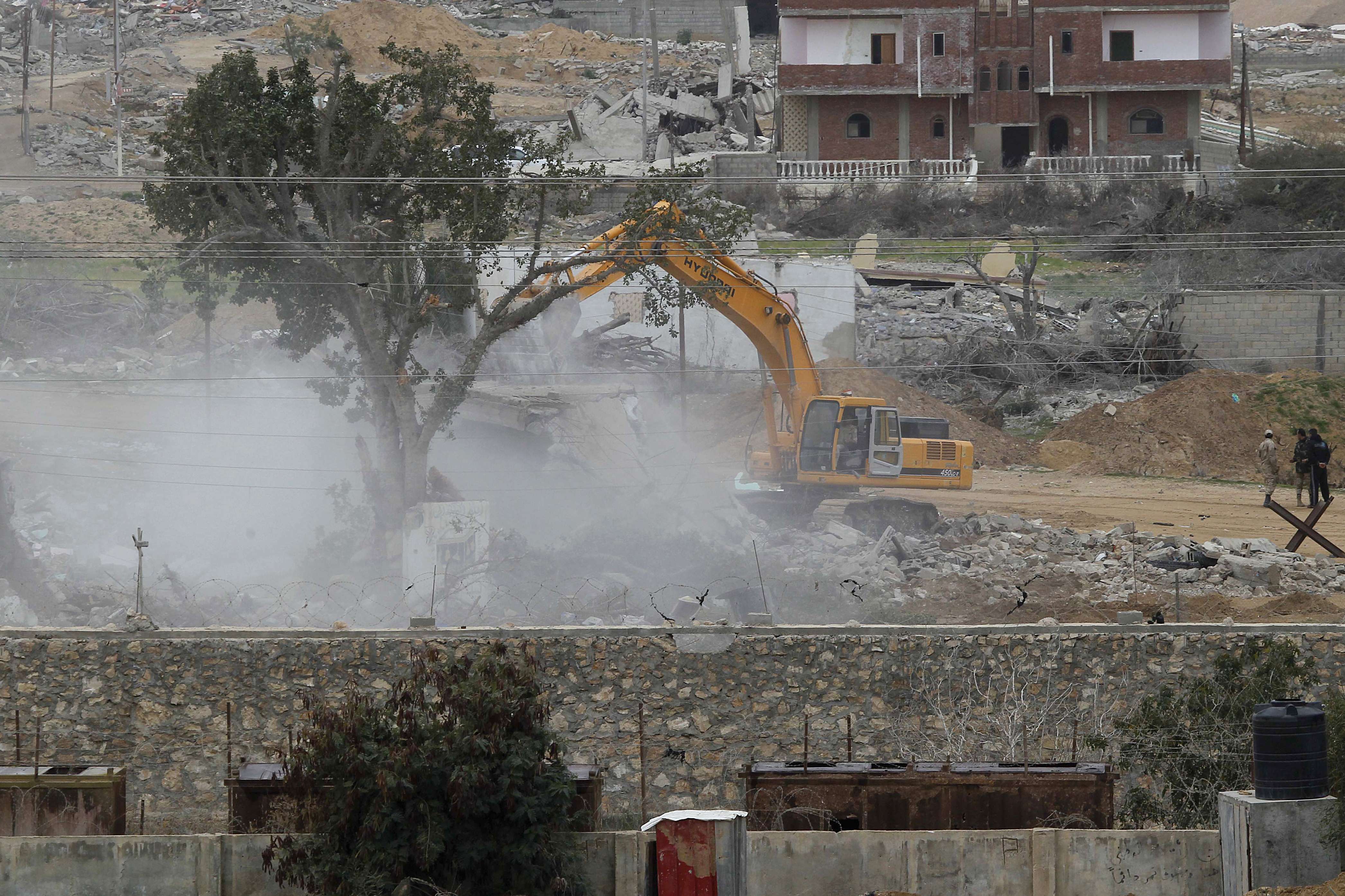 The military killed 14 militants and arrested 23 others in Sinai between 21 and 23 February, military spokesman Ahmed Ali said in a statement Monday.

The military also burnt 18 unlicensed vehicles that militants allegedly used to target military and police forces, and 24 huts used as attack bases, according to the statement. Forces destroyed 11 stores that were housing goods the military believed militants intended to smuggle to Gaza strip.

The 23 arrested militants are currently going through a security clearance.

In coordination with Central Security Forces and the military, the Ministry of Interior has launched an extensive campaign to eradicate militants from Sinai, said Sayed Shafiq, an interior ministry assistant.

“The military works with the interior ministry and the intelligence service to get its information [about militants], then confirms it with civilians [in Sinai],” the military spokesman’s office said.

Many militant groups are outsiders, so they are easily detected by the tribesman of the area, the office said.

Armed groups in Sinai have mostly attacked gas pipelines that run through the region and security outposts, but terrorist attacks have escalated the past two months.

Last month a military helicopter was shot down in Sinai. The attack was claimed by militant group Ansar Beit Al-Maqdis, which has also claimed responsibility for a number of attacks in Sinai, Ismailia and Cairo, including the bombing of a tourist bus that killed four people on 16 February.