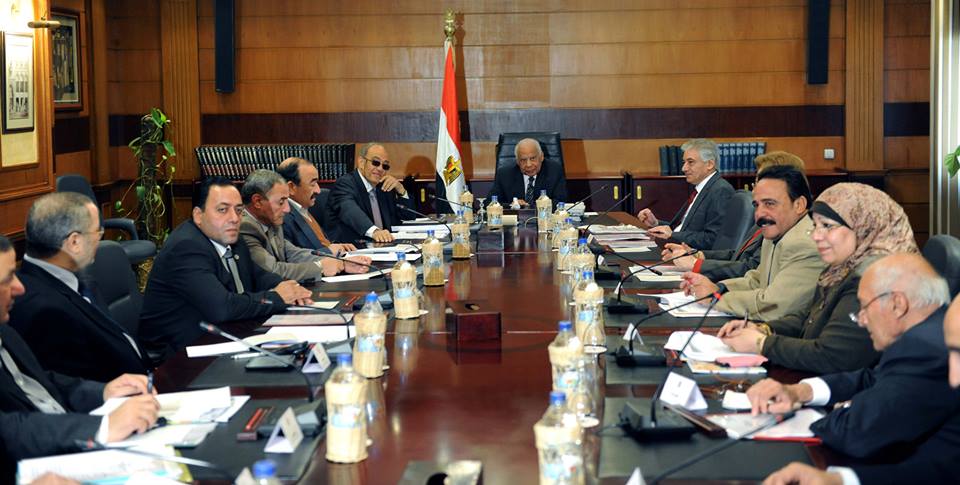 On Sunday interim Prime Minister Hazem El-Beblawi met with the ministers of Finance, Social Solidarity and Manpower to discuss pension issues. The meeting was attended by head of the General Union of Pensioners, head of the Egyptian Trade Union Federation (ETUF) and representatives from pensioners and trade unions, a statement from the cabinet said.

El-Beblawi was expected to oversee agreements reached between the ministries of Finance and Social Solidarity and pensioners, according to the statement.

Kamel stated that the head of ETUF has not recently met with her syndicate to discuss their demands.

The Pensioners Solidarity Syndicate stated that the government owes pensioners EGP 600bn, as the National Investment Bank (NIB), a state bank managing public investment, had lent this money to governmental agencies “and has not provided pensioners with the interest owed to them”.

According to Law 119/1980, pensions and insurance funds are committed to depositing their surplus fund into NIB, which uses these funds to finance the investments of state agencies.

The Ministry of Finance denied in December that the money allocated for pensions and insurance and the state’s budget had been combined, adding: “[The ministry] hasn’t wasted or embezzled EGP 400bn from the insurance fund”.

“The pensions and insurance funds from 1980 until 2006 haven’t exceeded EGP 69bn,” a statement from the finance ministry said in December.

According to cabinet spokesperson Hany Salah, El-Beblawi stated during the Sunday meeting that pensioners’ rights are guaranteed by the new constitution and protected by the government, and added that “the pensioners are the only ones who should benefit from their money”.

Meanwhile, head of General Union of Pensioners Shoukry Azer stressed during the meeting that his union is keen on coordinating with the government in order to reach “the best methods to protect insurance and pension funds”.

The aim of this coordination is to “develop the resources for pension and insurance funds, and to reach a settlement with the Ministry of Finance regarding the pension issue”, Azer said.

“There’s a committee within Ministry of Social Solidarity that is tasked with listening to the demands of pensioners and directing them to the government,” Kamel said, adding that representatives from the Pensioners Solidarity Syndicate, along with general and independent unionists, are part of this committee.

In October, the interim government decided to increase the pensions of government workers by 15%, effective since January 2014.

Public expenditure on wages and compensations comprised EGP 141bn from the state’s budget in the fiscal year 2012/2013, representing a 14.8% increase year on year.