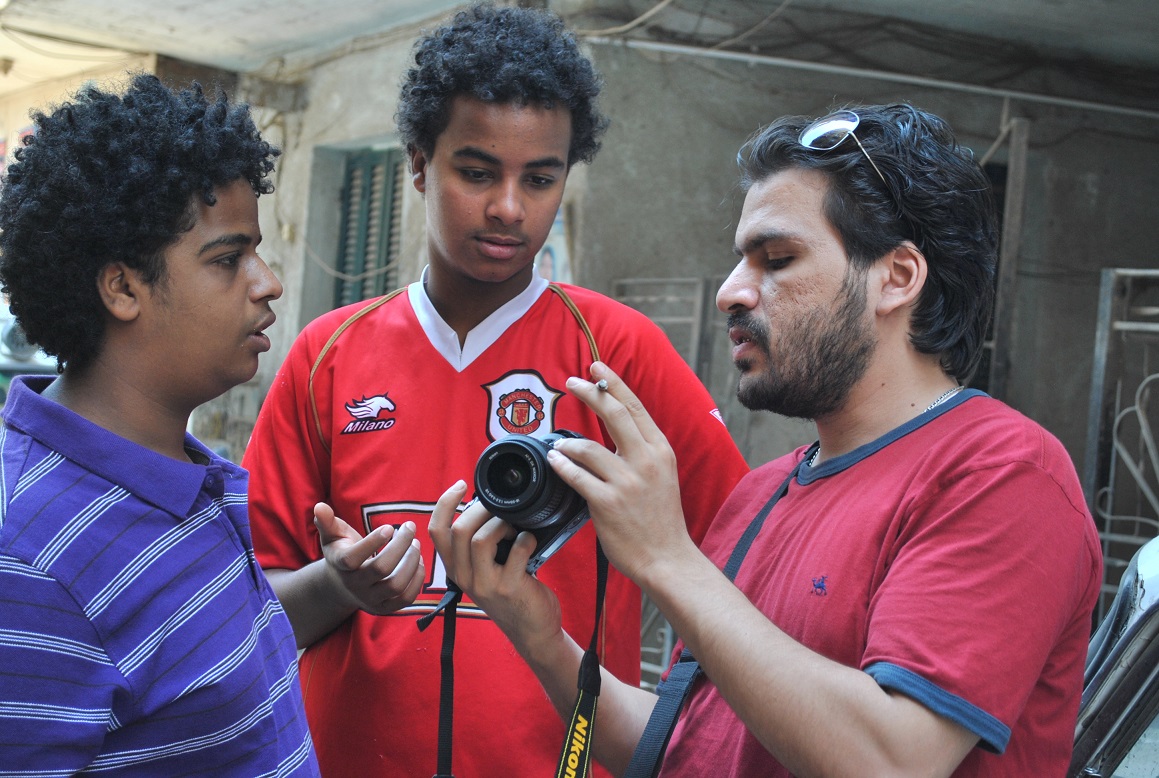 After a successful previous screening of short films about women, The Netherlands-Flemish Institute showed on 23 February five Egyptian shorts that focus on women in the new, post-2011 Egypt. The films screened were Bahiya by Mavie Maher, Ibn Bnoot by Mina Magdy, Catharsis: a self-portrait by Alia Ayman, Virtual by Nada Riyadh and El Bent by Sondos Shabayek. Alia Ayman, Nada Riyadh and Mina Magdy were all present after the screenings to answer questions from the audience.

First shown was Ayman’s honest self-portrait which put her under an unforgiving microscope, but gave us a candid look at a generation of younger Egyptians who have trouble with rigid definitions of being Egyptian and a society that has little tolerance for difference. Her film also deals with westernisation in a post-colonial context.

Ayman added that her film was perceived differently in other parts of the world, like in Germany where she said it was perceived “exotically” and generalised to be about Muslim, Arab women rather than about one individual who happens to be Muslim, Arab and female.

Nada Riyadh’s Virtual explores the role of women from a different perspective: “We always look at women as victims but I wanted to show a more proactive role. My film is based on multiple accounts of female activists,” she said, adding that the revolution has not, however, emancipated either gender.

Riyadh’s film revolves around a law student and activist who spends most of her day involved in a worker’s strike, and so sacrificing time with her family. The film’s beautiful concept is sometimes marred by lacklustre acting but the heartfelt ending makes up for some of the shortcomings.

Ibn Bnoot received a very positive reaction from the audience, particularly for its light-hearted but thought-provoking portrayal of gender roles in a scenario where women have power over men,

“At first my film was targeting women but as it progressed I found that I was addressing men more and more and asking them, how would you cope in this new hypothetical world?” said Mina Magdy.

Magdy added that while his film was well-received by women, not all men were as enthusiastic: “Some of my friends have not spoken to me since because they see women as having very traditional gender roles. They think I am out of mind for making this film.”

The remaining two films were Baheya and El Bent. Baheya is about an eight year-old girl who dies on a school trip as a result of a terrorist attack and the effect it has on her teacher, played by Yosra El Hawary. El Bent takes a look at what an everyday girl goes through as she passively walks down the street and how she can be treated as an object by both men and women.

All five films were very well-received by the audience and the three directors had more questions to answer than time allowed, but we can say with certainty that the experience was engaging for both.