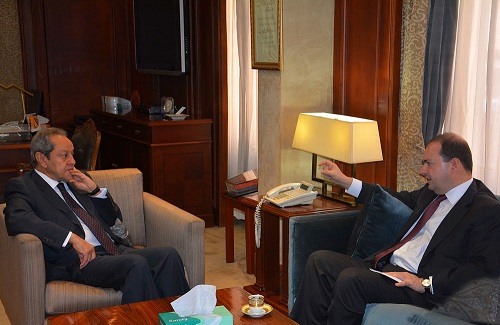 The International Finance Corporation (IFC) is keen on partnership with the government and the private sector to establish projects in Egypt in the coming months, the company’s regional vice president said.

The projects are in the fields of alternative energy in the industrial sector and logistics service development, said Dimitris Tsitsiragos vice president of IFC for Europe, Central Asia, Middle East and North Africa, according to a Tuesday statement from the Ministry of Industry.

Tsitsiragos made the announcement during a meeting with Minister of Industry Mounir Fakhry Abdel Nour, where they discussed opportunities to increase cooperation between both parties. The pair also discussed methods for improving the energy efficiency in Egypt.

Conditions in Egypt have not had a significant impact upon the IFC’s financial presence in the region, said Nada Shousha, IFC’s regional director for Egypt, Libya and Yemen earlier in November in an interview with Al-Borsa newspaper.

During 2013, IFC provided $276m to fund five initiatives in Egypt. The corporation is backing 14 projects around the country in manufacturing, construction, and the energy sector, Shousha said.

Earlier in January, IFC announced that it has extended its partnership with Ahli United Bank Egypt and AlexBank, with the aim of “boosting cross-border trade and facilitate the access of international markets for local businesses”.

Since 2011, IFC has invested almost $1bn in Egypt and mobilised $303m from other investors to support private sector development.