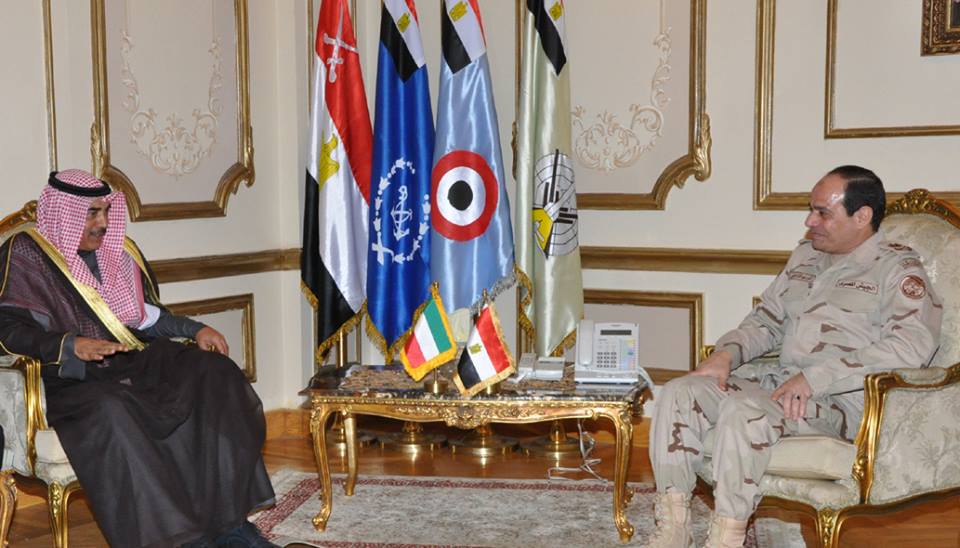 Sabah’s meeting with El-Beblawi focused on “the revitalisation of bilateral relations” between the two nations, referred to as “Egypt and her older sister” in a statement posted to the cabinet’s official Facebook page.

The duo also discussed a Joint Commission between the two nations, although the cabinet spokesperson was unavailable for comment on the exact nature of the commission.

Sabah’s meeting with Al-Sisi touched on many of the same topics, with Sabah adding that Kuwaiti officials express support for Al-Sisi and the armed forces as well as the people of Egypt as they move forward with the post-3 July roadmap.