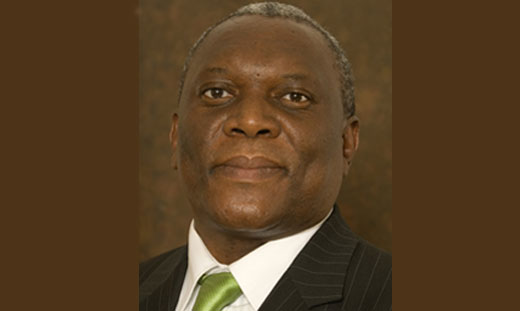 The delegation met with several official leaders and public figures, including interim President Adly Mansour, former presidential candidate Amr Moussa, Minister of Transitional Justice Amin Al-Mahdi and Minister of Interior Mohamed Ibrahim. While the cabinet resigned Monday, the ministers will continue their duties until a new government is elected.

During a meeting with the South African delegation Tuesday, Egypt’s foreign minister said policemen are insistent on “sacrificing their lives to protect Egyptians,” according to the statement.

Security forces have been increasingly targeted since the July 2013 overthrow of former president Mohamed Morsi. Over the past four days, two policemen were killed and a colonel in the armed forces was injured in Zagazig.

Ibrahim said the ministry was persistently pursuing stability and was dedicated to catching those involved in the “latest terrorist operations” and aborting their plots, the statement read. Ibrahim said he welcomed security cooperation between the two countries.

During a meeting with Mansour, the delegation delivered a letter from South African President Jacob Zuma to his Egyptian counterpart. In his letter, Zuma expressed his country’s support to Commander in Chief Abdel Fattah Al-Sisi’s roadmap, announced 3 July 2013 following the ouster of former President Mohamed Morsi, according to a statement by Egypt’s Ministry of Foreign Affairs. The South African president also condemned a string of recent terrorist attacks in Egypt, including a 24 January car bomb that killed four people, injured 76 and damaged the Museum of Islamic Art.

This is the first time top South African officials have visited Egypt since Morsi’s ouster in July. The African country has been outspokenly critical of the situation in Egypt since the Islamist president’s unseating.

The visit gives the delegation members a chance to get to know “the truth about the developments in Egypt”, he said.

Louza visited the West African countries of Gabon and Ghana last week in an effort to strengthen bilateral ties with the countries in the economic, trade and political fields, Foreign Ministry Spokesman Badr Abdelatty said in the statement. During the visit, Louza met with the Gabonese Minister of Health and the Head of the Gabonese Parliament.

Egypt’s Minister of Foreign Affairs Nabil Fahmy is currently in the Congolese capital Kinshasa ahead of the Common Market for East and South Africa (COMESA) Trade Agreement’s 17th Heads of State Summit, where he is heading the Egyptian delegation.

A ministerial meeting held on Monday on the sidelines of the COMESA summit discussed the “positive developments” Egypt is witnessing, according to the statement. Abdelatty said “most delegations” attending the meeting highlighted the importance of “encouraging Egypt to return to the African Union because Africa needs Egypt just as Egypt needs Africa.”

Morsi’s ouster was a blow to Egypt’s relations with African countries, which labeled the move a “coup” and suspended Egypt’s membership in the African Union Peace and Security Council. The ministry has repeatedly expressed its rejection of this decision.

Fahmy met his Zambian and Mauritian counterparts on Sunday. During the meeting, Fahmy reiterated Egypt’s stance toward the African Union’s decision and the importance of “swiftly correcting this mistake”, referring to Egypt as “one of the founding members of the African Union,” according to the statement. Egypt is on its way to achieving the roadmap as it is has issued a new constitution and is now preparing for presidential elections, Abdelatty said.

In late January, the African Union High-Level Panel for Egypt “affirmed the correctness” of the decision. The three-man delegation visited Egypt twice in the months following Morsi’s ouster. The panel met with the leading political stakeholders as well as civil society, business and religious leaders.