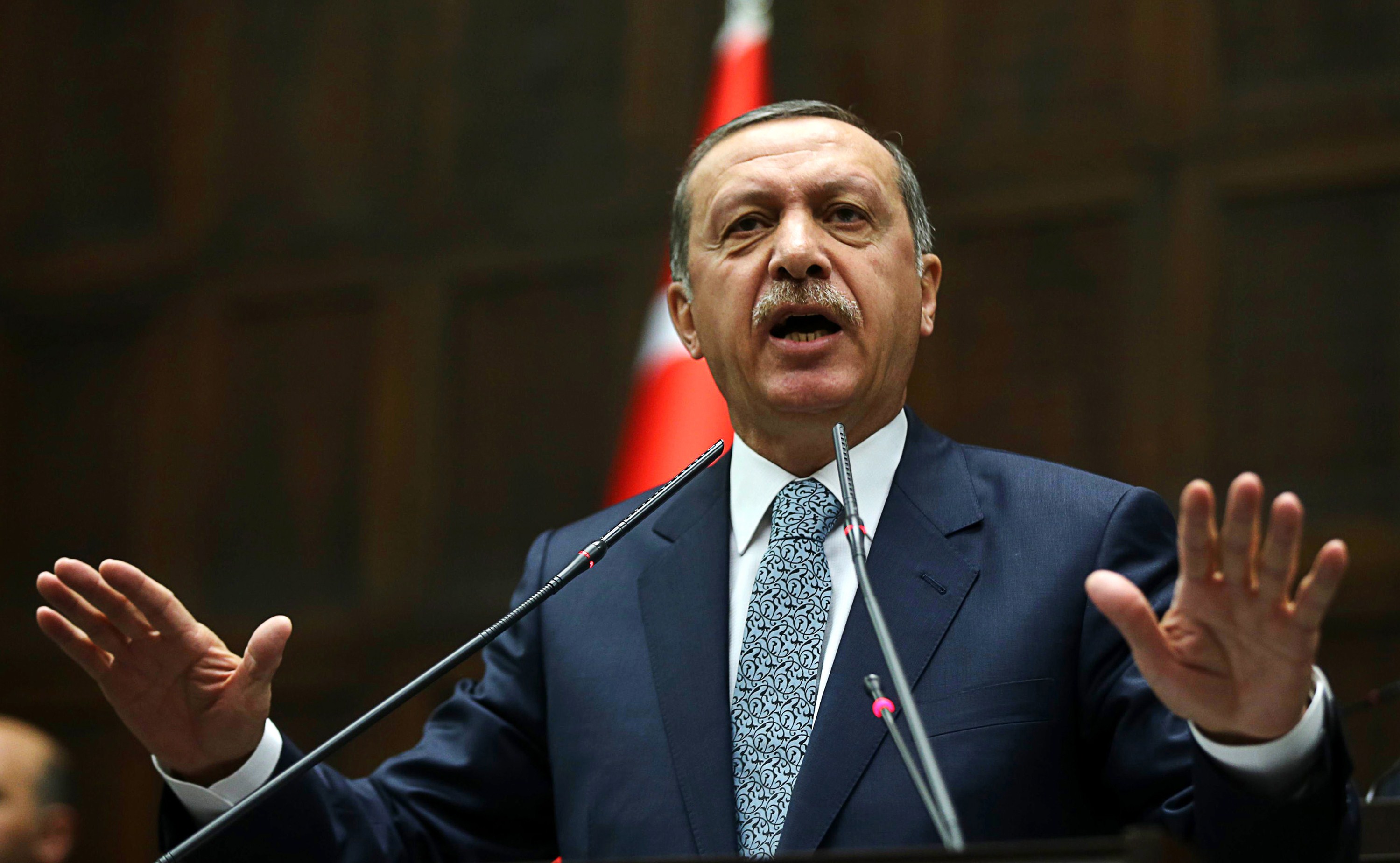 AFP – Turkish Prime Minister Recep Tayyip Erdogan on Tuesday condemned leaked recordings of him and his son allegedly discussing how to hide large sums of money as a “vile attack” by rivals, as calls mounted for his beleaguered government to resign.

“What was done is a vile… and a treacherous attack against the prime minister of the Republic of Turkey. It will not go unpunished,” Erdogan told his ruling party lawmakers in parliament.

The phone conversations, posted on YouTube, allegedly reveal Erdogan asking his son Bilal to turn millions of euros in cash stashed at several houses into “zero”.

The leaked discussions, which could not be independently verified, were said to have taken place on 17 December, the same day key Erdogan allies were caught up in police raids linked to a corruption investigation that has rocked the government.

In one conversation, Erdogan can supposedly be heard briefing Bilal about the raids, which saw top businessmen and the sons of former cabinet ministers detained on allegations of bribery, gold smuggling and illicit dealings with sanctions-hit Iran.

The premier’s office said the wiretapped conversations were fabricated and vowed to take legal action against those behind “this dirty setup”.

“The recordings… are the product of an immoral montage and completely untrue,” Erdogan’s office said in a statement late on Monday after the material was leaked online.

Erdogan has come under intense pressure since the corruption scandal erupted, throwing up the biggest challenge yet to his 11 years in power ahead of key local elections in March.

He has blamed his ally-turned-rival, US-based Muslim cleric Fethullah Gulen, for instigating the graft probe, accusing him of seeking to create “a parallel state” in Turkey.

The leaked recordings appear to be the latest fallout from their feud, after the Turkish government on Monday said thousands of influential people, including the premier, cabinet ministers and journalists, had been wiretapped by Gulen supporters in the police and the judiciary.

Local media said the widespread surveillance was discovered by prosecutors who were appointed following a mass purge of the police and prosecution service in response to the corruption probe.

Erdogan, whose speech in parliament was repeatedly interrupted by party loyalists chanting “Turkey is proud of you!”, said his government would not fall into traps set by rivals.

But the controversy prompted fresh calls from the opposition for the government’s resignation.

“The government has lost its legitimacy… and must resign immediately,” Haluk Koc, a spokesman for the main opposition Republican People’s Party, told a news conference late Monday.

Devlet Bahceli, leader of the Nationalist Movement Party (MHP), said the alleged recordings were “dazzling”, and demanded that the prime minister be brought to justice.

The political tensions of the past months have battered Turkey’s financial markets, with the lira and stocks tumbling.

Last month, Erdogan rejected allegations that his son was involved in the corruption scandal.