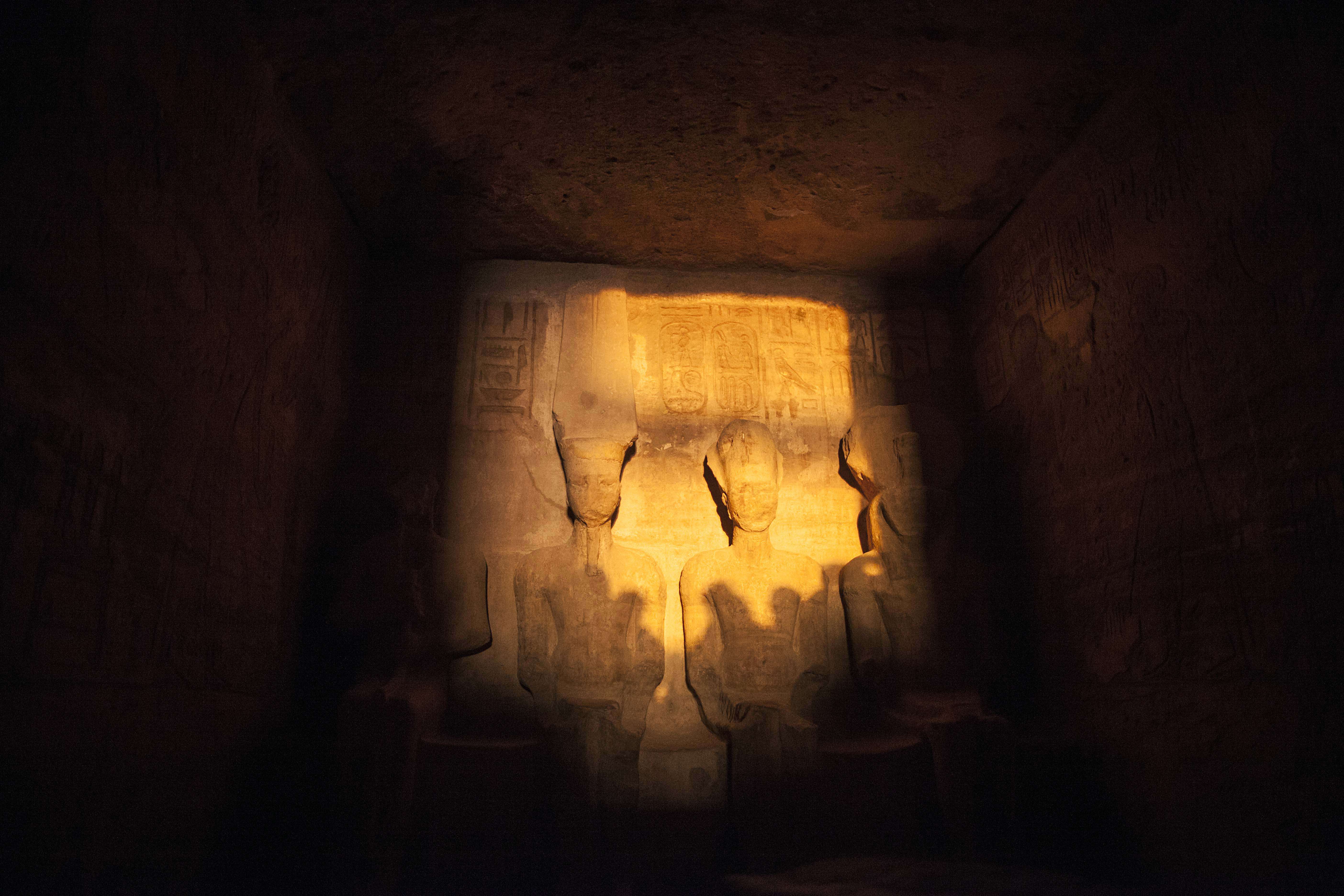 The bi-annual sun festival at Abu Simbel is definitely the highlight of the touristic season in Aswan. The temples were carved out of the mountain in 13th century BCE and the temples were discovered in the 1800s after they had been buried in the sand for about 2,000 years.

The monument serves as a memorial for Ramses II and his wife Queen Nefertari to commemorate his victory in the Battle of Kadesh. The battle is believed to have occurred in 1274 BCE between the Egyptians and the ancient Anatolians, who made up the Hittite empire, which included parts of modern day Turkey, Syria and Lebanon.

In 1968, the temples had to be relocated for fear of flooding caused the Aswan High Dam. They were moved to an artificial hill to be high above the water’s reach. The relocation was overseen by UNESCO and it is estimated that it cost about $40m. The complex was divided into blocks, which were then moved to the new site where they were reassembled. The whole complex was divided into 10,000 blocks, with each piece weighing up to 30 tonnes. Due the composition of the rock, which is sandstone, the use of explosives was out of question. Instead, the engineers used a collection of drills and other tools to cut up the temples into blocks.

The relocation process took around four years to complete. The new location was 65 metres higher than the old one and the engineers were careful to place the temples in the same north-south orientation as the old complex, to produce the same effect when it comes to the sun’s penetration of the temples.

The two temples are dedicated to several deities, namely Ra, Ptah, Amun and Hathor. It is believed that the Great Temple took about 20 years to build.

The sun festival occurs at two distinct dates, on 22 October and 22 February. These dates are believed to signify the birthday of the Ramses II and the day he ascended to the throne. On each of these two days, when the sun enters the temple at dawn, the rays illuminate the statues at the back wall only, except for Ptah, the god of the underworld. It is quite a feat that this was achieved in ancient Egypt, considering the technology and knowledge of astronomy that was available.

On these two days of the year, the Ministry of Tourism, along with the local people of Aswan, team up to create the sun festival, which starts right before sunrise. Musicians and local dancers gather to perform some traditional dances to entertain visitors and celebrate the unique solar phenomenon.