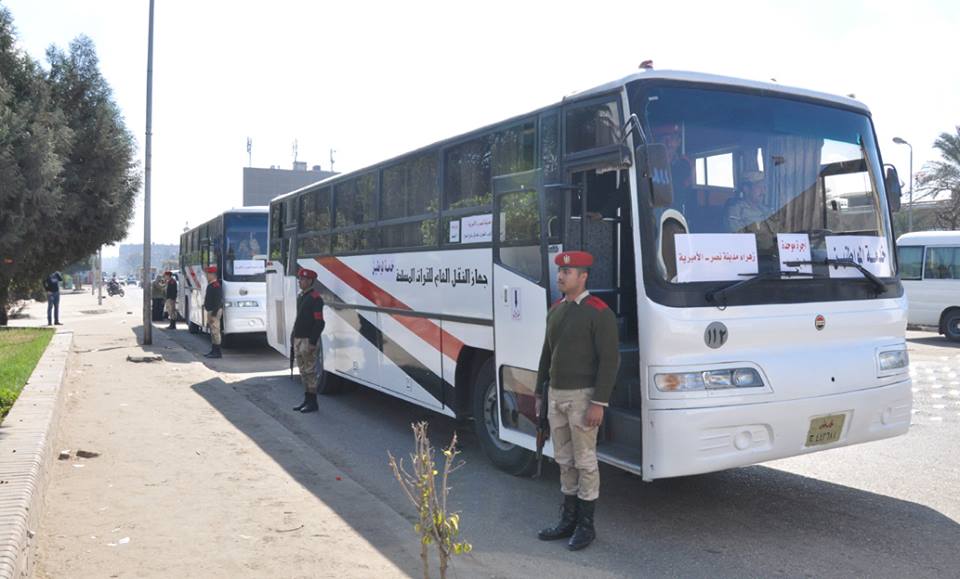 Armed forces buses will replace the transport buses that stopped working due to the strike of the transport workers, the army announced in a statement Tuesday.

Army Spokesman, Colonel Ahmed Ali described the move as “an immediate response by the armed forces to decrease the suffering of the citizens and minimising the damage that took place due to the workers strike.”  Buses in Greater Cairo have not been running since transport workers went on strike Saturday, requesting the application of the minimum income, among other demands.

This is not the first time the army has filled in for the transport authority, said General Abdel Mottaleb Khedr, head of the Public Transport Department of the Armed Forces. The department supplied buses to serve civilians during transport worker strikes in March and September 2012, and were ready to add more buses during the Metro worker strike of November 2012.  The department has also previously dedicated 12 buses for the citizens of the governorate of North Sinai.

During an event launching the National Consensus Initiative, an alliance between transport workers and the Arabic House Foundation for Human Rights that aims to facilitate negotiations, Kamal Abu Eita, Minister of Man Power in the resigned cabinet said, “The state does not have a magic want to solve all the workers problems.”

The buses, which belong to the Public Transport Department of the Armed Forces, will be functioning in Greater Cairo from six am until six pm.