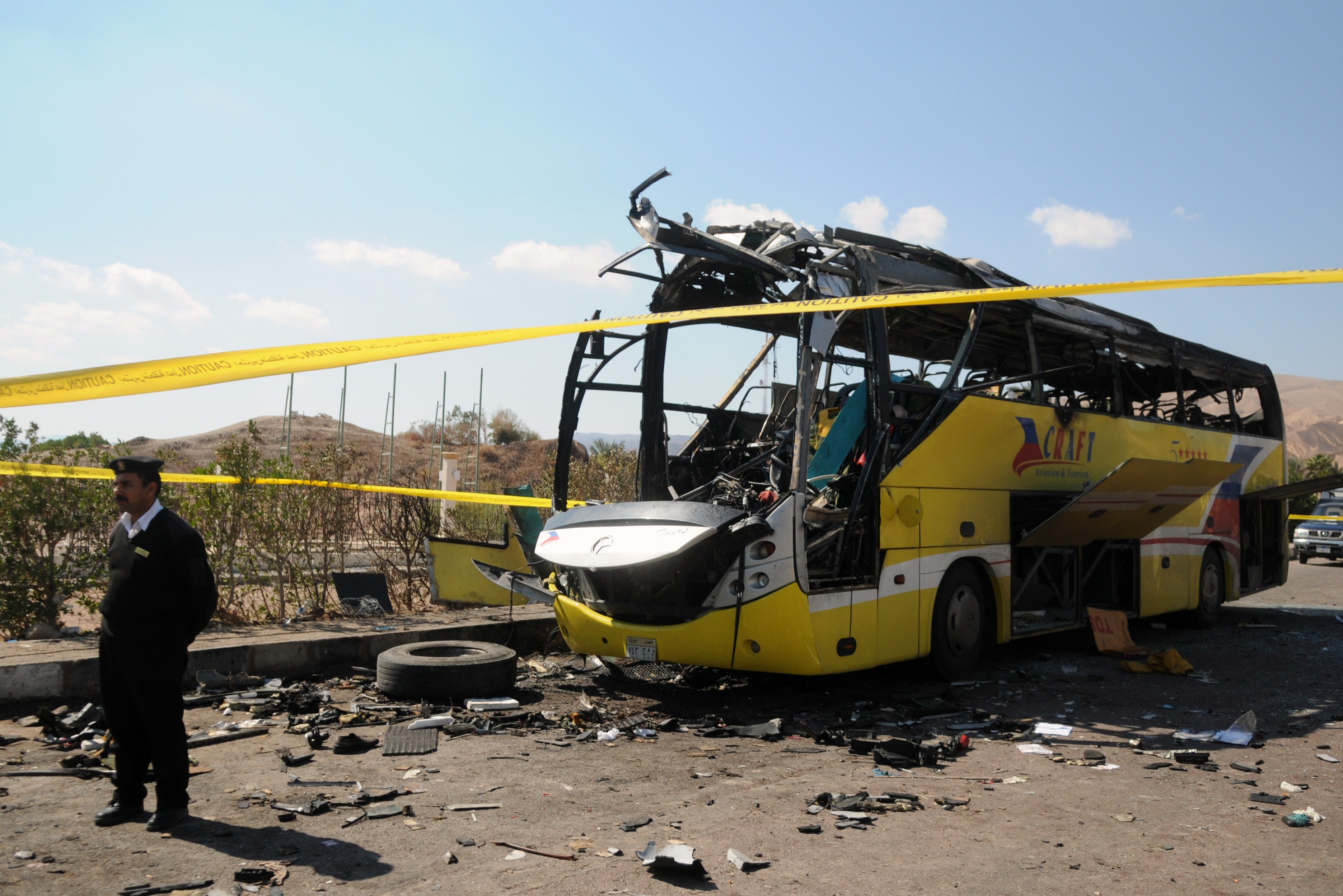 Human Rights Watch (HRW) released a statement Wednesday calling for a “speedy and effective investigation” into 16 February’s Taba bus bombing that killed four and wounded 13. The statement calls for the identification and prosecution of those responsible for coordinating and carrying out the attack.

After the attack, Al-Qaeda-inspired militant group Ansar Beit Al-Maqdis released a statement warning authorities of their “economic war against the regime of traitors … in order to paralyse their hands from [hurting] Muslims.”

“Such wanton killings are never justified, no matter what the [politics] or purpose,” said Joe Stork, deputy Middle East and North Africa director at Human Rights Watch. “Attacks such as this one on a bus filled with tourists in Sinai are an abhorrent violation of the right to life,” Stork said.

“Egyptian authorities should prosecute all those for whom they have compelling evidence of responsibility for this horrific attack, in judicial proceedings that meet international fair trial standards,” the statement added.

Ansar Beit Al-Maqdis has been increasingly active both in Sinai and the Egyptian mainland since Mohamed Morsi’s 3 July ouster. HRW notes that “prior to the 16 February attack, armed groups had targeted Egyptian military and police in hundreds of attacks since July.”

The statement noted that the 16 February suicide attack was the first against tourists since a spate of bombings in 2004 and 2006.

On 7 October 2004, three bombs ripped through tourist hotels in the Sinai Peninsula, killing 34 and injuring 171. One of the bombs went off in Taba, which claimed the lives of 31 and caused ten floors of the hotel to collapse. A majority of the victims were Egyptian.

Dahab, also in Sinai, was struck by three bombs on 24 April 2006 and lead to the deaths of at least 23 people. Again, a majority of the victims were Egyptian.