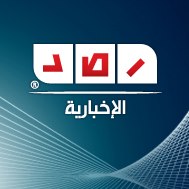 The journalists are facing charges alongside two other defendants, RNN’s Public Relations Director Amr Farrag and its programmer Omar Shahin, who are currently being tried in absentia. Wednesday’s session was postponed to allow them to be summoned to court.

International human rights watchdog Amnesty International condemned the journalists’ military trial in a statement released on Tuesday and called for their “immediate and unconditional” release.

“The two journalists are prisoners of conscience detained solely for peacefully exercising their right to freedom of expression by performing their jobs,” said Philip Luther, Middle East and North Africa Programme Director at Amnesty International, in the statment. “Journalism is not a crime, and civilians, including journalists, should never face trial in military courts.”

Salama and Al-Homsi were arrested on 12 November and 18 November,  respectively. An investigation into their alleged crimes lasted three months, during which they were preventively detained. If found guilty, the journalists could face up to three years in prison.

Salama and Al-Homsi’s families told Amnesty International that the journalists were blindfolded and handcuffed during their interrogation by military intelligence. The families said they were unable to visit them during their detention until 25 November, when they were transferred from the Military Intelligence office to Tora Prison.

Amnesty said the journalists’ lawyers didn’t receive a full copy of their case file until the first trial session on Monday. This hindered their preparation of an adequate defence.

“Pending their release, the Egyptian government must allow [Salama] and [Al-Homsi] access to their lawyers and families,” Luther said.

Amnesty international described the journalists’ detention and possible imprisonment as a “violation of international and Egyptian law”.

Meanwhile, Article 204 bans military trials for civilians “except in cases which represent a direct assault on armed forces institutions, their camps or anything that falls under their authority, alongside assaults on military or border zones, and military institutions, vehicles, weapons, ammunition, documents, secrets, public funds, or factories.”

The Arab Network for Human Rights Information also condemned the journalists’ military trial this week. The domestic human rights organisation referred to the leaks from Al-Sisi’s press interview as a “professional error”, adding that the journalist who conducted the interview should be the one held accountable and possibly administratively punished for such an error and not the news outlets that covered the leaks.

A military court in Ismailia on 5 October served Sinai-based journalist Ahmed Abu Deraa a suspended sentence of six months in prison and an EGP 200 fine by. Abu Deraa was arrested on 4 September and charged with intentionally spreading false information about the military.

On 30 October, a military court sentenced another journalist to one year in prison. Hatem Abul Nour, who works for the private newspaper Al-Watan, was accused of impersonating the army.

RNN was launched at the start of the January 2011 uprising to report on protests and marches. It is one of the few Egyptian media outlets that recognise the ouster of former President Mohamed Morsi on 3 July as a “military coup”. The network has frequently been accused of being closely affiliated with the Muslim Brotherhood.