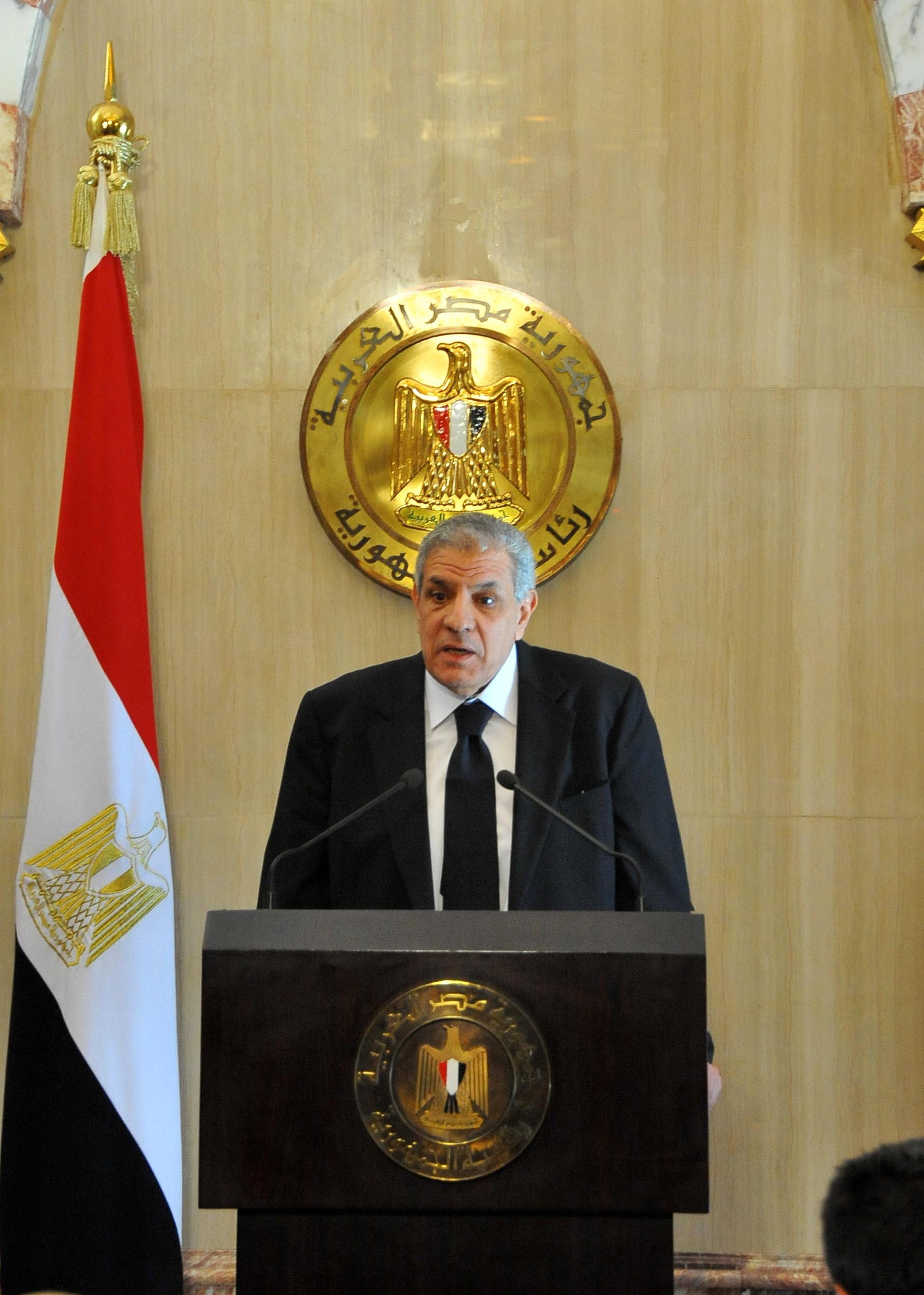 Field Marshal Abdel Fattah Al-Sisi was reappointed on Wednesday as Minister of Defence by new Prime Minister Ibrahim Mehleb, who was tasked with forming a new cabinet by interim President Adly Mansour.

Mehleb met with each minister and they addressed what the ministry will focus on in the next stage. Mehleb, the former Minister of Housing, was appointed as prime minister on Tuesday after his predecessor Hazem El-Beblawi announced the cabinet’s resignation in an abrupt decision on Monday.

Interior Minister Mohamed Ibrahim also maintained his post despite the reshuffle. Ibrahim announced following his reappointment that in a short talk, he and Mehleb agreed that there will be a “change in security plans” and full government support in order to “develop performance”. The Ministry of Interior under Ibrahim, who was appointed in January 2013 by Former Prime Minister Hesham Qandil during the rule of ousted President Mohamed Morsi, has been repeatedly accused of using excessive force by human rights groups.

Doria Sharaf El-Din, who was reappointed as Minister of Information, said Mehleb tasked her with a slogan for the media, “reconciliation with the people”.

Mohamed Amin El-Mahdy also remains in place as Minister of Transitional Justice and House of Representatives.

Hisham Zaazou remains in place as Minister of Tourism. Zaazou said after his reappointment that the Ministry of Tourism will be cooperating with all relevant ministries, particularly the Ministry of Interior, “because of the security aspect [relating to] tourism”.

Foreign Minister Nabil Fahmy will also continue to serve in his current position. Appointed in July 2013, Fahmy is currently on a tour of the Nile Basin Countries, where he is attending the Common Market for East and South Africa (COMESA) Trade Agreement’s 17th Heads of State Summit in the Congolese capital Kinshasa.

Former governor of Alexandria, Qena and the Delta town of Beheira under ousted president Hosni Mubarak, Adel Labib, will continue to serve as Minister of Local and Administrative Development in another merger.

Many other ministers who served under El-Beblawi were reappointed; however, new ministers include Ibrahim Younes. The General Manager of the Arab Organisation of Industrialisation, Younes was appointed as Minister of Military Production, occupying a post vacant since former minister Reda Mahmoud Hafez died due to severe heart problems in December.

Newly appointed Mohamed Shaker replaced Ahmed Imam as Minister of Electricity. Shaker graduated from the Faculty of Engineering, Cairo University and holds a PhD in electrical engineering from Imperial College, London. He is president of Shaker Consultancy Group which collaborates with several international engineering firms in addition to coordinating several high voltage substation projects with the Egyptian Electricity Authority.

Pilot Hossam Kamal replaced Abdul Aziz Fadel as Minister of Civil Aviation. Kamal was appointed as the chairman of board of directors for the holding company of EgyptAir, the state’s national airline. He had been serving as vice chairman of the holding company since September 2009 and has served in the company for over 30 years. He has over 13,000 flight hours and experience in training.

Nahed Al-Ashry was appointed as the new Minister of Manpower, replacing Kamal Abu Eita. Al-Ashry served as deputy minister under Abu Eita, whose tenure, which started in July 2013, witnessed a number of workers’ strikes, most notably the Iron and Steel workers’ strike in December and the public transport workers’ strike which began on Saturday.

Ghada Wali, the new Minister of Social Solidarity, replaced Ahmed Boraie. Wali had been serving as the Secretary General of Social Fund for Development since 2011. Prior to that, she was an expert at the United Nations Development Programme and a member of the Economic Committee in the National Council for Women.