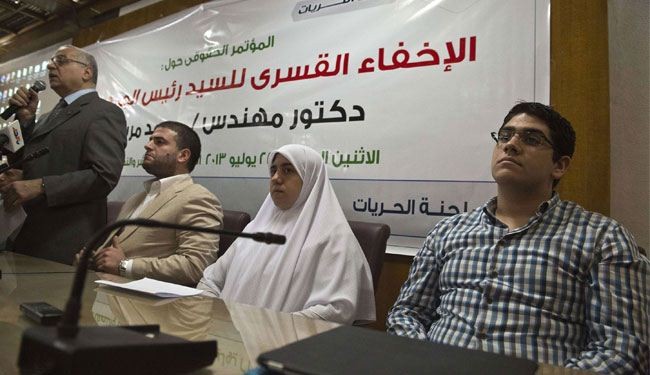 The son of ousted president Mohamed Morsi and a friend of his were arrested on Saturday in possession of five grams of cannabis byproducts.

Abdullah Morsi and his friend were found in a car on the outskirts of Cairo, state-run MENA reported. After inspection by security forces, they were allegedly discovered to be in possession of two cigarettes containing hashish. MENA cited a police official as saying that Morsi’s son confessed to possession of the drug.

The incident has been referred to prosecutors.

Providing a legal opinion on the matter, lawyer Mohamed Zare’, who heads the Arab Penal Reform Organisation, said because Morsi’s son was found in possession of illegal narcotics, he could face charges of drug abuse and be sentenced to a maximum of three years in prison.

Zare’ believes that given the current political climate, many will have doubts regarding the case and may think that it is fabricated. For this reason, he said, it is important that the prosecution quickly orders blood tests on Morsi’s son for traces of narcotics.