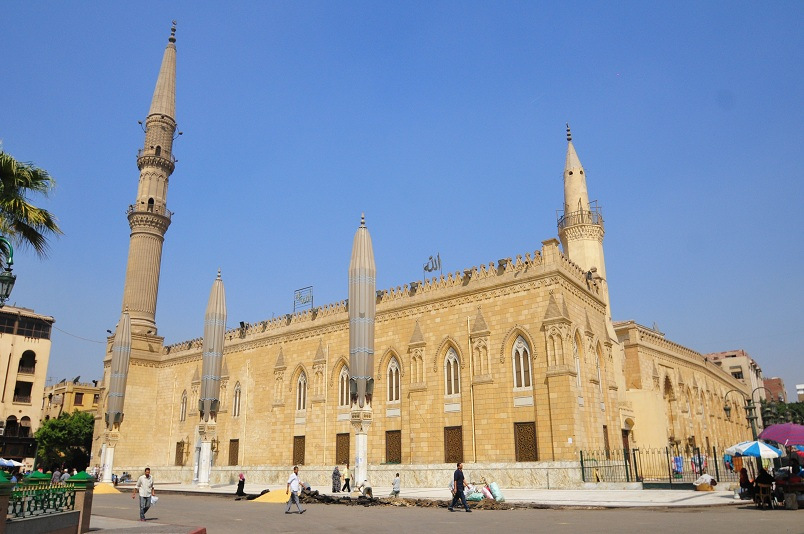 Amr Abdallah, an Egyptian Shi’a, had just entered Al-Hussein Mosque on 14 November 2013 to celebrate the Islamic holiday Ashura when he was arrested by security personnel. On Wednesday, Abdallah was served a five-year prison sentence on blasphemy and defamation charges, the strictest penalty for his charge.

Abdallah was tried for blasphemy and defamation of the Prophet Muhammad’s companions by a misdemeanour court, based on Article 98 of the Penal Code. The Egyptian Initiative for Personal Rights (EIPR) demanded amendments to legal provisions that can be used to punish citizens based on religious beliefs.

Shi’a Muslims commemorating Ashura dress in black and may perform ceremonial self-flagellation or beating. In 2012, a group of Shi’a attempted to make their way to Al-Hussain Mosque to commemorate Ashura and mourn the death of Imam Al-Hussain; however, only some of them were able to enter the mosque, with Salafis reportedly blocking the rest from entering. In 2013, two days ahead of the celebration, Minister of Endowments Mohamed Mokhtar Gomaa said the ministry rejects any celebrations by Shi’a inside mosques.

Abdallah’s sentence is subject to appeal. EIPR nevertheless condemned the sentence, demanding “an end to legal and judicial action against Shi’a Muslims”.

It criticised in a statement released on Wednesday “the ongoing prosecution of religious minorities, especially Shi’a Muslims, based on this flawed article, which in effect leads to citizens being tried for their religious beliefs. This violates freedom of religion, belief, opinion and expression”.

The NGO warned against the “marked “and “worrying” increase in religious defamation cases in the last three years. Investigations and trials for contempt of religion have dramatically increased since 2011. It described the cases as “direct threat to religious liberties”.

Another trend is that of “ordinary citizens engag[ing] in violence and collective punishment of their fellow citizens simply because they express their beliefs,” EIPR said.

By September 2013, EIPR was able to track down 63 cases of defamation of religion since early 2011. Out of 42 defendants put on trial, 27 were convicted, three acquitted, 11 rejected due to lack of standing, and one case is still pending.

Writer Karam Saber is currently challenging a court decision sentencing him in absentia to five years in prison for contempt of religion and defamation over a short story collection he had written.

The Association for Freedom of Though and Expression and EIPR both believe in the importance of cancelling provisions, whether in the constitution or the law that criminalise the criticism of religions.