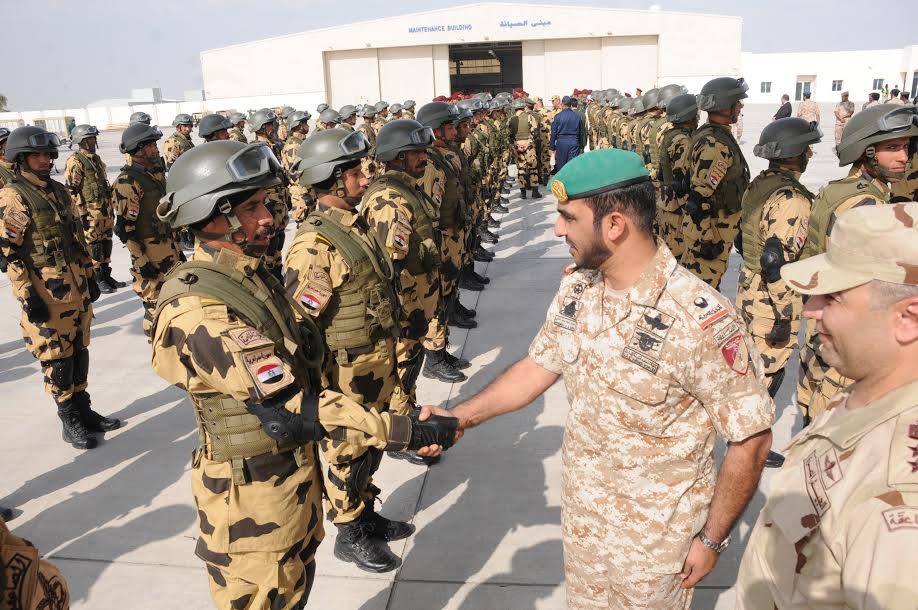 Egypt’s air, naval and special forces have begun joint training exercises with the United Arab Emirates, further displaying the strengthening of relations between the two countries.

The Egyptian troops travelled to the Gulf country to partake in a two-week joint training exercise dubbed Zayed 1, according to a Sunday statement from the official spokesman for the Egyptian armed forces. The two sides will “transfer and exchange training experiences … in all disciplines.” They will also embark on practical exercises including “tactical naval and air manoeuvres” that will include the use of “fighter jets, multi-purpose aircraft and destroyers.” The naval special forces, “some elements” of the special operation unit, and the paratroopers will participate in the training exercises.

The deepening of military cooperation comes at a time of increased cooperation between Egypt and the UAE, which saw an upturn following the ouster of former president Mohamed Morsi in July 2013. The Gulf nation joined its neighbours Saudi Arabia and Kuwait in expressing its support for Egypt’s transition, mostly through financial aid and loans.

In July, just two days after Morsi’s ouster, the UAE pledged a $1bn grant and a $2bn interest-free loan to help support Egypt’s transition. In August, Egypt received the first of two stimulus packages from the UAE, valued at EGP 29.6bn. The second, valued at $2.8bn (EGP 20bn), was delivered in January.

The armed forces spokesman said that the two week training exercise “confirms the historic and strategic” link between Egypt and the UAE.