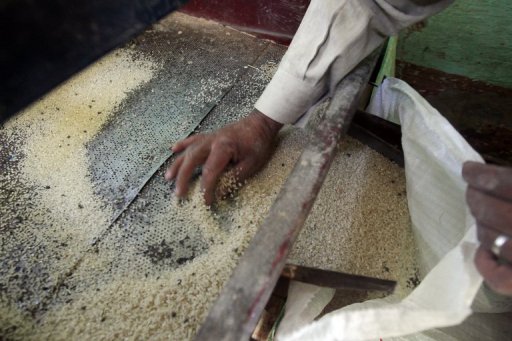 Discussions with the Ministry of Supply over resuming rice exports will commence this week or next week, with the aim of reaching an agreement on the “best” possible solution to export rice while benefiting all parties involved, Vice Chairman of the Rice Division in the Federation of Egyptian Industries Mostafa Atallah said on Monday.

Hanafy explained that there have been calls to rsume rice exports “in order to open new rice markets abroad, and contribute to revitalising the economy”.

Abdel Nour said at the time that exporting rice would be “beneficial”, as global prices are high.

However, rice exports were suspended in November due to a shortage in quantities “intentionally” created by merchants who had attempted to monopolise the rice market, Atallah explained.

According to Atallah, rice exportation was set to begin in September; however, “merchants requested to postpone it to November”. During those two months, merchants collected high quantities of rice in the market in order to control prices, he added.

The Ministry of Supply could not determine an adequate quantity for exporting, Atallah said.

Former Minister of Supply Mohamed Abu Shady, under Prime Minister Hazem El-Beblawi’s cabinet, announced in October that rice exports will be halted “until all ration needs of the grain are met”.

The government sells 1.4m tonnes of subsidised rice per year, at EGP 1.5 per kilogram, according to Abu Shady.

“I will not pay heed to the interests of a few dozen rice exporters at the expense of domestic markets,” Abu Shady told the Daily News Egypt in a November interview.

The minister stated that rice exports will resume, adding that prices of rice hiked from EGP 1,800 a tonne to EGP 2,000.

Egypt produces 6.5m tonnes of rice, of which it uses up 3.5m to 4m tonnes, according to Abu Shady.

Before leaving the ministry, Abu Shady decided on 22 February to refer the head of the central import administration at the General Authority for Supply Administration (GASC) to administrative prosecutors on charges of “corruption”.