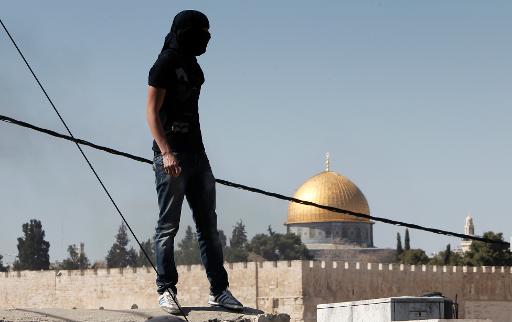 AFP – President Barack Obama will Monday try to cajole Benjamin Netanyahu to accept a US framework for final peace talks with the Palestinians, but the Israeli leader is vowing to resist all “pressures”.

Unusually, Netanyahu will not be the centre of attention in Washington, where his visits to the White House have sometimes featured public disagreements with Obama and testy photo ops.

Obama is now consumed by Russia’s incursion into Ukraine, which is developing into the biggest transatlantic crisis since the end of the Cold War.

In their Oval Office talks Monday, the US leader will ask Netanyahu to agree to a framework for a conclusive round of peace talks with the Palestinians pieced together by Secretary of State John Kerry.

Washington had previously set a 29 April deadline for a final status agreement between Israel and the Palestinians, but the framework is designed as an attempt to extend the diplomacy.

It will be Obama’s most significant entry into peacemaking after his first term effort ended when Netanyahu refused to extend a freeze in settlement construction which Palestinians said was a condition for resuming direct talks.

The framework, yet to be made public, addresses the most nettlesome issues surrounding the Palestinian drive for statehood, including borders, security and the future status of Jerusalem.

Obama will make a similar plea for Palestinian leader Mahmud Abbas to accept the document when he visits the White House in two weeks time.

The president said in an interview with Bloomberg View columnist Jeffrey Goldberg that he would tell Netanyahu that time was running out for Israel to follow the peace track.

“If not now, when? And if not you, Mr Prime Minister, then who?” Obama said, paraphrasing his appeal to Netanyahu.

If Netanyahu “does not believe that a peace deal with the Palestinians is the right thing to do for Israel, then he needs to articulate an alternative approach,” Obama said in the interview, according to a transcript sent by the White House.

In the trip, Netanyahu will also appear at the annual policy conference of the America Israeli Public Affairs Committee (AIPAC) lobby group.

“It takes at least three to tango in the Middle East,” Netanyahu said upon landing in Washington. “There are two already – Israel and the US. Now we need to see if the Palestinians are in too.”

In any case, he said, “in order to reach an agreement, we must insist on our vital interests. I have proven I do so, in the face of all the pressures and upheavals, and I will continue to do so here as well.”

Netanyahu and Abbas face difficult political decisions on whether to sign up for the framework.

For Palestinians, that may mean ending a chance for a negotiated state.

Israel would likely face increasing isolation and the growing threat of economic boycotts.

Netanyahu is “in a position now where he has to make a decision,” said Alan Elsner, vice president of J Street, another US Jewish lobby group.

“It’s not easy for him because there are political costs – but the cost of not moving forward is much greater for Israel.”

Netanyahu comes to Washington eager to impress on Obama his deep scepticism over talks with Iran.

The Israeli leader sees the diplomatic opening by Iranian President Hassan Rouhani as nothing but a charm offensive and demands a complete dismantling of Teheran’s nuclear infrastructure.

Obama has said that such a deal with Tehran is unrealistic, but argues that the diplomatic process run by the P5+1 powers has a chance of verifiably stopping Iran short of building nuclear weapons.

While Netanyahu will vent at Iran diplomacy at AIPAC, he now has little choice but to let the talks between P5+1 powers and Iran play out.

US leaders may also be less receptive to his warnings that Iran is the greatest threat to American security, now that Russian President Vladimir Putin is stirring memories of the Cold War.

Netanyahu’s leverage is also weakened after an intense White House lobbying effort thwarted a bid by hawks in the US Congress to tighten sanctions against Tehran.