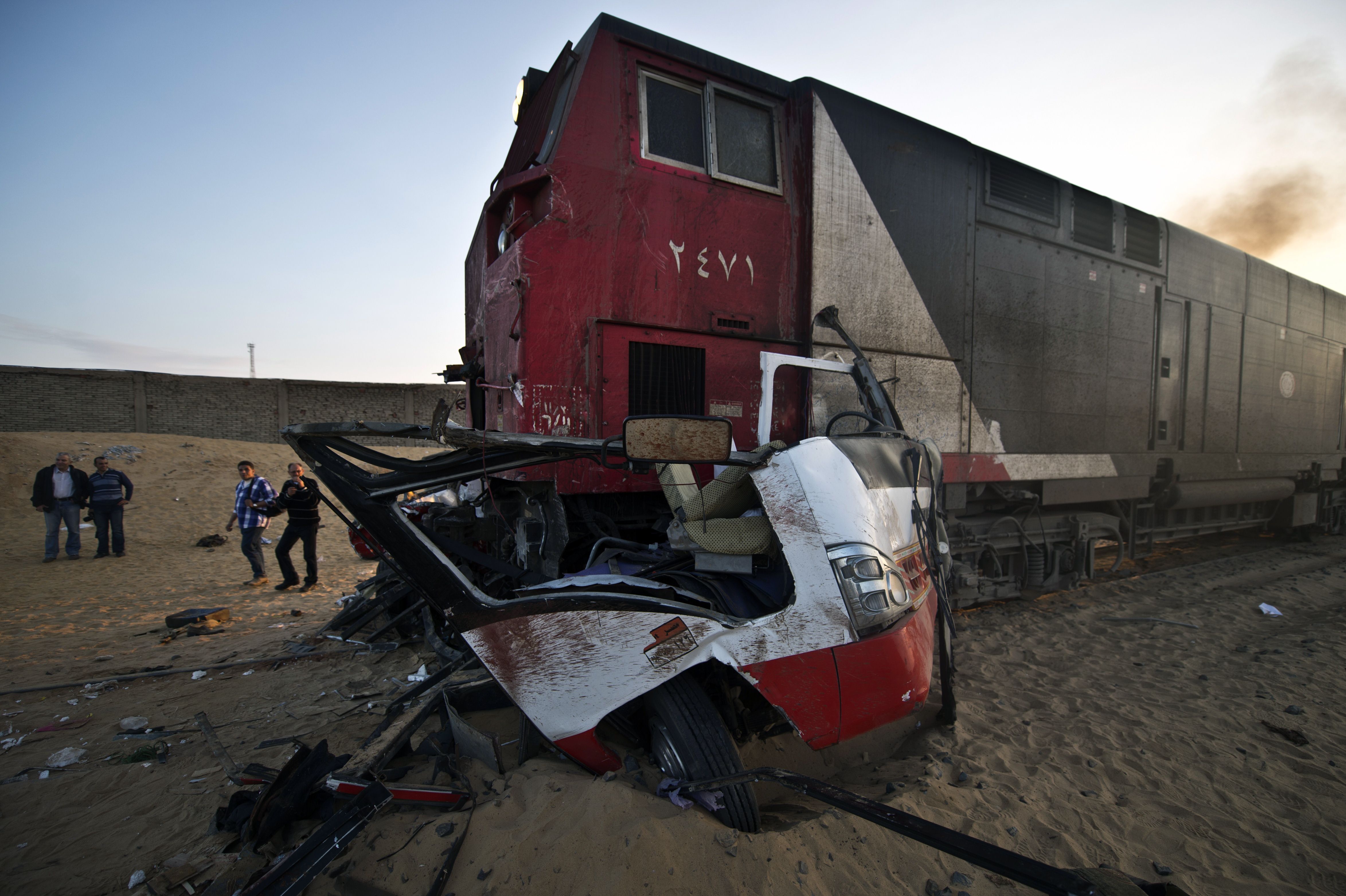 A train traveling from Cairo to Aswan was derailed Monday morning in Sohag, after loose rails caused the engine to slip off the track, dragging the train a distance of almost 108 meters, according to state-owned Ahram.

No injuries or deaths were reported from the accident.

Security forces arrested three of four members of a “criminal gang” the same day, according to an interior ministry statement. The three were accused of stealing railway spikes, which caused the accident and are currently facing prosecution. Railway tracks, along with other railway authority equipment, were found in the group’s possession, the statement added.

The interior ministry media office refused to comment on accusations of negligence in securing the railway from repetitive attempts of theft .

Railways in Egypt have seen several deadly accidents over the last decade.

On 11 November 2012, a head-on train collision in Fayoum left three dead and dozens injured.  A week later, a train and a school bus collided in the Assiut, leaving 51 children dead.

The following month a train collided with a microbus between Kafr Al-Sheikh and Tanta, injuring six passengers on the microbus.

On 18 November 2013, 27 were killed and 32 were injured when a cargo train collided with a bus and a truck at Dahshour railway crossing on the Cairo-Fayoum Road.

In January 2013, a train that was transporting Central Security Forces conscripts crashed in Badrashein, Giza leaving 19 dead and 117 injured. The last train car went off the tracks and smashed into an empty transport train.