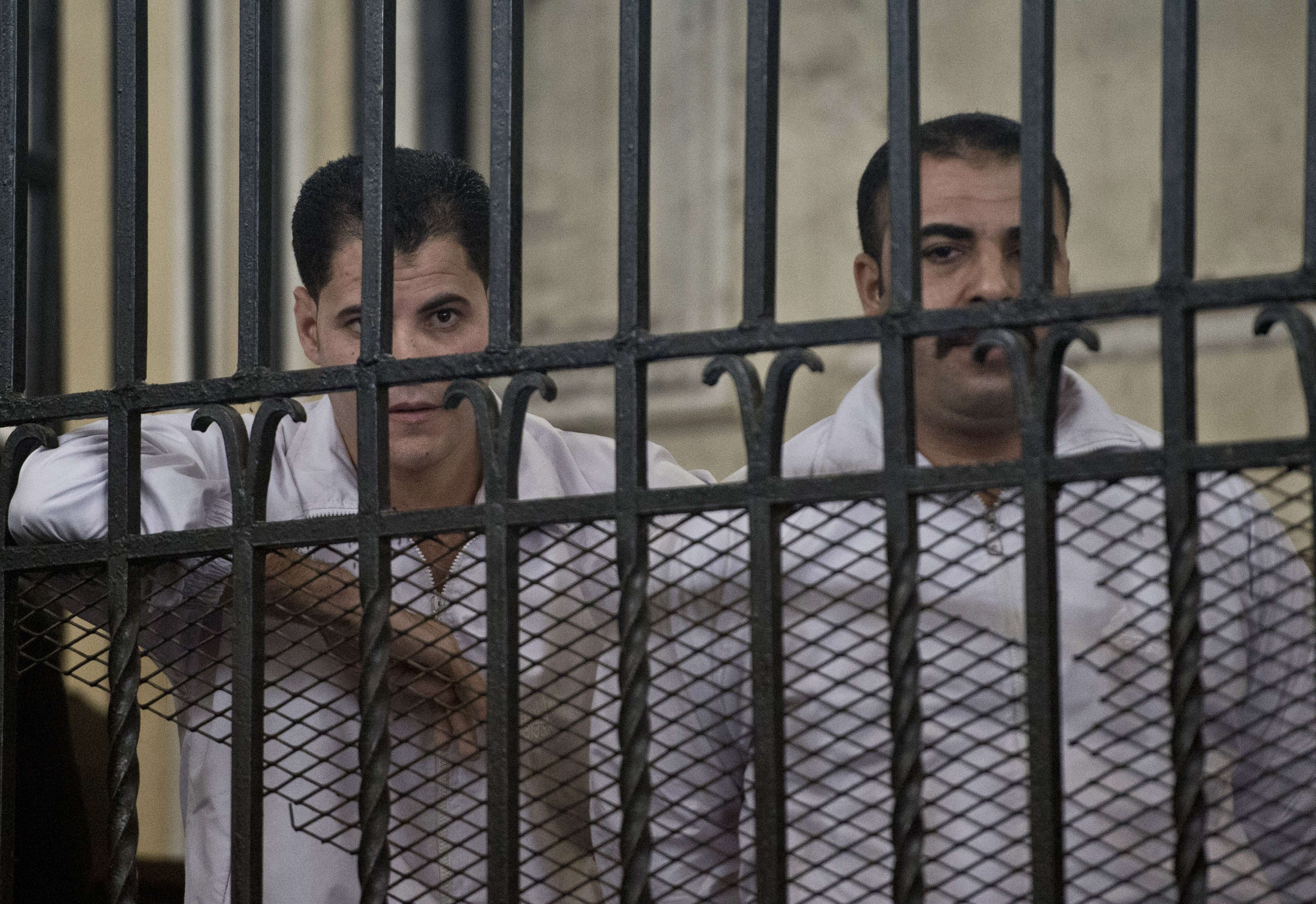 The Alexandria Criminal Court sentenced two police personnel to 10 years in maximum security prisonin the retrial of the murders of Khaled Said, while the third defendant was acquitted.

The exact charges for which the defendants were sentenced remain unclear until the court issues a detailed reasoning of the judgement. Monday’s sentencing is harsher than the one previously issued against the police personnel, Awad Ismail and Mahmoud Salah, in the first trial in 2011.

Alexandria-based lawyer Mohamed Ramadan, who at one point was involved in the Khaled Said case, suspects, based on the 10-year sentencing, that the defendants were sentenced for murder charges.

Another Alexandria-based lawyer at the Egyptian Initiative for Personal Rights said the reasoning must be issued within 30 days of the ruling.

A lawyer on the defendants’ defence team told private television channel CBC Extra after the trial that he will begin procedures to appeal the sentence before the Court of Cassation. The only appeal to criminal courts’ verdicts is through the Court of Cassation, the final phase of litigation in Egyptian law.

In October 2011, under tight security, Ismail and Salah were found guilty of unlawful arrest, excessive brutality and torture and were sentenced to seven years in prison.  Both the prosecution and defendants had appealed the sentence issued in the first trial and on 20 December 2012, the Court of Cassation ordered their retrial by a different criminal tribunal.

Director of Al-Haqanya Law Centre Mohamed Abdel Aziz, who also worked on the first trial of the defendants, said two police officers were also being investigated by prosecution before the first trial, but were excluded from the case, leaving only Ismail and Salah.

Khaled Said was killed under controversial circumstances in June 2010. According to eyewitnesses, Said was dragged outside an internet cafe and beaten by two policemen in Alexandria’s Sidi Gaber neighbourhood. They smashed his head against marble stairs, which resulted in his death. However, police claimed that he was a drug dealer who choked on a packet of drugs he swallowed.

An independent forensic report showed the packet was forced into his throat after his death.

Saeed is considered a symbol of police brutality and he is believed to be one of the main sparks of the 2011 revolution, which would take place a few months after his death.

Four people were arrested after taking part in a protest held in December outside the court during one of the sessions of the retrial. The four were sentenced to two years in prison and an EGP 50,000 fine for violating the controversial Protest Law, in the case that involves nine Alexandrians, including prominent activist and lawyer Mahienour El-Massry. The remaining five were sentenced in absentia.