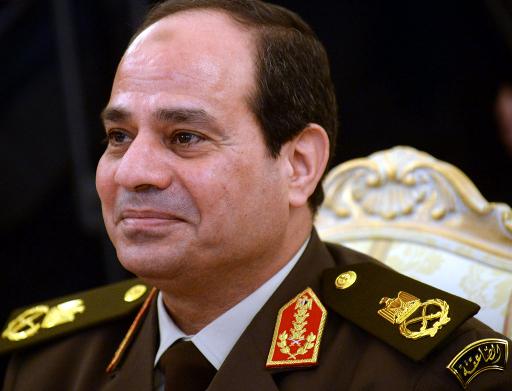 Minister of Defence Abdel Fattah Al-Sisi has said that he will complete the necessary procedures in “the next few days” to enter the race to be Egypt’s next president.

Speaking on the sidelines of a ceremony for military students Al-Sisi said that “as a man who loves his country and loves the Egyptian [people]” he cannot “ignore the desire of many of them or turn his back on their will,” according to the official spokesman of the armed forces.

The spokesman said that Al-Sisi stressed that he is “currently working within the framework of his job as the minister of defence and there are many procedures and commitments that he must complete under the current difficult circumstances and challenges that Egypt is going through.”

“There are responsibilities, values and principles that any human being in a position of responsibility must preserve whilst announcing their candidacy for the job,” said Al-Sisi. “The next few days will witness a completion of the required procedures to be officially implemented in this context.”

As per requirements in the constitution, Al-Sisi would have to resign from his military post and run as a civilian in a bid for the presidency.

Al-Sisi has enjoyed popular support in Egypt since he announced the removal of Mohamed Morsi as president in July 2013. He has previously indicated that he was considering a presidential bid.

On 27 January, the Supreme Council of the Armed Forces gave Al-Sisi the green light to run presidency. After an emergency meeting, the military council said “it could not help but respect the will of the broad masses in the nomination of Al-Sisi for presidency, which it considers a mandate and an obligation.”

Russian President Vladimir Putin said Al-Sisi had informed him of his intention to run for president during the latter’s recent visit to Moscow. Putin wished the defence minister luck, from himself “and from the people of Russia.”

Al-Sisi stressed during a symposium in January that stressed on Saturday he would do whatever Egyptians demand, in response to questions over a potential candidacy for president.

Currently Hamdeen Sabahy, head of Al-Tayar Al-Shaby, and former General Sami Anan are the only two people to have formally announced their intention to run for president.