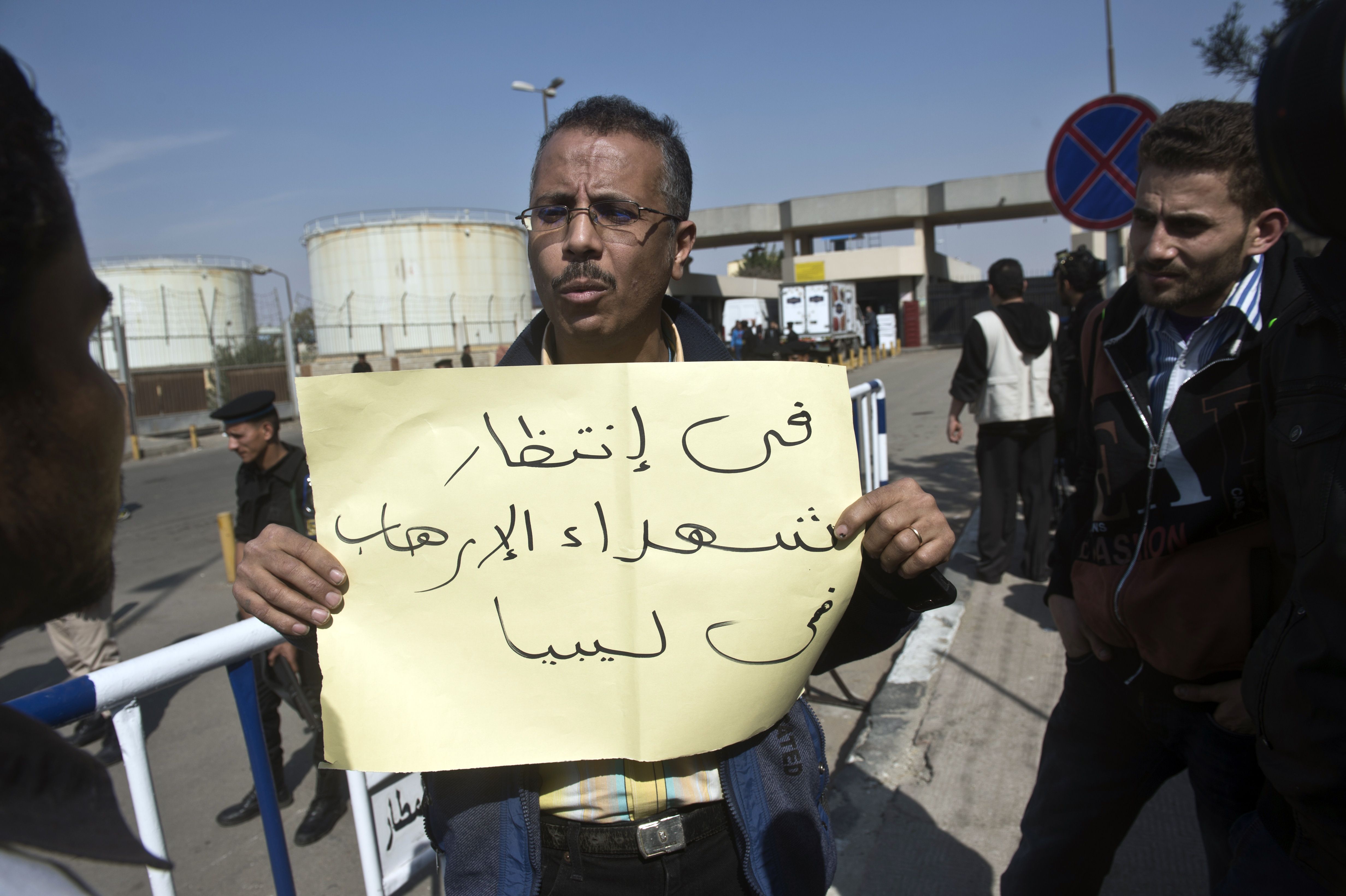 Egypt is now entering the phase of “building a better future” having been focused on correcting the image of Egypt and “protecting the two revolutions” since July, said Minister of Foreign Affairs Nabil Fahmy in a press conference Tuesday morning.

The minister covered a range of foreign affairs issues, looking back at the work done by the ministry since he became minister in July, and provided some clues to how he intends to move forward. He also discussed immediately pressing issues, such as the trend of violence against Egyptians in Libya and the Nile water dispute.

“The situation is very difficult in Libya,” Fahmy said. “This is the same tactic used by other countries worldwide. There isn’t a single country capable of protecting all citizens residing outside its borders, not only for financial reasons.”

Fahmy is heading to Rome, Italy, Tuesday to attend the Friends of Libya conference, a meeting of 28 countries and international organizations that aims to address security, justice, and rule of law in the North African country.

On Monday, the Egyptian foreign minister conducted a meeting with the sector concerned with managing the state’s relations with Libya.

Fahmy met with his Sudanese counterpart Aly Karty and the pair published a joint statement on Monday afternoon, reiterating their commitment to cooperating in security and border issues. The statement also stressed that both Egypt and Sudan are committed to a 1959 agreement that divides water between the two countries.

The two foreign ministers also coordinate on development projects in Nile Basin countries. On Tuesday Fahmy expressed Egypt’s intention to establish an agency for development which will target African countries. Africa will be a general focal point in the coming phase, with a special focus on water security, he said.

As per the 1959 agreement, Egypt will receive 55.5bn cubic metres of the estimated total 84bn cubic metres of Nile water produced each year. Sudan will receive 18.5bn cubic metres. Egypt and Sudan remain sceptical about the impact the building of the Grand Ethiopian Renaissance Dam will have on their share of the water. The three countries are engaged in ongoing negotiations to find a solution that is acceptable to all parties, however the Ministry of Water resources and Irrigation has said that while negotiations are cordial there are still some points of contention among the parties.

“We focused on explaining [to the outside world] what is happening in Egypt,” said Fahmy, who retained his post despite last week’s cabinet reshuffle. “We also focused on fortifying the revolutions against foreign threats.”

Another area of focus, Fahmy said, was concerned with “correcting and restoring” Egypt’s foreign policy in a manner which would establish Egypt as a state with “Arab identity and African roots.” To achieve this goal, the foreign minister said his ministry had to address regional issues such as peace in the Middle East, water security within the Nile Basin countries and the Syrian crisis.

Former president Mohamed Morsi’s ouster in July drew mixed reactions from the international community. Many countries, most notably Saudi Arabia, Kuwait and United Arab Emirates, openly welcomed the removal of the Islamist president. Other countries voiced concerns over the change of government, which the interim government presented as a revolution, but was labelled a military coup d’état by supporters of the deposed president.

The African Union Peace and Security Council suspended Egypt’s activities within the union in the days after Morsi’s removal. The United States took months to determine its position, eventually freezing the delivery of military aid in October.

The ministry launched a campaign explaining the domestic situation in Egypt through its ambassadors around the world. A team of diplomats were dispatched around Africa to voice Egypt’s opposition to its suspension from the African Union and to explain events on the ground.

“We will be addressing our relations with the African Union,” Fahmy said Tuesday.

The foreign minister’s third goal, he said, was to “restructure” Egypt’s external activities and “hand over the Ministry of Foreign Affairs in better shape.”

Fahmy then discussed his vision for the future of Egypt’s foreign policy, saying “he will especially focus on “widening Egypt’s options,” adding that “we already have a good basis.” Egypt’s recent high-level engagement with Russia is a prime example of this policy. The warming of relations with Moscow coincided with the US military aid freeze, prompting speculation of weapons deals with Russia, something that Egypt has relied on the US for since 1979.

“The issue of terrorism will also be addressed in our approaches,” Fahmy said. Egypt has repeatedly stressed that it has been engaged in a “war on terrorism”, since the Muslim Brotherhood regime was toppled last summer.

The foreign minister promised that in the coming phase more attention will be given to Egyptian expatriates. Egypt’s consulates and embassies have a responsibility to provide Egyptian expatriates with care and services, he said, urging unregistered expatriates to immediately register at the nearest embassy or consulate. Egypt’s diplomatic missions still need to exert more efforts to communicate with expatriates, he said.

“Several Egyptian expatriates are in danger, sometimes due to the conditions of the countries where they reside,” Fahmy said. “The unstable situation in Libya, for instance, led to criminal acts targeting Egyptians.”