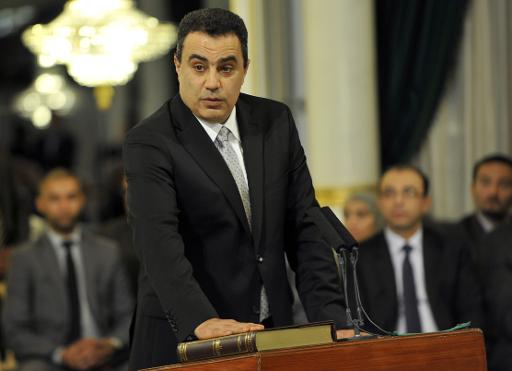 Tunisia’s economic recovery since its 2011 “Arab Spring” revolution has been hampered by political instability, social unrest and Islamist violence.

“Frankly, the situation is more difficult than we thought,” Jomaa said in an interview aired on public television a month after becoming prime minister.

“We will have to make sacrifices… You can ignore reality, but reality won’t ignore us,” he added.

Jomaa, who formed a consensus government in late January after Ennahda, the moderate Islamist party that rose to power after the country’s first free elections, stepped down amid a political assassination scandal.

Jomaa said that the national budget had a TND 4bn ($2.5bn) hole in it.

He said the country would launch a bond issue, but warned that alone would not give the needed boost to the public coffers.

“I intend to go to the Gulf nations, the United States and France. We will borrow even more,” he added.

Last week the World Bank announced a $1.2bn programme to support economic and political reform in Tunisia after the adoption in January of a new constitution.

Jomaa promised not to lower salaries but said there would be no new public sector recruitment.

He said another revolution, in the national mentality, was required to pull the economy up warning that “if we do nothing, there could be a catastrophe”.

Social discontent in Tunisia often leads to violence, especially in the impoverished centre of the country, where a street vendor set himself on fire more than three years ago in a desperate act of protest that launched the first Arab Spring uprising.

Unemployment was a driving factor behind the revolution that toppled the regime of autocrat Zine El Abidine Ben Ali and continues to affect some 15% of the economically active population, with the figure rising to more than 30% among school leavers.

Growth last year slowed to 2.6% last year, compared with 3.6% in 2012, according to figures announced by the central bank on Thursday.

It said the decline was explained “by the negative political and security factors that prevailed especially in the second half of the year, which in addition to the economic slowdown, put pressure on the country’s financial stability”.

Since the 2011 uprising, Tunisia has been hit by sporadic violence linked to radical Islamists, who were blamed for the assassinations last year of two secular politicians.

The killings plunged the country into political turmoil and eventually forced the Ennahda-led government to resign.

Jomaa reiterated his promise to hold “transparent elections” by the end of the year.

“It is our belief is that it is in the national interest to turn the final page of the process of political transition,” he said.