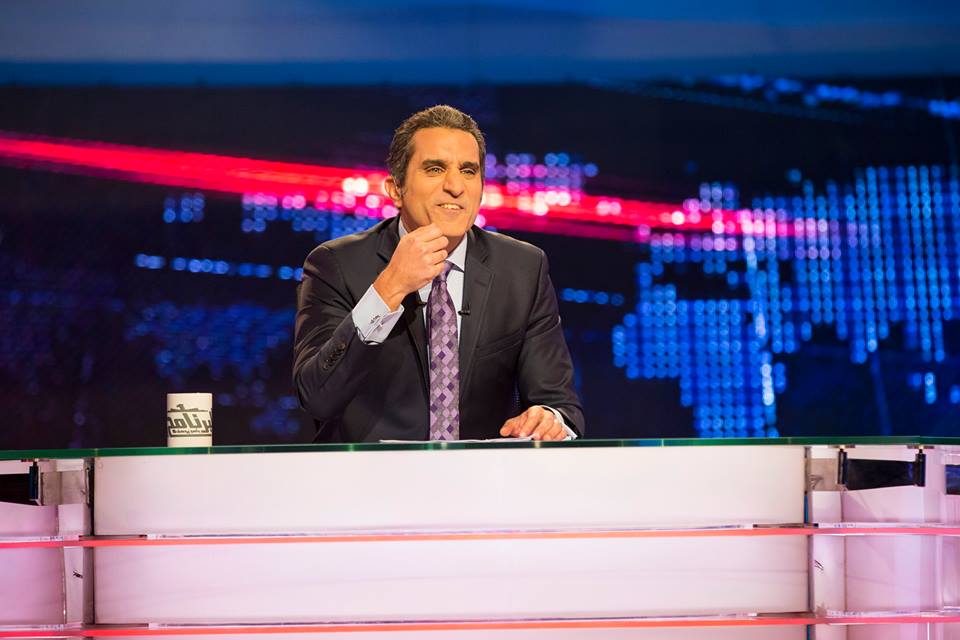 Described as “deliberate” an official MBC Misr statement said the jamming “disabled the network for several minutes and [was witnessed by] many viewers in different parts of the Arab World.”

Youssef and ratings behemoth “El-Bernameg” are no strangers to controversy. Originally aired on competing broadcaster CBC, Youssef’s show was suspended on 2 November, just minutes before the second episode of the third season was set to air.

After the termination of the contract with CBC, “El-Bernameg” was picked up by MBC Misr and began airing on 7 February.

Youssef created controversy on the season premiere of “Al-Bernameg” when he took jabs at the cult of personality surrounding commander of the Armed Forces Abdel-Fattah Al-Sisi, Islamists and the low profile of interim President Adly Mansour.  The Armed Forces and the presidency have traditionally been red lines in the Egyptian media—topics to be avoided.

Within 24 hours of the first episode’s airing, the prosecutor’s office had already received several complaints about the programme, accusing Youssef of defaming the military and working to “undermine the honour and dignity of Egypt and its people.”

On 12 November it was reported that the prosecutor general had opened an investigation into complaints against Youssef.

The Arab Network for Human Rights Information (ANHRI) “deplored the intense campaign” against Youssef following the episode, which aired on 25 October, and demanded that his show be allowed to return to the airwaves. ANHRI considered the suspension of the programme “a blow to the freedom of expression after 30 June and confirms the return of businessmen owning the media to impose self-censorship in order to preserve their interests with authority.”

Political parties, groups and figures including Misr Al-Qawia, Mohamed ElBaradei and the 6 April Movement condemned the suspension of Al-Bernameg, while presidential media adviser Ahmed El-Moslimany attempted to distance the government from the incident, emphasising the interim government’s support of freedom of speech, adding that the CBC decision was an internal matter.

Youssef faced pressure under the presidency of deposed president Mohamed Morsi as well. On 30 March 2013 the prosecution issued an arrest warrant for the TV host accusing him of mocking the presidency, insulting Islam, and spreading false news. Youssef was released on bail and all charges against him were later dropped.

Representatives from “El-Bernameg” were unable to be reached for contact.