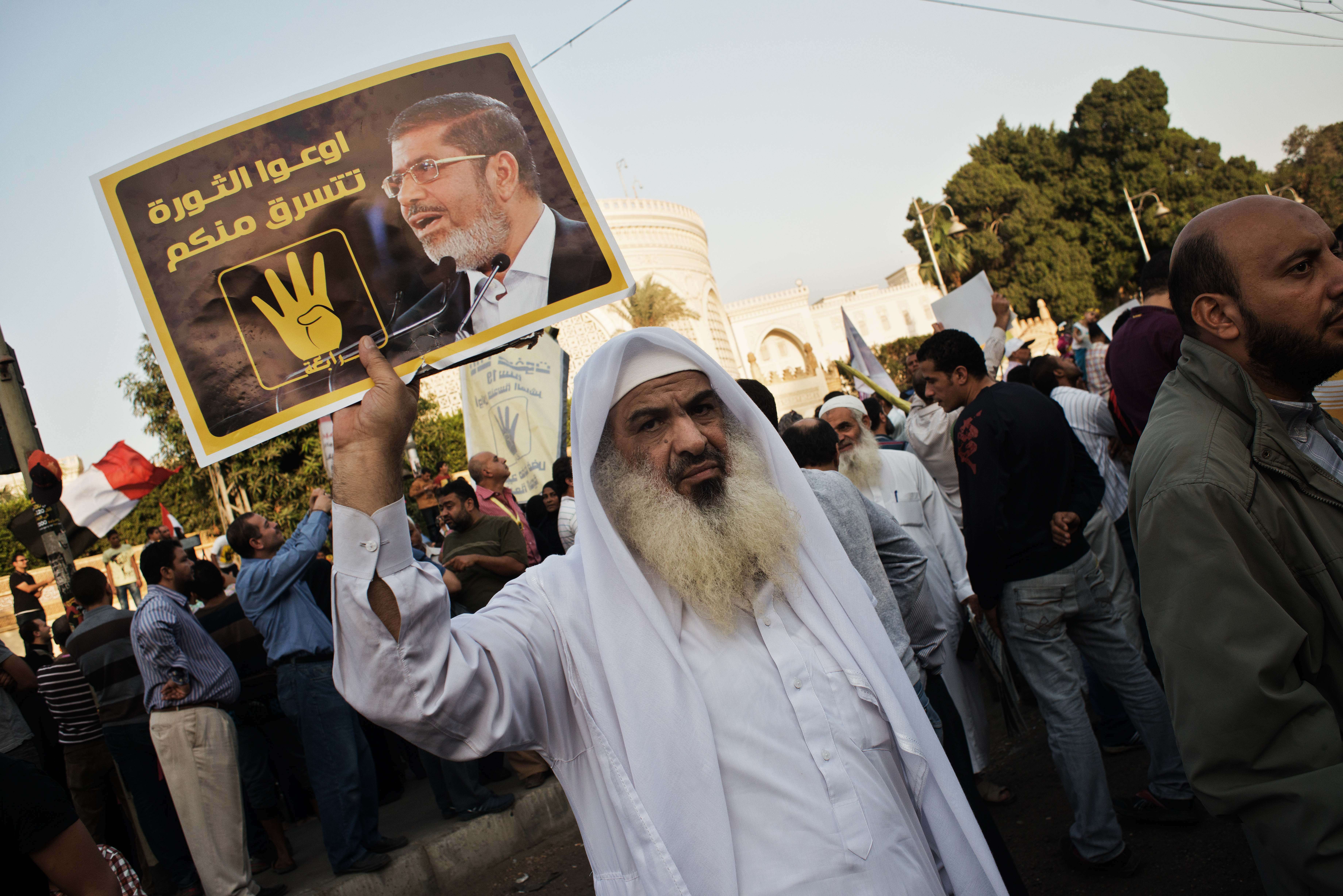 The move represents a major escalation against the Brotherhood of deposed Egyptian president Mohamed Morsi and indicates rising concern in Riyadh over the potential risks to domestic security of Saudi extremists fighting in Syria.

Riyadh staunchly supports Sunni-led rebels battling to overthrow Syrian President Bashar al-Assad but has long feared blowback from radical jihadist groups, particularly after a spate of attacks by a local Al-Qaeda franchise from 2003 to 2006.

Friday’s move comes two days after Saudi Arabia, Bahrain and the United Arab Emirates recalled their ambassadors from Qatar, which supports Islamists groups in the region and was a backer of the Brotherhood.

A list published by the interior ministry designates as terrorist organisations the Brotherhood, Al-Nusra Front, which is Al-Qaeda’s official Syrian affiliate, and the Islamic State of Iraq and the Levant (ISIL), a rogue group fighting in both Syria and Iraq.

Also blacklisted are Shiite Muslim rebels known as Huthis in northern Yemen and “Hezbollah inside the kingdom,” a reference to a little-known Shiite group in` overwhelmingly Sunni Saudi Arabia.

The interior ministry, in a statement carried by state media, said it will prosecute anyone backing these groups “financially or morally”, or who express sympathies for them or seek to promote them through media and social networks.

It also forbids “participation in, calling for, or incitement to fighting in conflict zones in other countries.”

Saudis fighting abroad were given a 15-day ultimatum Friday to return home or face imprisonment.

Prison also awaits anyone calling for demonstrations or taking part in them, the ministry said.

And analysts warned of the effect of that on civil liberties.

“There is fear that the text will be interpreted in such a way to muzzle freedom of expression,” said sociologist Khaled al-Dakheel.

Last month, King Abdullah already announced jail terms of up to 20 years for belonging to “terrorist groups” and fighting abroad and tough sanctions for anyone backing the incriminated organisations.

Rights group Amnesty International sharply criticised that decree, saying it could be used to suppress peaceful political dissent because the law used an “overly vague definition of terrorism.”

In 2011, Saudi Arabia set up specialised terrorism courts to try dozens of its citizens and foreigners accused of belonging to Al-Qaeda or being involved in a wave of bloody attacks that swept the country from 2003.

The Saudi and other conservative Gulf monarchies have long been hostile to the Brotherhood, fearing that its brand of grass-roots activism and political Islam could undermine their authority.

On Wednesday, Saudi Arabia, Bahrain and the United Arab Emirates recalled their ambassadors from Doha, over Qatar’s backing of the Brotherhood in Egypt.

The move is an unprecedented escalation of tension with a fellow member of the Gulf Cooperation Council, which also includes Kuwait and Oman.

It reflected the fury of these three nation at Qatari support for Islamist groupings that emerged in the wake of the 2011 Arab Spring uprisings that toppled dictators in Tunisia, Libya and Egypt who had long oppressed radical Islamists.

It was also seen as a revival of the on-again, off-again rivalry between Riyadh and Doha, oil- and gas-rich monarchies that have long vied for regional influence.

Saudi Arabia hailed the July overthrow of Morsi and pledged billions of dollars to Egypt’s military-installed government and, in recent months, has eclipsed Qatar as the main backer of Syria’s rebels.

Egypt, which has launched a sweeping crackdown on the Brotherhood and detained reporters from Qatar’s Al-Jazeera news network, has meanwhile said its own envoy would not return to Qatar.