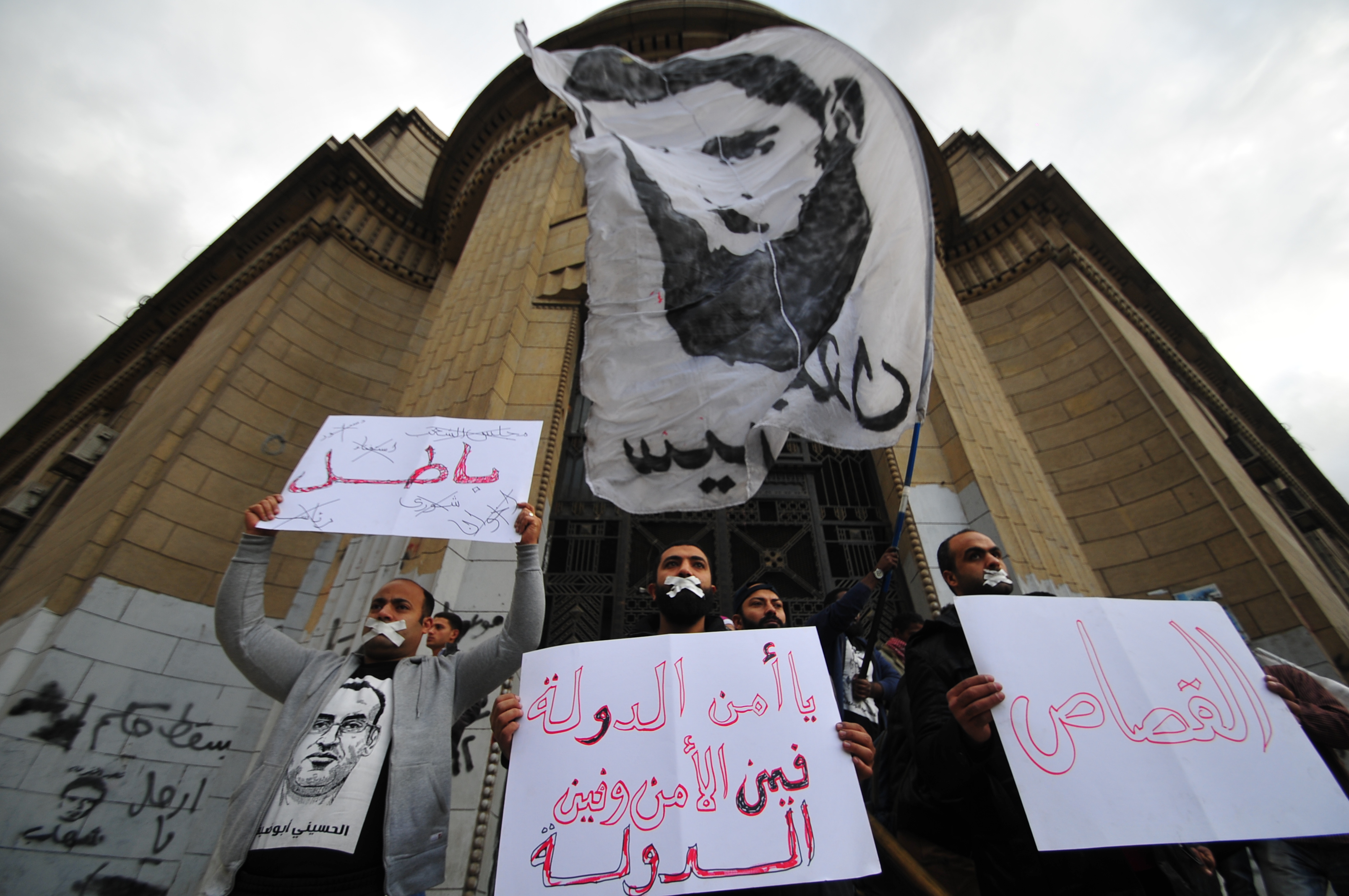 The Court of Cassation turned down on Sunday the challenge issued by police officer Osama Al-Kanisy appealing his prison sentence over the charge of killing torture victim Sayed Belal, upholding the former’s 15-year prison sentence.

Belal, a Salafi, was tortured to death by State Security Investigations Service officers and forced to confess to taking part in the 2011 Alexandria church bombing that killed more than 20 Christian worshippers and one Muslim guard.

Al-Kanisy was sentenced in absentia to life imprisonment in June 2012 but the court ordered a retrial after he turned himself in in March 2013. Alexandria Criminal Court sentenced the police officer to 15 years in maximum security prison in April and ordered him to pay EGP 10,000.

The court found Al-Kanisy, a captain with State Security, guilty of being an accomplice to the murder as well as unlawfully arresting and torturing Belal.

Al-Kanisy told the court he was not involved in any fieldwork regarding the Alexandria church bombing case and that he held a desk position as part of the “international counter-terrorism” unit. Plaintiff lawyers argued, however, that no such unit existed at the time and that it was formed after the 2011 Revolution when the State Security Investigations Service was dismantled and recreated as the Homeland Security division.

The Alexandria Criminal Court had initially sentenced five policemen for Belal’s death in June 2012. Four policemen were sentenced to life in prison in absentia, while the fifth was sentenced in session to 15 years in maximum security prison.

Two defendants were later acquitted. Ahmed Kamel, was acquitted by the Alexandria Criminal Court in June 2013. Mahmoud Abdel-Alim’s conviction was overturned in December 2012.

During New Year’s Eve celebrations in 2011, a car bomb went off outside Two Saints church in Alexandria, killing 23 people and injuring 97. State Security arrested Belal and blamed him for the attack but failed to produce any evidence.

Belal died after being tortured during investigations. The police failed to arrest or identify the culprits of the bombing.