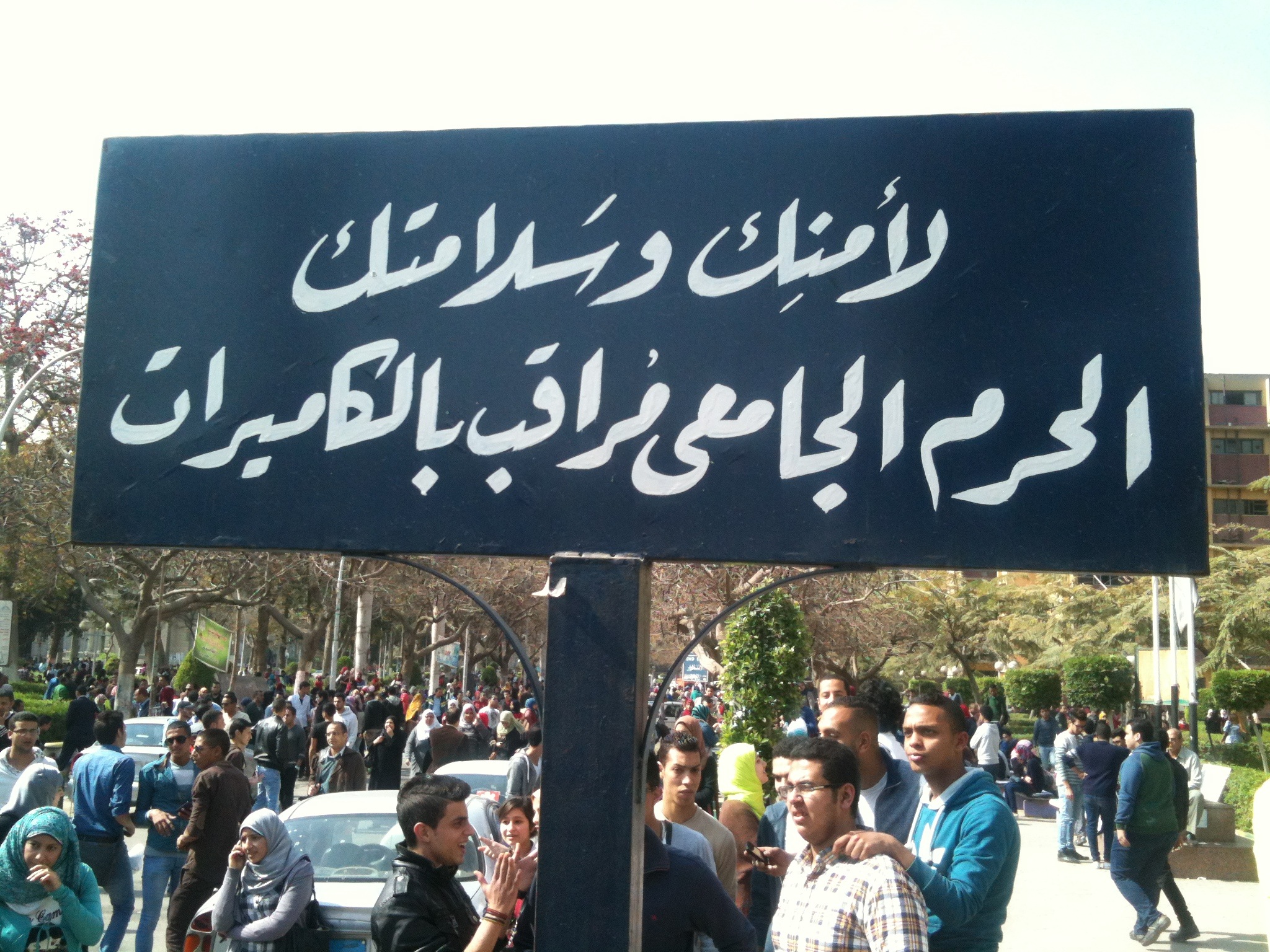 Minister of Higher Education Wael El-Degwy said in a press statement on Monday that only administrative security would be present on campus, reported state-run Al-Ahram.

El-Degwy added that security forces affiliated with the interior ministry would be present outside campuses, and would only be allowed inside after authorisation is given from university chairmen according to the protocol signed between the interior ministry and the Ministry of Education.

A recent court order issued last February by the Urgent Matters Court mandated the return of security personnel affiliated with the Ministry of Interior on university campuses, contradicting another verdict by the Supreme Administrative Court in 2010 which mandated that security personnel affiliated with the interior ministry be replaced by administrative security.

Mohamed Abdel Salam, a researcher at the Association of Freedom of Thought and Expression, previously described the verdict of the Urgent Matters Court as “worthless”, adding that it is not legally binding, since the Supreme Administrative Court is the highest judiciary body, and therefore the only body that can rule on the matter.

The court decision has stirred controversy among several student groups and had divided Egypt’s Student Union, while Students Against the Coup has organised protests in universities nationwide on Sunday denouncing the decision.

At Ain Shams University, security measures have been installed as the school year resumes. Metal detector gates were placed at the university’s main gate, along with a large sign reading, “For your safety and security the university campus is being monitored by cameras.”

The second term was postponed several times before commencing last Saturday in all schools and universities except for Al-Azhar University, where the school year will resume starting the following Saturday.

Last semester Egyptian universities witnessed violent clashes between security forces and Students Against the Coup. The clashes lead to the storming of different university campuses on various occasions by security forces, starting with Al-Azhar University on 30 October 2013. An unidentified number of students were detained and five were reported dead as a result of the clashes.