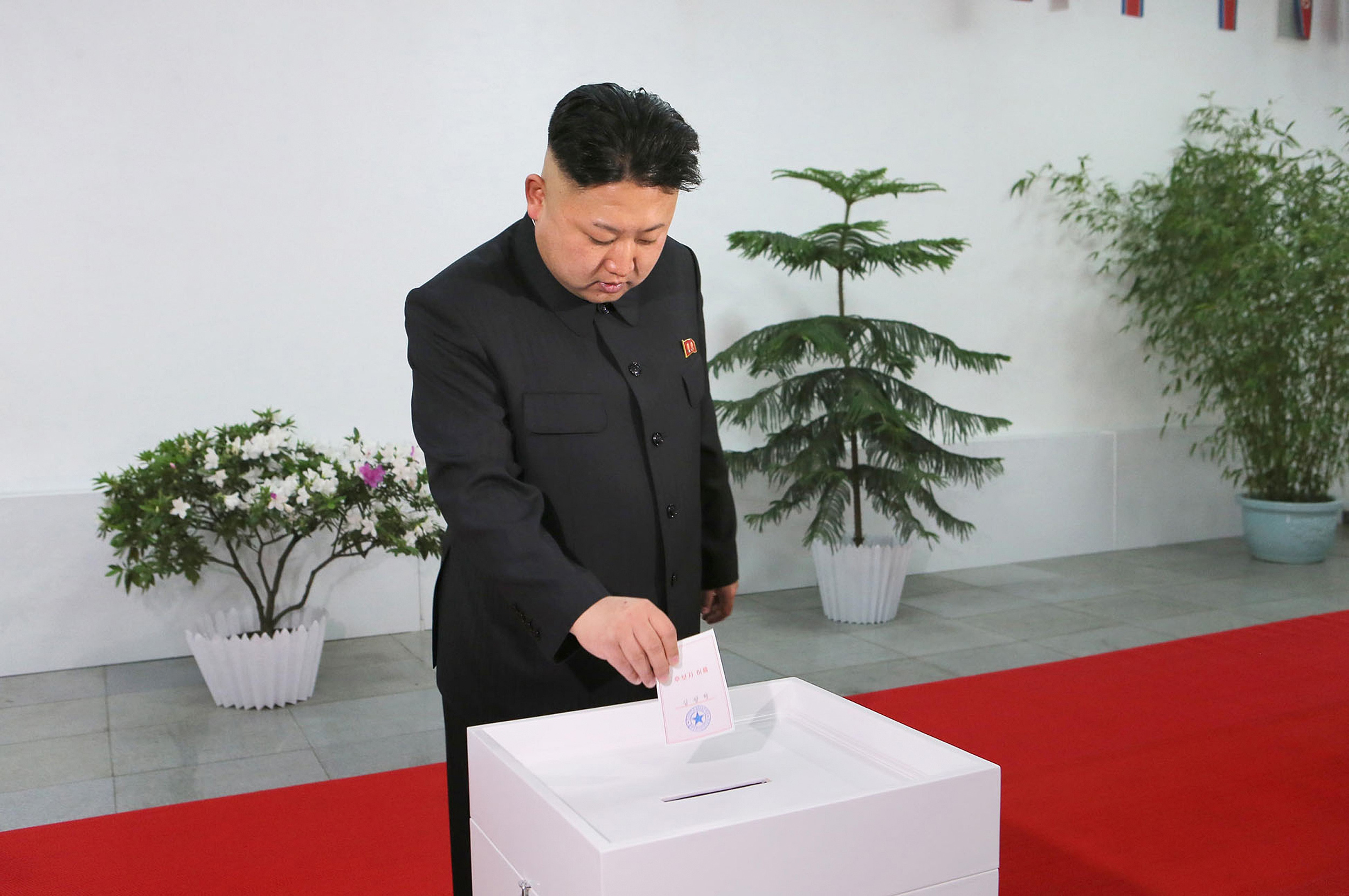 Every single vote cast on Sunday in Kim’s constituency was for the man who can now add MP to his many titles that include Supreme Commander of the armed forces and chairman of the powerful National Defence Commission.

“All the voters of the constituency took part in voting and 100 percent of them voted for Kim Jong-Un,” the North’s official KCNA news agency said.

“This is an expression of … people’s absolute support and profound trust in supreme leader Kim Jong-Un as they single-mindedly remain loyal to him, holding him in high esteem,” it said.

Sunday’s ballot was an election in name only.

Each of the nearly 700 constituencies had only one state-sanctioned candidate, ensuring a foregone conclusion in every case.

Voting was mandatory and state media said all registered voters across the country — except for those based overseas — took part.

Elections to the Supreme People’s Assembly (SPA) are held every five years, and this was the first under Kim’s leadership. He took over the reins of power on the death of his father, Kim Jong-Il, in December 2011.

Koreans have traditionally attributed divine status to Mount Paektu and, according to the North’s official propaganda, Kim Jong-Il was born on its slopes.

The KCNA report hailed Kim as the worthy successor to his father and his grandfather — North Korea’s founder leader — Kim Il-Sung, saying he had “remarkably increased the defence power” of the nation.

The SPA only meets once or twice a year, mostly for a day-long session, to rubber-stamp budgets or other decisions made by the powerful ruling Workers’ Party.