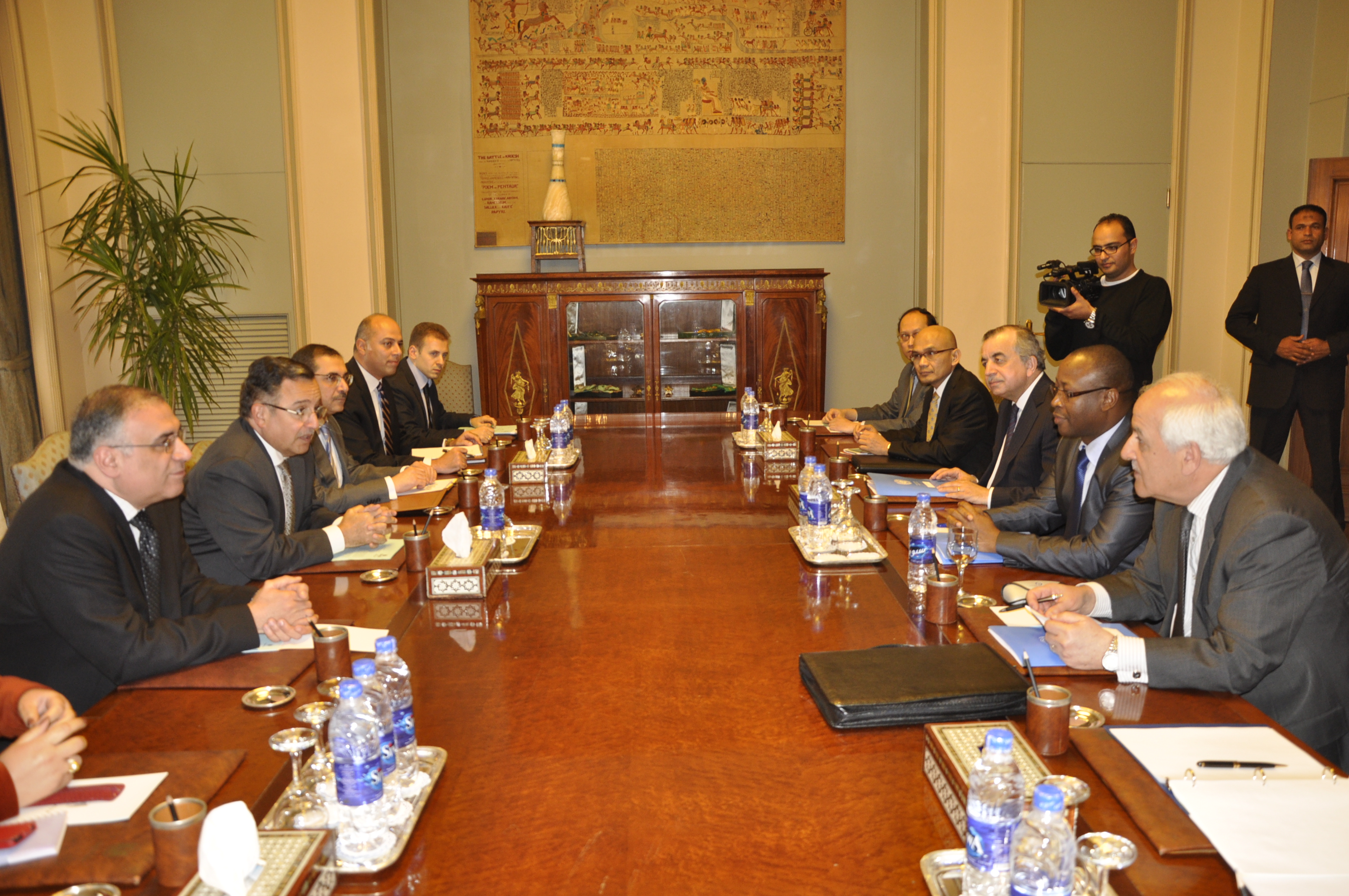 Egypt permitted the delivery of building materials into the Gaza strip on Monday as part of a Qatari aid package to help with the reconstruction of the Palestinian territory.

Nine trucks crossed the Rafah border into the Gaza strip, seven carrying 362 tonnes of iron and the remaining trucks delivered 100 cubic metres of gravel, according to state news agency MENA.

Also on Monday the Committee on the Exercise of the Inalienable Rights of the Palestinian People (CEIRPP) visited Cairo for a meeting at the headquarters of the Arab League. Minister of Foreign Affairs Nabil Fahmy attended the meeting along with Arab League Secretary General Nabil El-Araby.

In his address to the committee Fahmy praised the efforts of the CEIRPP for their efforts “to preserve the rights of the Palestinian people and help them in their quest to establish an independent state with sovereignty over East Jerusalem,” according to a Monday ministry statement.

The minister expressed “optimism” over the ongoing final status negotiations between the Palestinians and Israelis; however, he also voiced concern over Israel’s approach to the talks. He stressed “the goal of the current round of negotiations is to reach a final solution sooner rather a new phase of conflict management”. He called for continued peace efforts, “most notably ending the unilateral measures taken by Israel, especially the settlements”. He also called for an end to “the judaisation of Jerusalem” and the “blockade of the Gaza strip”.

Egypt, while not a member of the CEIRPP itself, has observer status in the committee. The CEIRPP was established in 1975 by the United Nations to ensure the rights of the Palestinian people to “self-determination without external interference, national independence and sovereignty; and to return to their homes and property from which they had been displaced”.

Egypt’s relations with Hamas, the ruling party in the Gaza strip, and Qatar have become increasingly strained since the ouster of Mohamed Morsi in July 2013. An Egyptian court recently ruled to ban the activities of Hamas inside Egypt and ordered the seizure of their offices. The Islamic Resistance Movement has its roots in the Muslim Brotherhood of which Morsi and much of his administration were members of. The group has also been labelled a terrorist organisation in Egypt, Saudi Arabia and the United Arab Emirates.

Egypt’s ambassador to Qatar has been in Cairo since early February in opposition to the Gulf state’s stance on the removal of Morsi as president. During his year in office, Morsi facilitated the visit of the then Qatari Emir Sheikh Hamad bin Khalifah Al-Thani, who pledged $254m to rebuild roads, housing and infrastructure and agricultural development.

The Egyptian foreign ministry spokesman was not available for comment on the delivery of Qatari aid to Gaza.