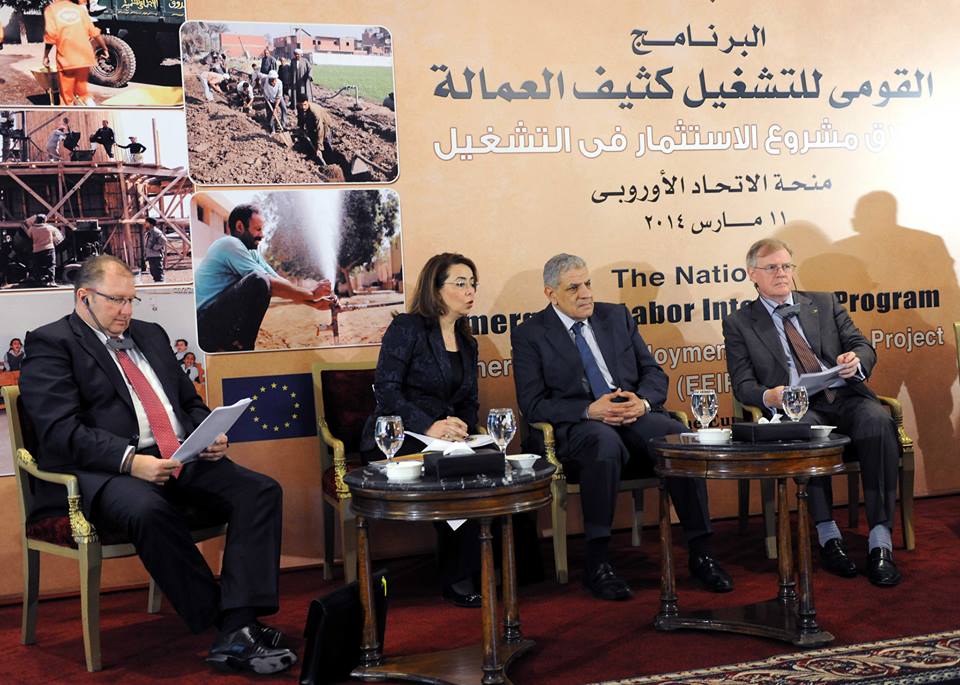 The European Union provided €70m and the World Bank provided $200m for a developmental project Tuesday that is expected to create 8.5m temporary and 2,300 permanent jobs in the coming year, according to a cabinet statement.

The venture, called the Egypt Emergency Labour Intensive Investment Project (ELIIP), started in October 2012 with the aim of employing unskilled Egyptians. The project will be implemented by the Social Fund for Development.

“Growth is a necessary, indeed indispensable condition for sustained job creation and poverty reduction,” said World Bank Country Director for Egypt Hartwig Schafer, during the project’s launching ceremony. “But it is not in itself sufficient.”

Hartwig said strategies aimed primarily at boosting market growth with the hope that benefits will trickle down to the poor may sometimes miss opportunities to create employment and to reduce poverty. The World Bank chose to invest in the ELIIP in an attempt to improve living conditions for the poorest people by fostering sustainable human development in Egypt.

Egypt also faces challenges when it comes to creating short term employment, in particular for young people, he said.

“We know from our own recent experience in parts of Europe where the eurozone crisis has impacted the young, how important it is to keep those young hopes alive,” Hartwig said.

As part of the project, 15 NGOs will partner with small-time local contractors to provide campaigning jobs for youth in mother-child health and environmental cleanliness, the ministry reported.

The project will also focus on increasing employment in urban and rural areas, and improving the proficiency of kindergarten. The project will cost EGP 15m and is expected to provide temporary jobs for 486,500 young people.

Workers on supported projects are expected to make a minimum daily wage of EGP 35.

In 2013, the government worked with 146 NGO’s to provide daily work for people in the governorates of Luxor, Beheira, Daqahleya, Sharqeya, and North Sinai among many others. The World Bank had provided EGP 146m for the project over the year.