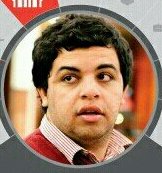 A detained Al-Jazeera English journalist who has been conducting a hunger strike for 50 days had his detention renewed for another 45 days Tuesday.

Abdullah El-Shamy, arrested outside Rabaa Square during the 14 August dispersal while reporting for Al-Jazeera English, has been refusing food to protest the condition of his detention.

He has yet to face charges.

El-Shamy’s brother, photojournalist Mosa’ab El-Shamy, said of Tuesday’s session that “only their lawyers went to court, and hours later we were told by one of them that they were insulted by the judges.”

“We knew what was coming,” he added.

The younger El-Shamy confirmed this, saying the detainees in his brother’s case were not allowed to attend the hearing.

El-Shamy initiated his hunger strike on 22 January. “He has lost a lot of weight, and it is taking its toll,” El-Shamy’s brother Mosa’ab said. “He continues to go ahead with his strike,” he added, calling the situation “very concerning”.

Al-Jazeera English has repeatedly called for El-Shamy’s immediate release, along with the release of three other detained journalists working for the Qatar-based English news service.

Fahmy and Greste will be tried alongside Egyptian producer Mohamed Baher and seventeen others. Among the charges levied against them are “broadcasting false news” and “aiding a terrorist organisation”.  Their arrests have garnered international condemnation.

“The deeply polarised Egyptian press was battered by an array of repressive tactics throughout 2013, from the legal and physical intimidation during the tenure of former President Mohamed Morsi to the widespread censorship by the military-backed government that replaced him,” a recently issued Committee to Protect Journalists report said.