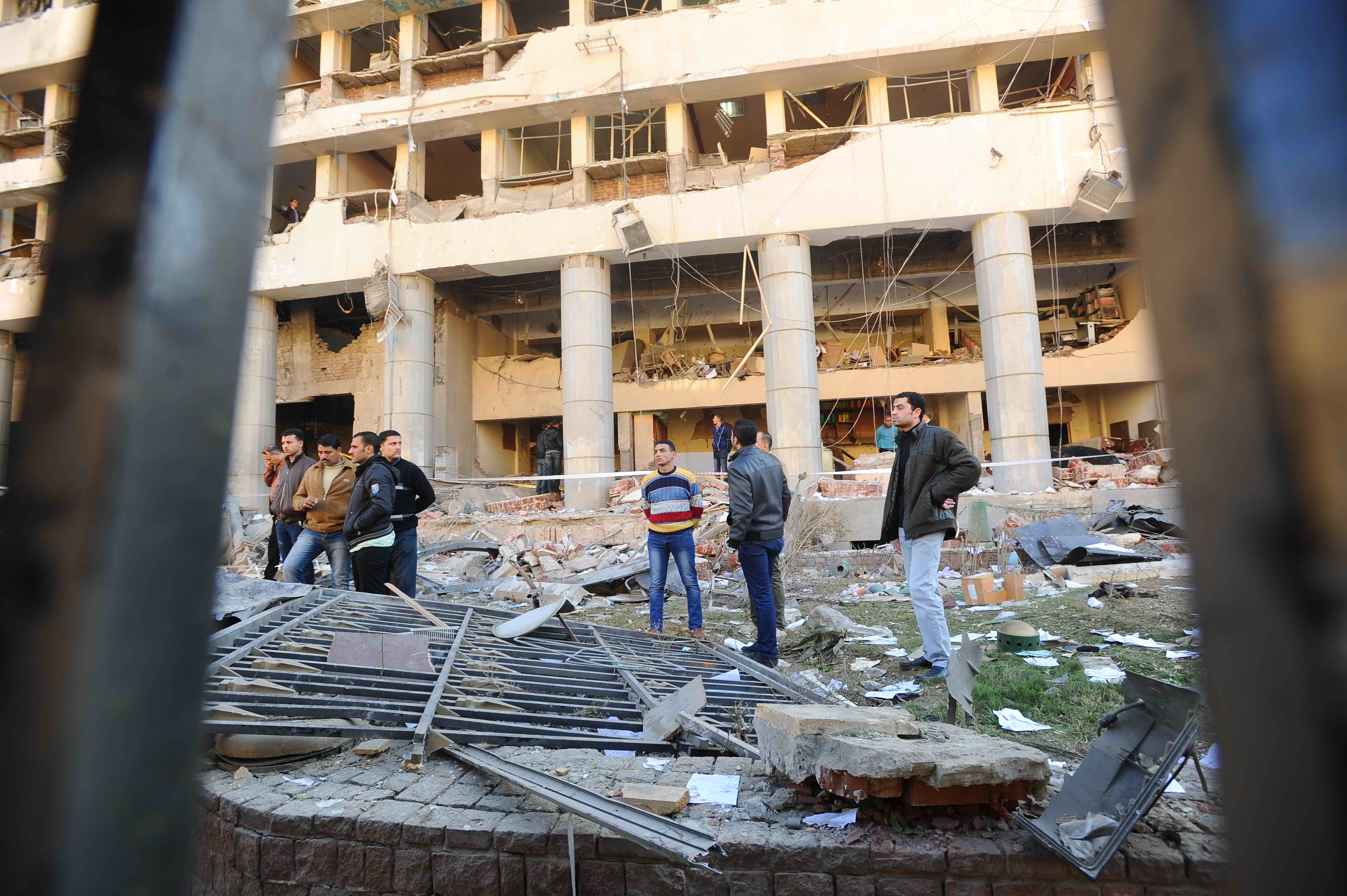 The Ministry of Interior announced in an official statement on Tuesday night that the alleged Cairo Security Directorate “bomber” was shot dead in the neighbourhood of Ain Shams, located in Eastern Cairo.

The statement called the alleged perpetrator, Mohamed Al-Sayed Al-Toukhy, one of the “most dangerous terrorist elements”. The suspect was monitored by Homeland Security and traced to his apartment in Ain Shams; at the time of his arrest, he used a firearm to shoot against the security forces, who fired back and shot him dead, according to the statement.

“All the legal measures were taken and the prosecution office is continuing its investigation,” the statement said.

On 24 January a bomb exploded in front of Cairo Security Directorate in Bab Al-Khalq neighbourhood at around 6.30am. The explosion killed four, injured 76 and destroyed the façade of the Museum of Islamic Art, which lies across the street from the security directorate.

Explosive expert General Mohamed Gamal Shawqi told state television that the bomb was made with 500 kilograms of explosives.

Sinai-based militant group Ansar Beit Al-Maqdis claimed responsibility for the attack along with two other bombings that took place in different parts of Cairo on the same day.

The militant group has claimed responsibility for the recent suicide bomb against the South Korean tourist bus in the Sinai Peninsula on 18 February, referred to by the group as part of an “economic war” against Egypt.