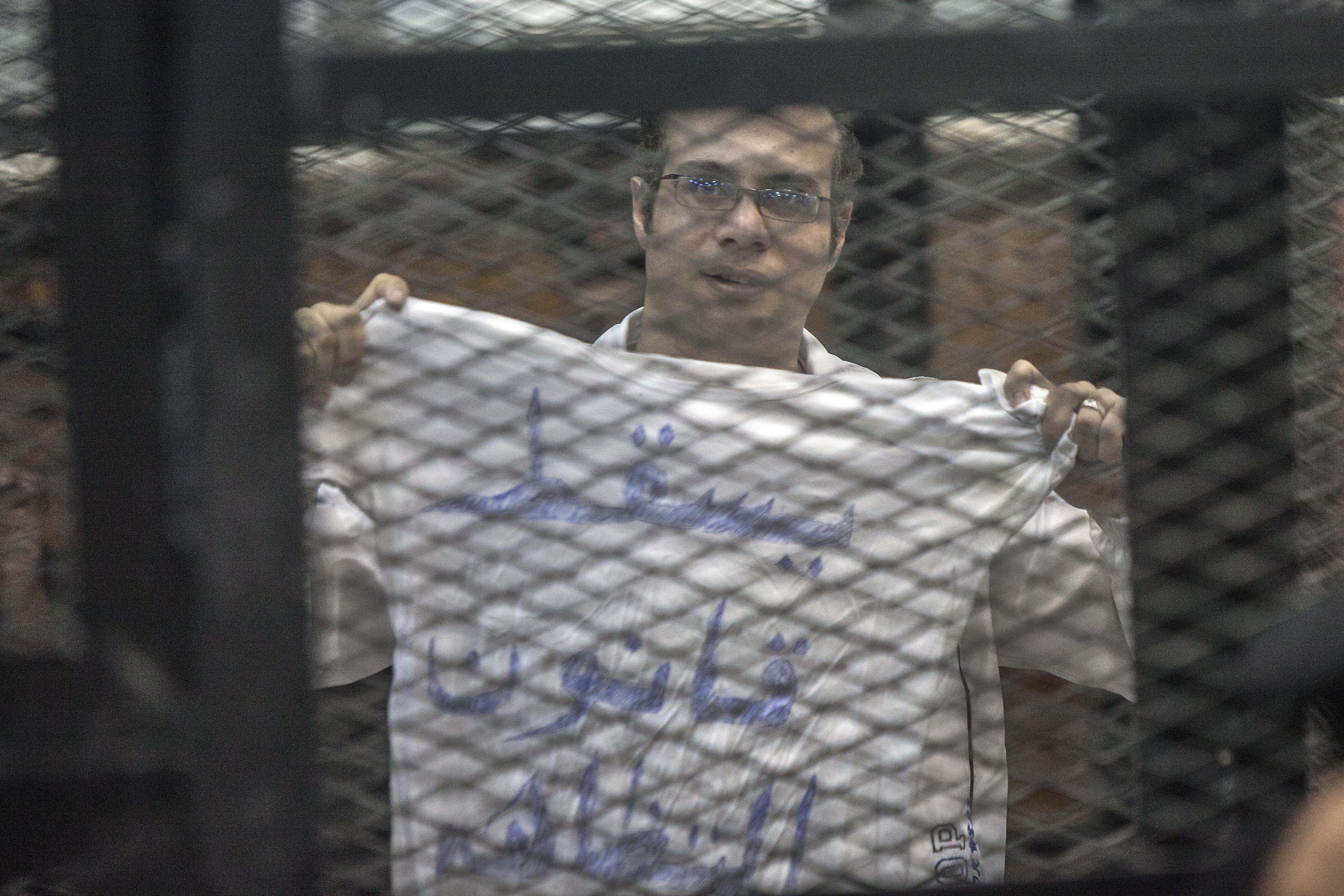 The United States has said it is “deeply concerned” over allegations that political activists facing trial were “abused and beaten by security forces” before appearing in court on Monday.

Secular activist Alaa Abdel Fattah and leading 6 April Youth Movement leaders Ahmed Maher and Mohamed Adel claim they were beaten by security forces when being transferred to their appeal hearing from Tora Prison.

“If true, there is no justification for such treatment,” said Spokeswoman for the United States Department of State Jen Psaki on Tuesday. “We look to the Egyptian Government to ensure the safety of all those arrested or detained,” she continued, adding that the government must also ensure “due process and fair and transparent trials and that the law is applied equitably and free of political bias.”

Psaki also welcomed reports that the Egyptian authorities plan to launch an investigation into the incident.

The lawyers representing Douma, Maher and Adel withdrew from the court session in protest and filed a complaint over the incident.

The activists were each sentenced to three years in prison with hard labour and fined EGP 50,000 on 22 December 2013.

They are appealing their convictions for protesting without the Ministry of Interior’s approval under the controversial Protest Law, rioting, “thuggery”, using violence against Abdeen Courthouse security personnel and possessing melee weapons.

Rights groups in Egypt condemned conditions of the three activists in addition to that of Alaa Abdel Fattah, a prominent activist who is also imprisoned.

A trial date is yet to be set for Abdel Fattah, who has been in preventative detention for over 100 days.

The National Council for Human Rights issued a report in January detailing the “suffering” of activists in detainment and asking the Ministry of Interior to stop mistreating detainees.