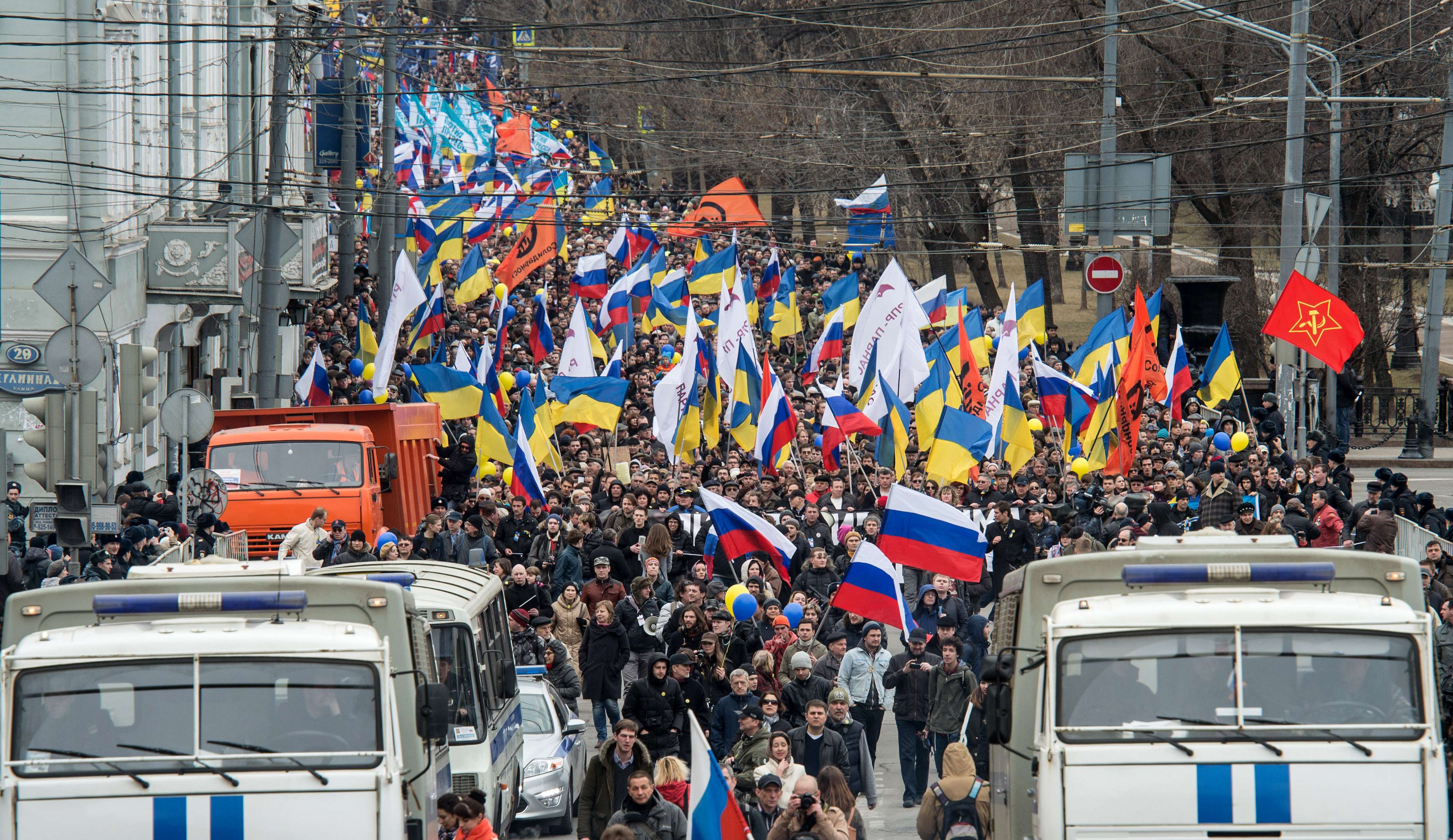 AFP – Thousands of people rallied in central Moscow Saturday in protest at Russia’s intervention in Ukraine, a day before the Crimean peninsula is expected to vote on switching to Kremlin rule.

Marchers carried placards reading “Putin, get out of Ukraine” and others comparing Russia’s move on Crimea with the Nazi annexation of the Sudetenland as Europe rushed headlong into World War II.

University professor Yelena Orlova, 47, whose sign read “Ukraine is a sovereign state”, said she did not expect the rally would change her government’s position, but believed it was her duty to speak out.

“I don’t agree with the policy of Putin,” she told AFP. “I am against the annexation of Crimea. I think Russia should respect the borders of Ukraine.”

An AFP team at the rally estimated there were up to 20,000 people.

An earlier estimate from the police put the number at 3,000. Russian police frequently downplay the size of opposition demonstrations.

Some leftist protesters were waving the black and red banners of the hugely controversial Ukrainian Insurgent Army (UPA), which fought both Soviet and Nazi forces during World War II.

A helicopter buzzed overhead as some chanted “The main enemy is in the Kremlin. No to fascism, no to imperialism.”

At a rival demonstration in central Moscow, which appeared to be well-organised, police estimated 15,000 people had gathered in support of Putin.

Television cameras, which swooped over the heads of demonstrators, showed uniform lines of people wearing red and carrying red flags as speakers lashed out at “fascists” in Ukraine they say are targeting ethnic Russians.