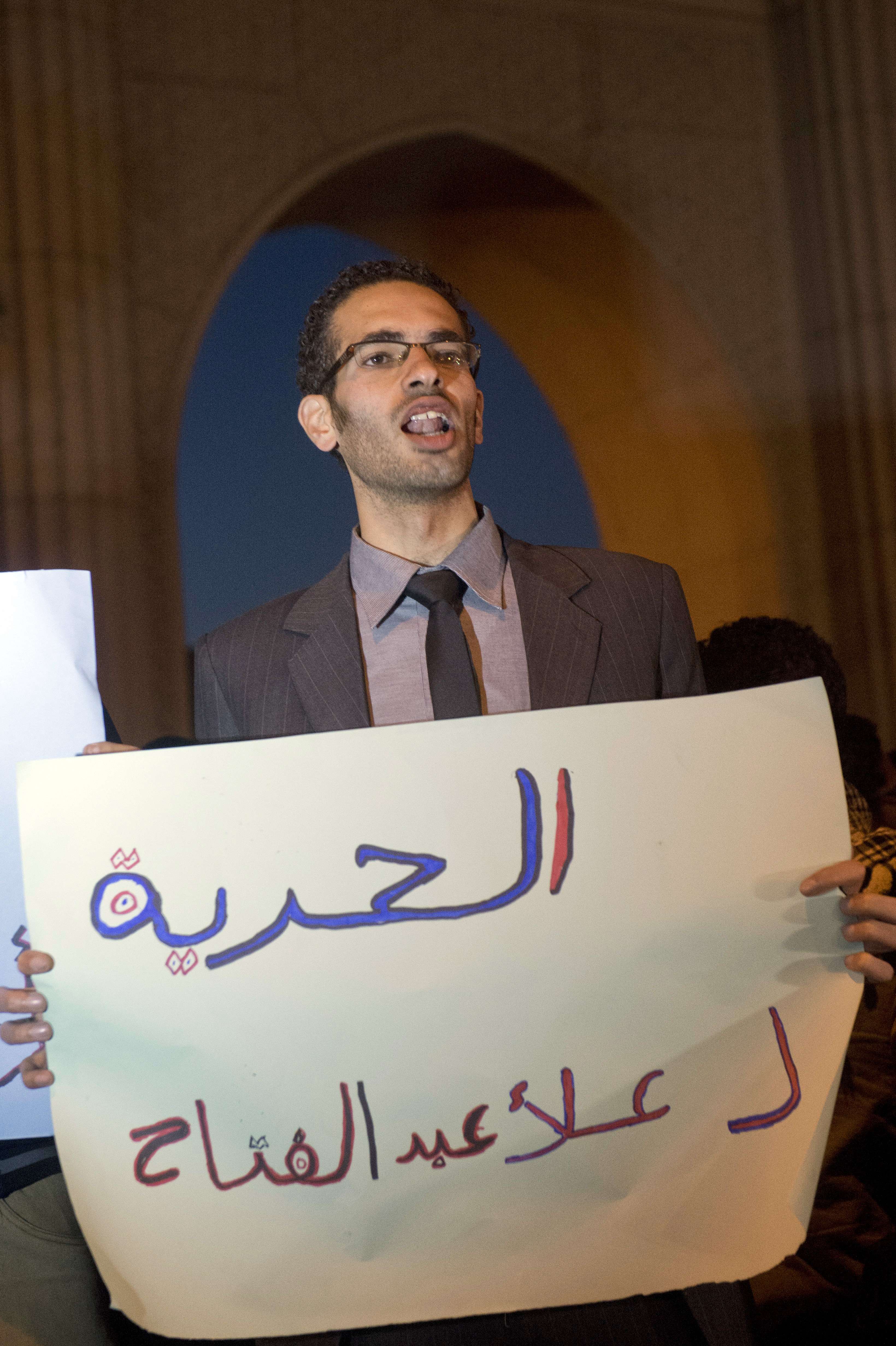 Releasing the hundreds of innocent detainees and halting torture inside detention facilities are the only means of preserving national safety and security, a group of political parties said on Friday.

The parties released an official statement condemning the practices of security apparatuses against detainees, accusing the former of systematically violating the laws and constitution on a daily basis. They decried the attack which political activists Ahmed Maher, Ahmed Douma and Mohamed Adel are believed to have been subjected to during their appeal trial on Monday.

The trio is appealing their convictions for protesting without the Ministry of Interior’s approval under the controversial Protest Law, rioting, “thuggery”, using violence against Abdeen Courthouse security personnel and possessing melee weapons.

The political parties also condemned the arrest of political activist and blogger Alaa Abdel Fattah, describing it as “an assault on justice” and adding that his detention is “illegal”.

The Cairo Appeals Court on Saturday set the first trial session for Abdel Fattah, who has been in preventative detention for over 100 days, for 23 March.

He was referred to the Cairo Criminal Court on 9 December over violating the Protest Law, among other charges, including: blocking roads, illegal assembly, acquiring melee weapons during a protest, and attacking and injuring a public servant and stealing his personal wireless device.

The parties stated that the string of arrests followed the issuance of the controversial Protest Law, issued by interim President Adly Mansour on 24 November 2013 to regulate the right to peaceful assembly. They said that “revolutionary youth” have rejected this legislation because it violates human rights cited in the constitution.

“The continuous detention of [dozens] of youth, who were an integral part of the 25 January Revolution and its second episode on 30 June, is a setback for freedoms in Egypt and a blatant violation of the laws,” the statement read. The parties condemned the preventive detention of youth without any legal basis and subjecting them to the prosecution’s investigation inside detention facilities rather than at courts.

The parties also addressed torture claims surfacing from detainees, including those arrested on the third anniversary of the 2011 revolution, especially detainees held at Wadi El-Natrun and Abu Zaabal prisons.

The continuous practice of violations and holding on to the Protest Law “confirm we are facing an integrated approach to punish those behind the 25 January revolution” and resurrecting state security through oppressive means, the parties said.

“The systematic violation of the constitution and the laws establishes chaos that everyone will pay for,” the statement read.

The United States expressed its “deep concern” over allegations that political activists facing trial were “abused and beaten by security forces” before appearing in court on Monday, in reference to Maher, Douma and Adel.