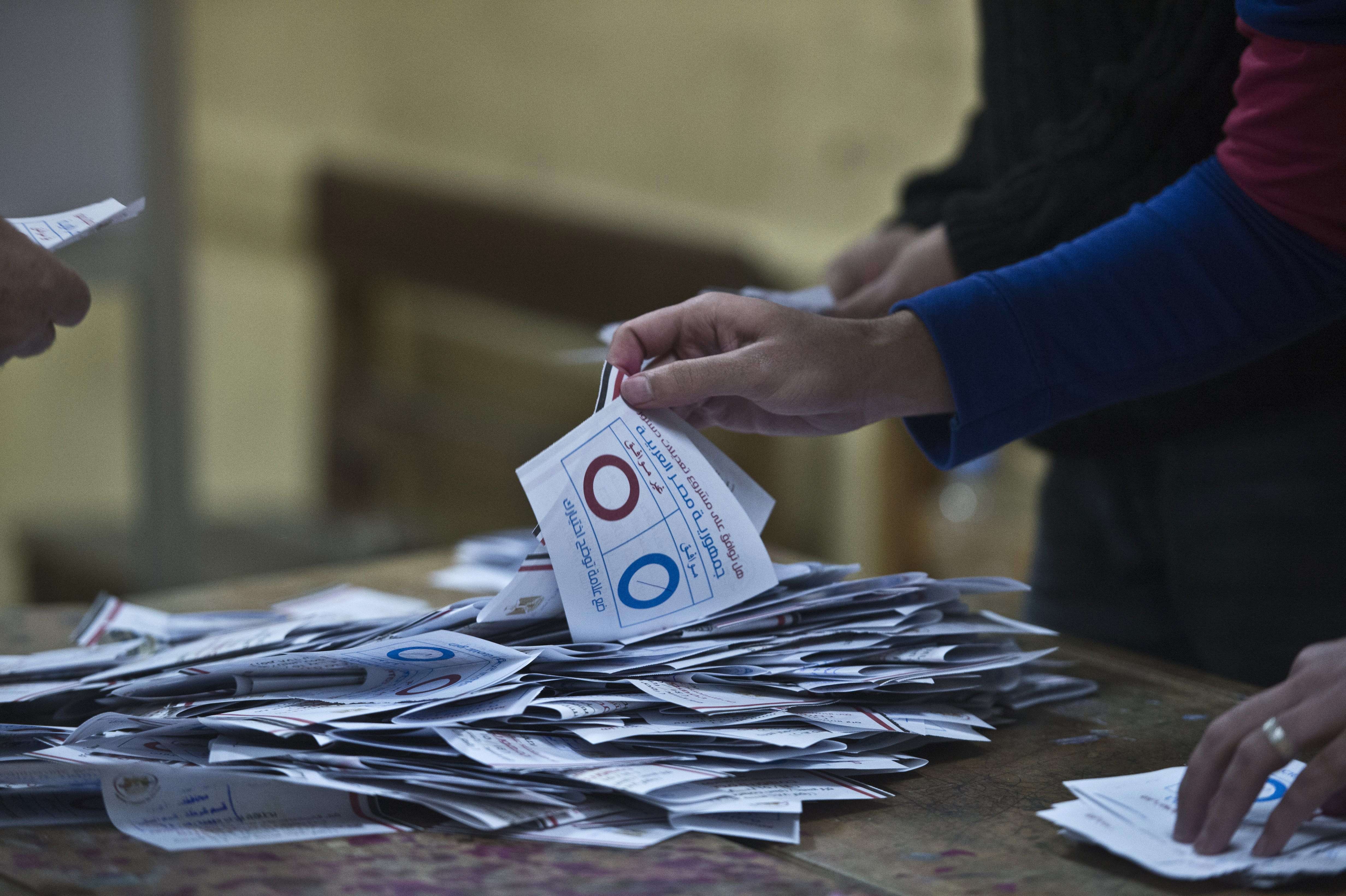 AFP – Ten Egyptians, including a journalist working for a Muslim Brotherhood newspaper, were each sentenced on Monday to a year in jail for protesting against a constitutional referendum, judicial sources said.

Egypt adopted in January a new constitution after the previous one, approved during the presidency of Mohamed Morsi, was suspended when he was ousted last July.

The 10 defendants were found guilty of “attempts to derail the constitutional referendum” held on 14 and 15 January, and “disturbing public order,” the sources said.

Journalist Samah Ibrahim was arrested while covering a demonstration by supporters of Morsi, Egypt’s first elected and civilian president who ruled for a year before his overthrow.

That demonstration in Cairo called for a boycott of the referendum, as Morsi’s supporters refused to recognise the military-installed government that promised a “democratic transition” following his ouster.

Since the ouster of Morsi, the authorities have launched a relentless crackdown on his supporters and his Muslim Brotherhood movement.

Amnesty International says more than 1,400 people have been killed in the crackdown and thousands more jailed.

The Muslim Brotherhood itself has been designated “terrorist organisation” and participating in any of its demonstrations is punishable by up to five years in prison.

Several television channels linked to the movement have already been shut down, while its mouthpiece Al-Horreya wal Adala where Ibrahim worked has been banned.