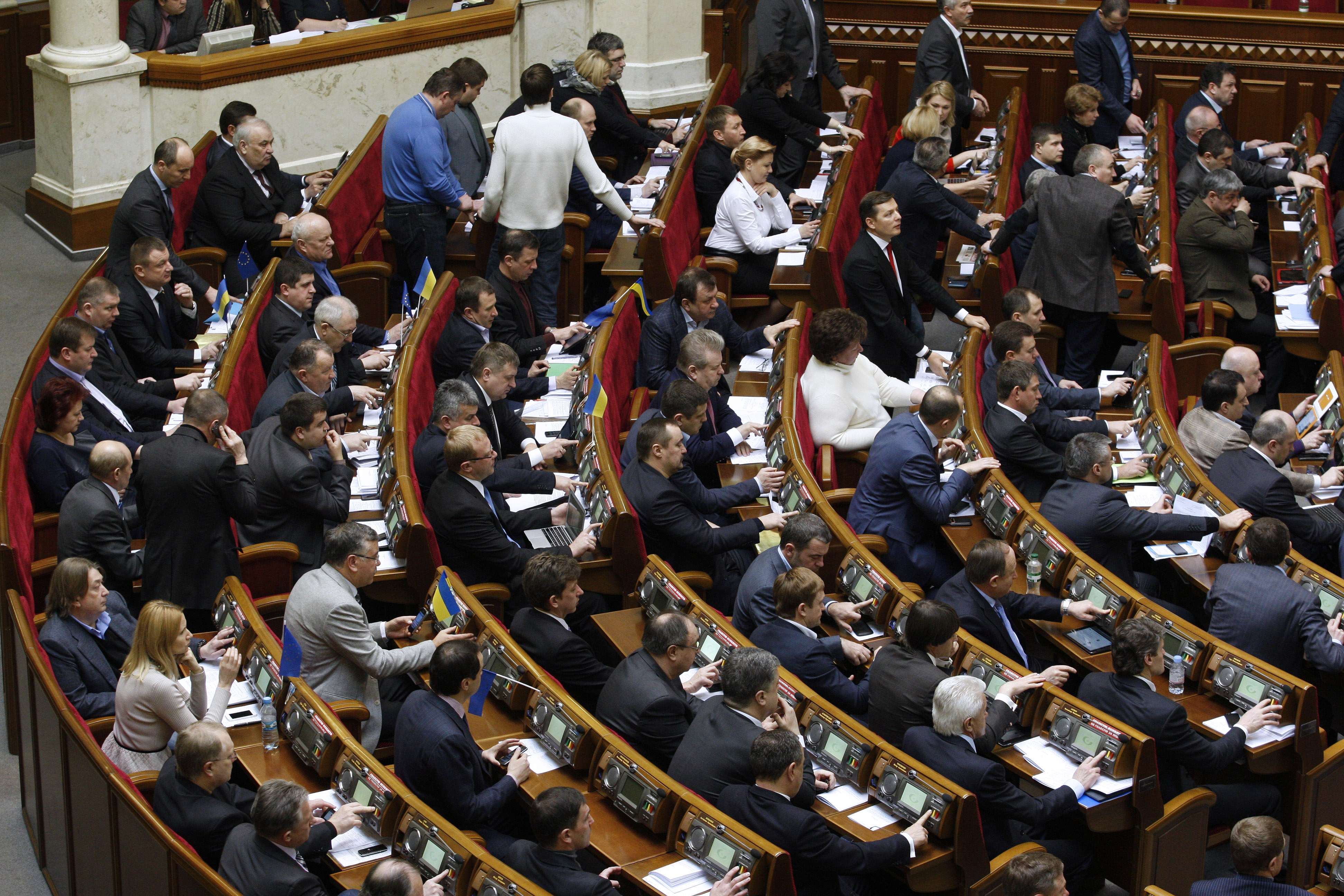 AFP- Crimea declared independence Monday and applied to join Russia while the Kremlin braced for sanctions after the flashpoint peninsula voted to leave Ukraine in a ballot that will likely fan the worst east-west tensions since the Cold War.

Official results from Sunday’s poll showed 96.77 percent of the voters in the mostly Russian-speaking region opted to switch to Kremlin rule, in the most radical redrawing of the map of Europe since Kosovo’s 2008 declaration of independence from Serbia.

Crimea’s Kremlin-backed lawmakers also declared the Russian ruble the peninsula’s second official currency and vowed to “disband” the Ukrainian military units stationed across the region – a move that threatens to further escalate the security crisis raging on the European Union’s eastern frontier.

Ukraine’s interim president Oleksandr Turchynov denounced the vote as a “great farce” and lawmakers approved a partial mobilisation of the army aimed at countering Russian troops’ effective seizure of Crimea.

Most of the international community has rejected the referendum as illegal because Russia had vowed to respect its neighbour’s territorial integrity under a milestone 1994 agreement that saw Ukraine renounce its Soviet-era nuclear arms.

But the government in Crimea announced a series of measures to sever the ties with Ukraine – including seizing Ukrainian institutions and even plans to set the peninsula on Moscow time.

Obama warned that “Russia’s actions were in violation of Ukraine’s sovereignty and territorial integrity and that, in coordination with our European partners, we are prepared to impose additional costs on Russia for its actions,” the White House said.

The ministers are widely expected to approve “targeted” sanctions against Russian or pro-Kremlin Ukrainian leaders that could include both travel restrictions and asset freezes.

The measures – reportedly affecting top Russian ministers and presidential aides but not Putin himself – are meant to demonstrate the west’s united resolve to punish the Kremlin for its overt show of post-Soviet might.

Putin has signalled no intention to turn back on what he describes as his defence of ethnic Russians who have come under increasing attack from Ukrainian ultranationalists since last month’s ouster in Kiev of a pro-Kremlin regime by a far more nationalist but western-leaning team.

The Kremlin said Putin “emphasised” to Obama that the referendum “was fully in line with the norms of international law and the UN charter”.

It said Putin pointed out “the well-known precedent of Kosovo” – a mostly Muslim region of former Soviet ally Yugoslavia whose independence is backed by Washington but not recognised by the Kremlin.

Putin on Tuesday will make a special address on the crisis that will be attended by lawmakers from Russia’s two houses of parliament. Crimea’s self-declared leader Sergiy Aksyonov also tweeted on Monday that he was flying to Moscow for talks.

Russia’s lower house of parliament is expected to debate legislation on Friday simplifying the process under which the Kremlin can annex another part of a sovereign state.

“We’re free of the occupation!” Lucia Prokorovna said amid bursts of fireworks in Russia’s historic naval port of Sevastopol.

“Ukraine was attached to Crimea like a sack of potatoes,” the 60-year-old said in reference to the decision by Soviet leader Nikita Khrushev – a native Ukrainian – to present the peninsula to Kiev as a gift in 1954.

Crimea’s self-declared premier Aksyonov – recognised by Moscow but rejected as illegitimate by Kiev and most of the world – hailed the referendum as an “historic moment”.

“We’re going home. Crimea is going to Russia,” he told those gathered on Lenin Square.

Not everyone in Crimea was ecstatic with the result.

Some ethnic Ukranians expressed bewilderment at a referendum that presented them with only two choices: to join Russia or go back to a 1992 constitution under which Crimea became a de facto sovereign state.

The status quo or better terms with Kiev were not options – a reality that along with the massive presence of Russian troops across the region prompted British Foreign Secretary William Hague to call the vote a “mockery” of democracy.

One of the greatest uncertainties hanging over Crimea itself is how the economically devastated region that relies on Kiev for everything from energy to water can survive in the span it would take to formally be accepted as a part of Russia.

More nationalist voices in Ukraine – a culturally splintered nation of 46 million people — are calling on the authorities to cut off Crimea from basic supplies in effort to get its leaders to reverse course.

“Crimea’s access to gas, electricity, water and food staples is in danger – and Russia will not be able to compensate,” said Penta institute analyst Volodymyr Fesenko.