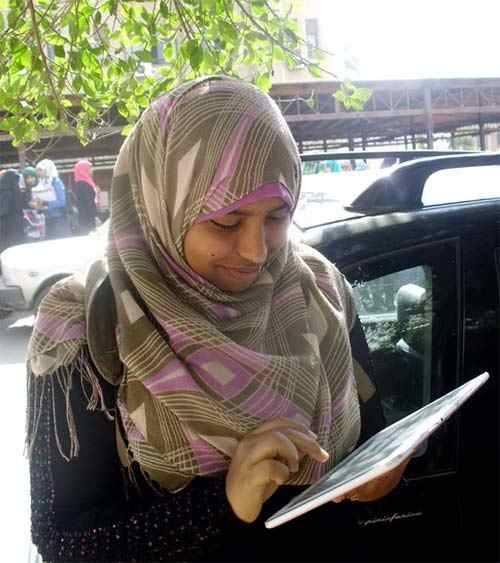 The Press Syndicate addressed the Public Prosecution in a letter on Tuesday, calling on him to release a journalist working for the Freedom and Justice Party’s (FJP) newspaper.

Journalist Samah Ibrahim was sentenced on Monday to a year’s hard labour alongside nine others for illegal assembly. The 10 convicted detainees were arrested on 14 January.

The Press Syndicate called on the Prosecutor General to postpone the implementation of Ibahim’s verdict due to her health condition, according to the syndicate’s legal advisor Sayed Abu Zeid said.

Adel Al-Ansary, chief editor of the FJP newspaper, addressed the Press Syndicate in a letter sent on 19 February saying that Ibrahim has been subjected to physical and psychological violations since her detention, said Abu Zeid. Al-Ansary reportedly added in his letter that the journalist, who was moved to Al-Qanater Prison on 15 February, was suffering from a nervous breakdown.

Abu Zeid noted that the law allows the postponement of a court verdict should its implementation endanger the life of the convicted.

Abu Zeid said the syndicate was “struck” by the news of Ibrahim’s sentencing. He added that though the journalist is not registered at the syndicate, Syndicate Head Diaa Rashwan gave out instructions to provide assistance to any detained journalists regardless of their registration.

The FJP newspaper reported that Ibrahim was arrested alongside five other women and four men on 14 January. Ibrahim was covering a march held against the military ouster of former President Mohamed Morsi at the time of her arrest. The march was reportedly “attacked” by security forces.

The 10 convicted persons were charged with assembly, taking part in a political protest, breach of public security, endangering citizens, stalling traffic and assaulting people as well destroying public and private property, according to a statement released by the public prosecution on Monday. The FJP newspaper reported that the charges leveled against Ibrahim were “fabricated”.

Journalists have been facing persecution since Morsi’s ouster on 3 July 2013. The UN Human Rights Office expressed its “[extreme concern] about the increasingly severe clampdown and physical attacks on media in Egypt,” in a statement released on 31 January.