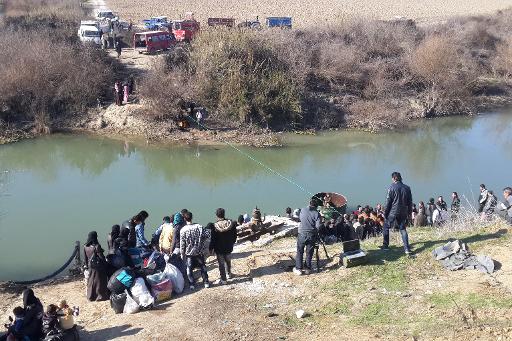 AFP – At least seven Syrian soldiers and 17 rebels were killed Friday as three Islamist groups battled to take a border crossing into Turkey.

“They have seized guard posts around the crossing but are not yet in control of it,” he said.

They also took a nearby hill and directed mortar fire at the crossing and at the nearby Alawite village of Karsana, killing five people including a child.

Friday’s clashes came after the three Islamist groups announced the beginning of the “Anfal” campaign in the Latakia area.

Al-Nusra is the Syrian affiliate of Al-Qaeda and one of a number of Wahhabi militant groups fighting to overthrow President Bashar Al-Assad.

Large parts of Latakia province have remained relatively insulated from the fighting elsewhere in Syria.

The province, which includes Assad’s ancestral village, is considered a regime stronghold, and many of its residents are from the Alawite minority, like Assad.

Elsewhere, an air strike on the Qudsaya suburb northwest of Damascus killed three women, two children and a man, the Britain-based Observatory said.

It estimates that in three years, the Syrian conflict which began as peaceful protests but became a civil war, has killed more than 146,000 people.